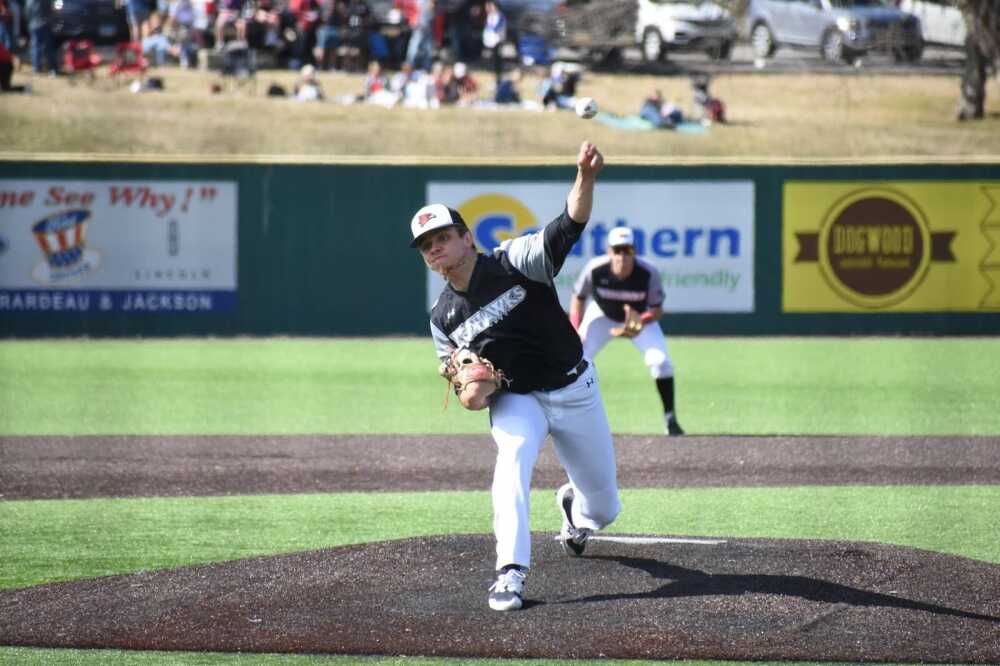 The Redhawks baseball team won three out of four games against the Illinois State Redbirds to secure the weekend series in Cape Girardeau.

Southeast head coach Andy Sawyers said the strategy against Illinois State was to focus on limiting the Redbirds’ offense.

“Our strategy heading into this series with Illinois State was to limit their on-base percentage,” Sawyers said. “Illinois State has a great offense, so we wanted to eliminate their scoring chances.”

Offensively, the Redhawks scored four runs and 11 hits to take game one in 10 innings against Illinois State with a final score of 4-3. Freshman third baseman Peyton Leeper singled to left field, scoring the final run.

Saturday, March 6, featured a doubleheader. The Redhawks’ starting pitching was solid, as sophomore pitcher Noah Niznik threw seven innings, allowing just one run and eight hits. The Redhawks offense was led by redshirt sophomore catcher Wade Stauss. He hit a three-run homerun in the bottom of the third inning to give his team a 3-0 lead. The Redhawks picked up the victory with a final score of 5-1.

Sawyers said Stauss has been key for the Redhawks this season.

“Wade has had an incredible season so far. He is an elite defender and leads the team in home runs,” Sawyers said.

Game three was the second game of the doubleheader and was a loss for the Redhawks. Starting pitcher Joey Kassana struggled, lasting two-thirds of an inning and giving up four runs. Sophomore reliever Bryce Grossious pitched four innings, giving up six runs. On the other side, freshman starting pitcher Sean Sinisko threw for seven innings allowing only one run and four hits leading the Redbirds to a 13-1 win.

The fourth and final game of the series was Sunday, March 7. The Redhawks were able to regroup and pull out an 8-1 victory over the Redbirds. Freshman starting pitcher Kyle Miller allowed just one run and six hits throughout six innings.

Offensively, Stauss had another big game, hitting a three-run home run in the bottom of the third. The Redhawks finished with eight runs, 10 hits and no errors to come away with the win.

Sawyers had positive things to say about Miller’s performance.

“Kyle has adapted to college baseball very well,” Sawyers said. “As a freshman, Kyle can keep a steady composure on the mound and not let pressure affect his playing. He is calm and collected.”

Sawyers had high praise for his starters in the weekend series.

“I was thoroughly impressed with our starting pitching this series,” Sawyers said. “Our guys did a great job of containing Illinois State’s offense, and that heavily contributed to the wins.”