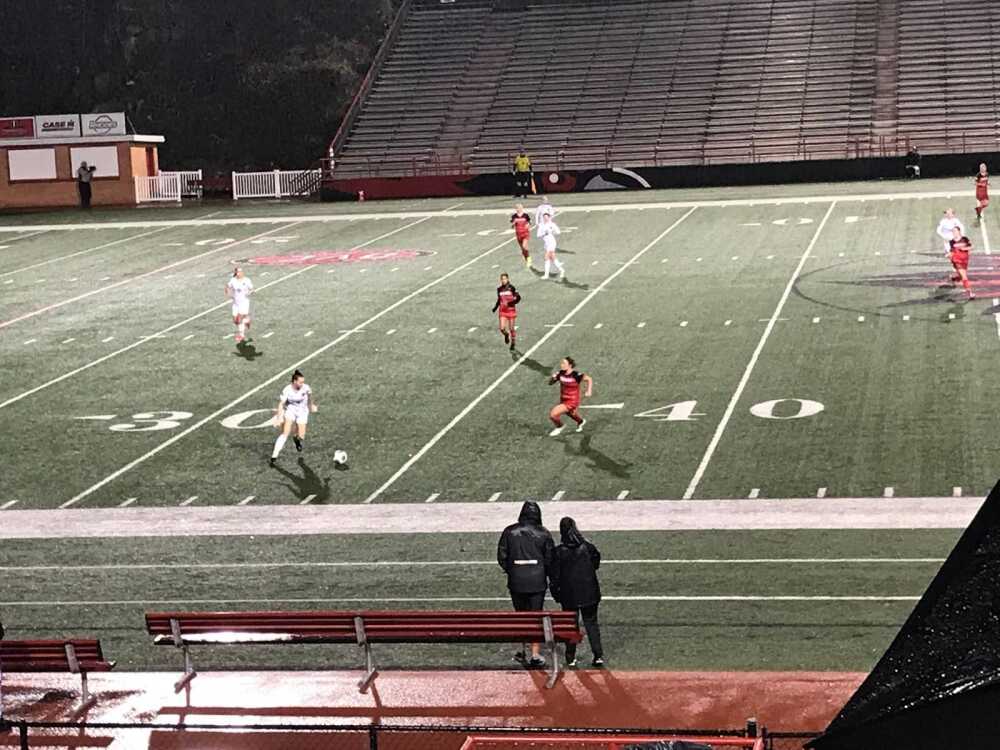 The Redhawks go to pressure the ball during Southeast’s 1-0 win over Austin Peay on March 13 at Houck Field.
Photo by Ryan Duvall

Southeast soccer used an early goal from junior forward Lauren Welker to propel them to a 1-0 victory over the Austin Peay Governors on March 12 at Houck Field.

Welker said that her positioning during the game was good and that it led to her goal.

“I think I did well with my positioning as far as knowing when to go forward and knowing when to help on defense,” Welker said. “My team as a whole does a great job communicating and telling each other when to go and when to hold. So that makes it a lot easier on me to be comfortable making hard runs on offense.”

Welker elaborated on the team’s improvements in the three games this season.

“This season specifically, we have improved by making sure our passes get completed as well as holding up the ball and not giving it away when we receive it,” Welker said

The Redhawks were strong defensively. They held Austin Peay to one shot on goal the entire game and allowed just one corner kick.

Redhawks coach Heather Nelson said the team’s strategy heading into the game was to pay attention to the emotion of Austin Peay.

“They are a good team, but they already came in with two straight losses, so we needed to watch their emotion on the field,” Nelson said.

Nelson said she was impressed with the way her team dealt with the adversity of the playing conditions.

“Obviously the weather had an impact on the game,” Nelson said. “As you could see players would fall down and the ball was slick. Our girls did a great job dealing with the weather and playing well through it.”