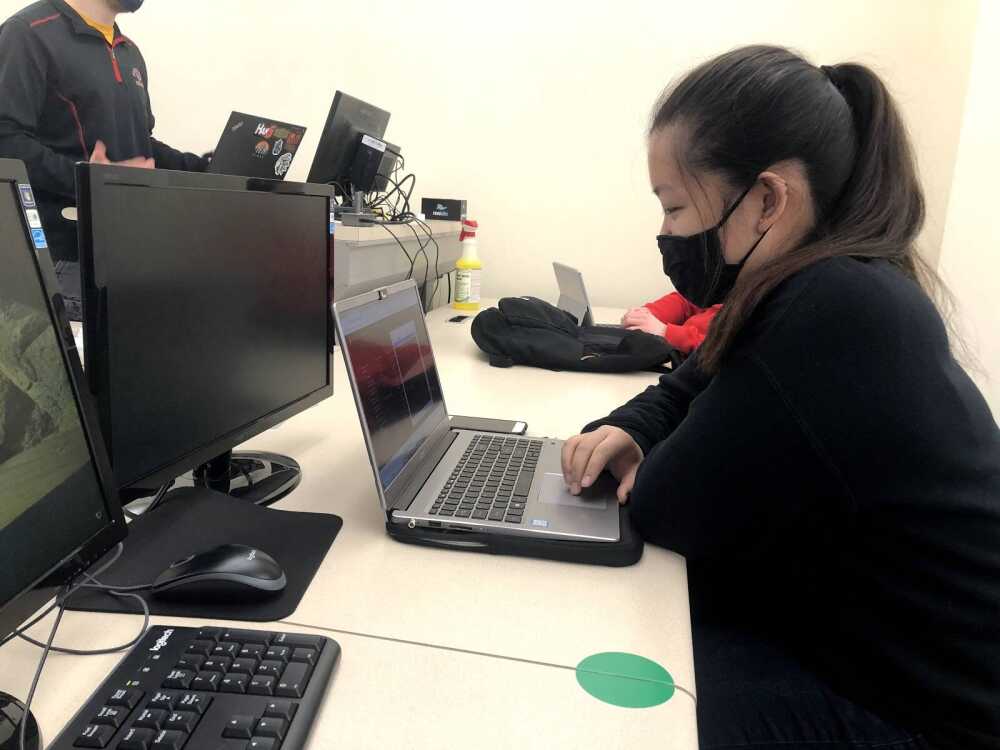 Second-year team member Jennifer Tenholder practices for the Erich J. Spenger Midwest Regional Collegiate Cyber Defense Competition that will be on March 19 and 20. The Cyber Defense Club practices three days a week to prepare for both the state and regional competition.
Photo by Cassie Meyers

The team consists of eight competing members and four alternates. The state competition was approximately eight hours long, and the competitors had to fight against simulated hackers to save their company.

Senior Gabe Stier competed with the team for three years before becoming the captain this year. Stier said the competition is different every time, and the team is unaware of the environment they are walking into until they are in there.

“We have to be so diverse that we are able to step into any environment and secure it from a basic level,” Stier said.

Stier attributed the team’s success to the hard work and dedication of the team members. He described the team as a close group of friends who get along and work well together.

“The willingness to learn and the willingness to put in the work [is what gives us success],” Stier said. “We have put countless hours into practicing. If I had to put a number, at least 100 hours just before the state competition.”

The amount of times a week they meet depends on how many members can attend. Stier said they try to meet when everyone can to maintain the team atmosphere. Each practice consists of members working at their own pace and an open discussion between them.

Each team member has their role that is vital to the success of the team. Sophomore Jennifer Tenholder, the team’s liaison, communicates with the judges.

“I saw the team as a way to supplement my knowledge,” Tenholder said. “Joining the cyber defense team is actually one of the things that drew me to SEMO.”

“Learning in the classroom does get you the base-level knowledge, but getting to work hands-on and getting to actually touch physical equipment is where you are going to develop those skills you need in the real world and working a real job,” Tenholder said.

Stier said the team is excited to be competing in the regional competition. They will be competing against approximately 10 schools from across the Midwest.

“From a regional standpoint, DePaul is our biggest competitor,” Stier said. “We have gotten second on our Midwest Regional, and they have been the ones that have actually beat us.”

The regional competition is remote, so the team is competing for the regional title in Dempster Hall.