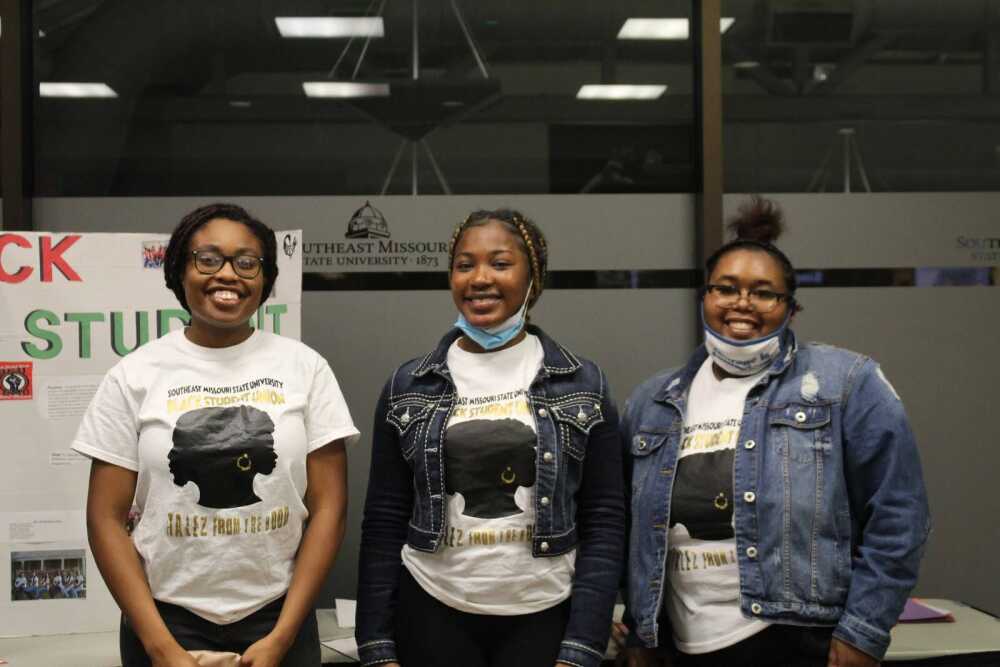 On March 5, God’s Ensemble, the Gospel Choir at SEMO put together a live show to celebrate Black history and excellence. The show featured live music, singing, dancing and trivia. The Black Student Union (BSU) and The Ordered Steps, a student organization that dances at events, performed as guests.

Throughout the show, God’s Ensemble performed Gospel songs and recited the poem “Black is Beautiful” by Shannon D. Brown-Rogers. They gave a presentation on the history of Gospel music in general and on campus.

The BSU gave a presentation describing the club and its history and introduced the executive board. They encouraged people in the audience to join and had a table set up for people to sign up for the club during the 15-minute intermission.

To wrap up the program, attendees participated in trivia about Black culture on Kahoot featuring prizes for the first three winners.

Camille Shoals, junior and President of God’s Ensemble, said “the main goal of the event was to share Black culture and show Black culture is not monolith.”

She wants to see the university form a committee to address racism on campus.

“I’m not talking about a Diversity and Inclusion [Committee], but rather an active anti-racism mechanism,” Shoals said. “They need to do more to make us feel comfortable.”

God’s Ensemble rehearses each Thursday from 7 to 9 p.m. at the Baptist Student Center.

The Black Student Union’s next event is a Black Career Expo. At it, small, Black-owned businesses from St. Louis and Illinois will promote their businesses and products in the Redhawks room in the UC on campus. The event is available in person and online Thursday, March 25, from 6 to 9 p.m.

For more information on joining the Black Student Union or God’s Ensemble, contact bsu.semo2@gmail.com or godsensemble2018@gmail.com.