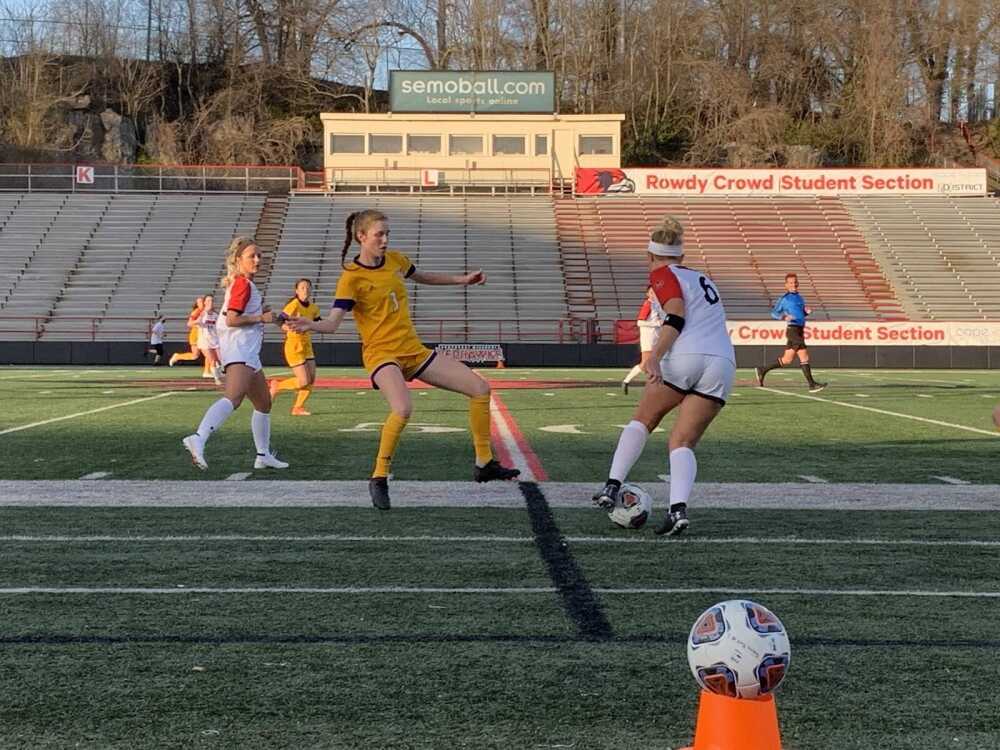 On March 19, the Southeast soccer team defeated Tennessee Tech 1-0. After 77 minutes of scoreless soccer between the Redhawks and the Golden Eagles the stalemate was broken. Senior forward Lexi Grote scored what proved to be the winning goal off an assist from senior midfielder Hannah Compernolle.

Grote said leading up to the goal she had the mindset that there was not much time left in the game and she wanted to score.

“I think me, as well as the rest of the team, were kind of relieved. We didn’t want to go to overtime,” Grote said. “It was an aggressive, hard-fought game so it would have been a bummer to tie or lose.”

In the first half, Tennessee Tech outshot SEMO 8-4, four of their shots were on goal and were saved by junior goalkeeper Bailey Redden. Both teams had scoring opportunities but none connected. Redden said this was the first game she was tested in this year.

“It was a lot of making sure me and my defensive line were on our toes and just making sure we were ready for the shots,” Redden said.

The second half started out much like the first with scoring chances from both teams with none connecting. Tennessee Tech had four shots and two of them were on goal, both were saved by Redden. The Redhawks had six shots, with four of them on goal.

This win was the fourth shutout in a row for SEMO, who hasn’t let an opponent score since March 5. Southeast coach Heather Nelson said she was proud of the defense and how they stepped up against a well-organized Tennessee Tech team.

“I’ve been very pleased, we have seven or eight people in addition to our goalkeeper that really take care of our team to make sure we’re a difficult defense,” Nelson said.

The Redhawk's next game is Tuesday, March 23 at 6 p.m. against the Southern Illinois University-Edwardsville Cougars at Houck Stadium.