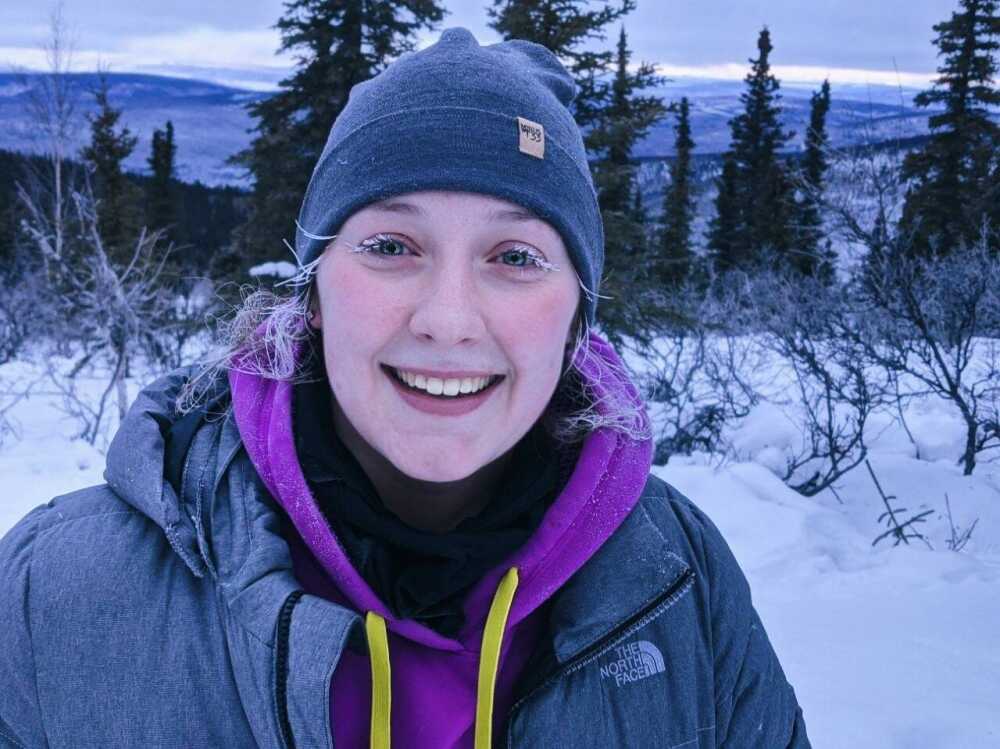 Southeast alum Sidney Robertson, a Fruitland native, delivered COVID vaccines to remote locations in Alaska for five weeks, beginning Christmas of last year to most of January of this year.
Photo by Sidney Robertson

For five weeks, Southeast alumni Sidney Robertson, a Fruitland, Mo., native, traveled to remote areas of Alaska delivering vaccines, from late December 2020 through most of January 2021.

Robertson did her pre-pharmacy at Southeast in 2015 and is now in her last year of pharmacy school at Southern Illinois University — Edwardsville completing her rotations. She applied and was accepted to the rotation in Alaska, a site contracted with her university, where she spent five weeks.

What students do in rotation depends on what needs to be done in the area a person is located in. Robertson was unaware she would be delivering COVID-19 vaccines as part of her job; however, she said she is thankful for the opportunity to help out and venture outside of her comfort zone.

“I actually left the Southeast region on Christmas, and I was supposed to be in Alaska all throughout January. So I was going when it was extremely cold, when it was dark, and that’s not something I’m used to,” Robertson said. “I don’t really like the cold. But I actually enjoyed it. It wasn’t nearly as bad as I was building it up to be in my head.”

Robertson said she feels a sense of duty to help people, especially people who otherwise would have limited access to health care providers. Robertson said in order to work in health care, “the first step is you have to care.”

“One area, there were 60 people over the age of 18. There were not very many people — it was very rural — and there’s not a doctor, nurse or pharmacist there in that village,” Robertson said. “So it’s very important for these people who live so remotely to be protected from a virus that could be very severe, such as COVID-19.”

Robertson has worked in a community pharmacy aside from her school rotations. To people who are skeptical about the vaccines, she said they should consider doing their research from credible sources, or go ask their local doctor or pharmacist for more information.

Robertson said she has gained much from her experience in Alaska in ways that can’t be described.

“I got the opportunity to travel to places that I never would have otherwise,” Robertson said. “These are villages that very few people can say they have ever visited. I was exposed to other ways of life and cultures, living in such a rural area. Some of these places didn’t have electricity or heat, and I was getting to help these people out. They were extremely thankful, which was really awesome.”