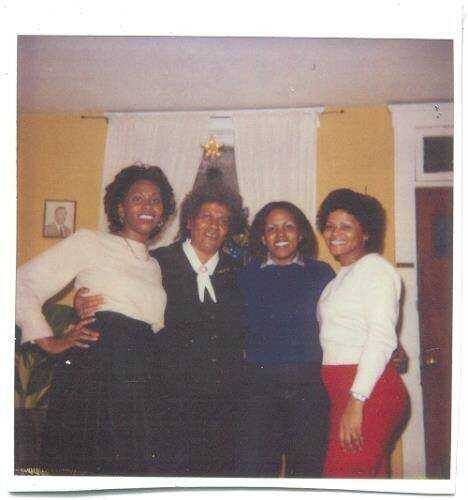 Geraldine “Dean” Harris, 70, is checking a task off her own list by completing her bachelor’s degree at Southeast this spring.

After she completed her associate’s degree in the late 1970s at El Centro Community College in Texas, she said “life got in the way” of earning her bachelor’s. 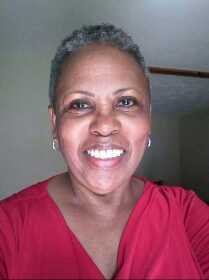 Dean Harris wears red to show her SEMO spirit. Nearly 50 years after beginning work on her bachelor’s degree, Harris will graduate in May.
Photo submitted by Geraldine “Dean” Harris

When she was very young, Harris grew up in urban housing projects in northern St. Louis city; she said she enjoyed living there, and everyone was friendly. Her family moved to a three-bedroom home in 1961, where Harris, one of nine siblings, shared a room with her four sisters.

After her high school graduation in 1969, Harris worked as a nurse’s aide at St. Louis Children’s Hospital for two years before enlisting in the military.

“I just knew there was more to life than what I was seeing,” Harris said.

She was stationed in Germany — her trans-Atlantic flight was the second time she had ever stepped on an airplane; the first was the trip to bootcamp. While serving as a telecommunications specialist in the Army, Harris said she took time to explore the country and culture. It’s an experience she described as “the best time in the world.”

The locals were very accepting, Harris said, and she didn’t receive the same negative treatment she experienced in Missouri.

“I didn’t experience some of the things I had experienced in [St. Louis],” she said. “And I had so much fun! I learned how to ride trains, and I’d been to everywhere I wanted to over there.”

Still, she said she wanted to visit London and Paris, but she was “too busy having fun” at the time. Another two items for the bucket list, Harris said.

She was honorably discharged in 1976, and the newlywed moved with her husband to Fort Knox, Ky., and later Dallas. The couple adopted her husband’s niece — she never had children of her own.

“My mother had enough children,” Harris said. “If I had children, I wouldn’t have been able to do the things I have done.”

Harris said her father’s work ethic pushes her to produce her best work. He worked for the city of St. Louis for 35 years and never took a sick day, she said. Immediately before his retirement, he finally used his accumulated 2,000 hours of sick leave.

He sometimes worked three jobs at a time.

It’s an attitude Harris brought to her career and, eventually, she started her own business in 1986. Dean Harris Temporary Services allowed Harris to enjoy temporary employment — which she loved — without an outside temporary employment agency. She also made it a priority to care for the people in her life; while trying to take a few classes at Southeast in 2017, Harris said life once again took over.

While she had divorced her husband previously, he grew sick, and Harris stepped in to take care of him. He passed away in 2018.

In 2019, Harris decided to finally complete her dream of earning a bachelor’s degree by enrolling at Southeast. She brought with her 53 credits from previous education; a transfer error that wasn’t discovered until her sophomore year boosted her to 96 transfer credits and raised her class standing to senior. She’s majoring in general studies as an online student.

Her mother had a third-grade education, and Harris recalls her father attending night classes to reach an eighth-grade education level. She said this instance of her father’s work ethic is what motivates her today.

“They told us, no matter what, we could be whatever we wanted to be,” she said.

She cares for her brother, Roy, at his home in Florissant, Mo. The Purple Heart recipient is disabled from combat injuries and exposure to the chemical Agent Orange during the Vietnam War, she said. He also experiences PTSD, Harris said, and she spends much of her time caring for him.

In May, she will graduate with a degree in general studies. When she reflected on her education journey, she teared up a bit.