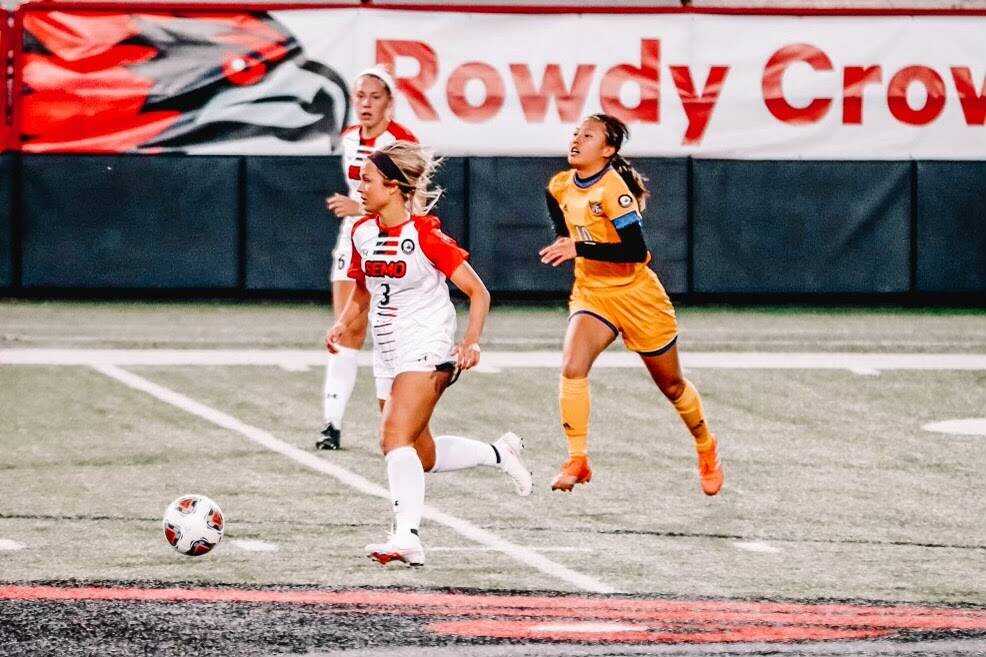 Lauren Welker dribbles up the field during the March 19 game against Tennessee Tech at Houck Field in Cape Girardeau.
Photo submitted by Lauren Welker

A shortened season was not what anyone on Southeast’s soccer team wanted, but junior midfielder Lauren Welker has made the most of it. In just 10 regular season Ohio Valley Conference games, Welker has totaled five goals and four assists.

This has been Welker’s breakout season, as her first collegiate goal came against Jacksonville State on March 5 and she has added four more since. Welker said COVID gave the team a lot more time to practice. Welker also said the team has confidence in her near the goal.

“Their confidence really has helped me a lot this season,” Welker said. “We work so well together to get the ball up the field.”

Along with being a productive player this season, head coach Heather Nelson said Welker is an even better teammate.

“Lauren likes to lead by example,” Nelson said. “She’s soft spoken but she’s that nice mediating voice when we need it.”

Nelson said Welker’s footwork along with her explosiveness as an athlete is what makes her such a good midfielder. She said opposing defenses can have a hard time against Welker.

“They have trouble if they’re left one on one with her,” Nelson said. “So Lauren has been getting a lot of attention where she’s been double or triple teamed this season.”

With Welker being from Jackson, Missouri she said the hometown aspect of SEMO was a big reason she decided to play here.

“I love my family being able to see me play every game,” Welker said. “Not only that but just the community as a whole comes out to support so it makes it really fun and special.”

The team has a chance to make a run for an OVC Tournament Championship this season as the four seed. On Thursday, April 15 SEMO takes on the one seeded Murray State Racers, where the winner will face off against either Southern Illinois University-Edwardsville or the University of Tennessee at Martin.

Murray State is the team who ended the Redhawks chances at the regular season championship, so Welker said the team is pumped up and focused for the rematch.

“We’re all happy to have these few extra days to prepare and fix the little things,” Welker said. “We’re ready to play.”

SEMO fans will have another chance to watch Welker and the rest of the Redhawks this coming fall in what is her senior season.