Anna Kaziska revisits experience and her path to NCAA Regionals 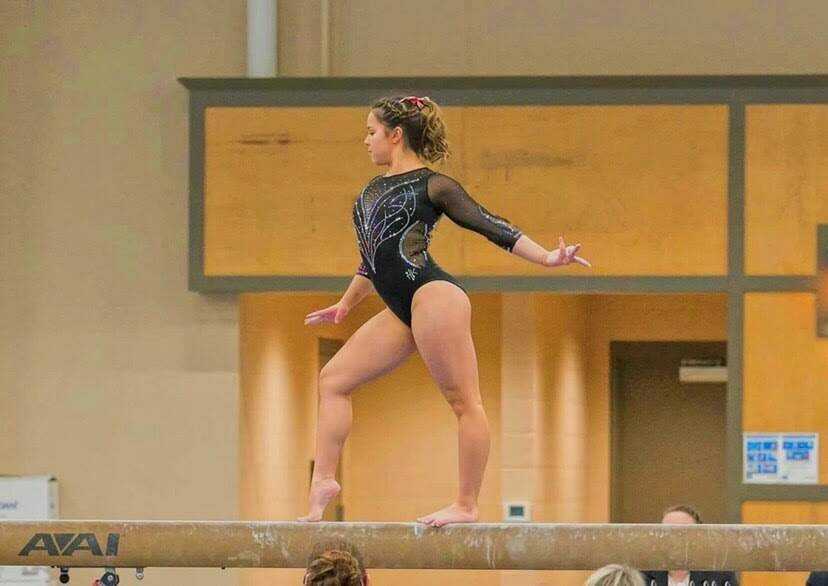 Anna Kaziska competes on beam during a meet. Kaziska won the 2021 USA Gymnastics Women's Collegiate National Beam Championship on April 11 at the Show Me Center in Cape Girardeau.
Photo submitted by Anna Kaziska

Junior gymnastics all-arounder Anna Kaziska recently qualified and competed at the NCAA Regionals in Salt Lake City to perform on the floor and beam on April 2. She qualified for regionals because of her performances on the floor and beam, which placed her in the top 12 for individual gymnasts in the Midwest Independent Conference.

Kaziska said one of the main factors in her success is trusting in her training. She credits her teammates and coaches for having trust in her, which makes it easier for her to trust herself and perform well.

Senior all-arounder Alana Fischer said she is impressed with Kaziska’s confidence when she performs.

“The way that she portrays herself and her skills are all so eloquent. Anna is also a perfectionist on the floor, so she wants to perform at a high level, which helps the team tremendously,” Fischer said.

Kaziska has made improvements to her gymnastics by learning different training methods. She said the intersquad work the team does in practices helps her preparation for meets. Visualizing her performances better mentally prepares her for competition.

Head coach Ashley Lawson said Kaziska betters herself as a performer by the way she trains.

“Anna comes in and does what she’s asked of her,” Lawson said. “She works hard and always trains like she competes, which I think is a difference maker in her performances.”

Lawson said what separates Kaziska from other gymnasts is her consistency. She said she always hits her vault and is instrumental to her and the team’s success.

Kaziska said she does a great job of staying focused and not putting pressure on herself. She said she has improved on having more fun with competing, which makes a difference on her performances.

Experience, consistency and confidence contribute to Kaziska’s success as a gymnast. Having a performer like her helps build success for the Redhawks gymnastics team.