Two Alums journey from graduation to working in other fields

As many students ponder their career choices while graduation approaches, two Southeast alumni, who graduated with a degree in one field, are currently working in a different sector of the workforce. 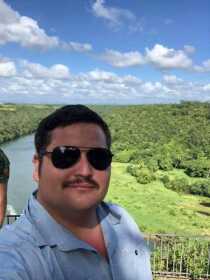 Southeast alum Adam Metelski, who graduated with a Parks, Recreation, and Leisure Studies degree, now works in a different field, as an extraction operator at Biokyowa Inc.
Photo Submitted by Adam Metelski.

Metelski was a non-traditional student. He said he chose to attend college due to career stalls and to have something to fall back on. Metelski has worked in a variety of career fields, including construction.

After graduation, Metelski found a job in outdoor recreation, working for the state of Missouri.

Metelski said it is challenging to be more selective in this day and age when looking for jobs. He said it was important for him to do something that met his family’s basic needs and to help out financially in order to make sure everything was taken care of. rather than working a job offering lower wages.

Metelski said, in his case, he had to make a decision for the future of his family. He had to decide whether to work a job in recreation, starting out at the bottom, which offered low wages, while trying to maintain a family or transition to a different field. He ultimately decided to go with the latter.

Metelski transitioned to working at chemical manufacturing plant, Biokyowa Inc., as an extraction operator, where he makes amino acids.

Metelski said he is looking to stay long-term in his current field while pursuing part-time opportunities. He also is interested in taking more college training courses in the field he’s currently in. He hopes to one day be a part of a program, part-time, catering more towards recreation. For now, he is working long shifts, making it challenging to take on extra work. 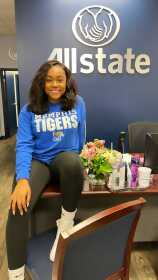 Southeast alum, Toslin Taylor, who graduated with a degree in Mass Comm: Multimedia Journalism, found success in her minor, Marketing. She now works as a Marketing Manager for Allstate Insurance.
Photo Submitted by Toslin Taylor

Alum Toslin Taylor has taken an unconventional path to get to where she is. Taylor said journalism is very political, and oftentimes, has struggled to find jobs.

“A lot of times it’s about who you know and not what you know,” Taylor said, “I’ve learned that just by trying to get other jobs after college.”

Taylor said there were other factors that proved a career in journalism to be challenging, such as finding something within the field she would enjoy, being unsure whether she wanted to be in front of the camera, and having to move far from home.

“When it came to being on the hunt for a job in journalism, I would have had to move far away or to some small town, I wasn’t ready to venture out just yet,” Taylor said, “Personally, I was more interested in the social media side of news, so I would have had to go to Los Angeles to do something like that.”

Taylor said she decided she would figure out how to make journalism and day-to-day life work. She said she had more success in the area of her minor, marketing. Taylor currently works for the Alexander Group, Allstate Insurance as a marketing manager.

Taylor said working as a marketing manager at Allstate has been a good fit for her. She said she loves what she does and gets to help different people every day. Taylor said she likes that her job is never the same, which is something she originally enjoyed about journalism.

As part of her job, Taylor incorporates some of the skills she learned in the Mass Media department at Southeast by working on the company’s social media and marketing campaigns, and doing different outreach activities for potential customers.

In the future, Taylor is looking towards entrepreneurship, specifically having an interest in a real estate career.

“I can say even when I do work for Allstate and for an agent, I still work for myself. I’ve become my own boss,” Taylor said, “So, I don’t think I would necessarily want to go back to a corporate America type news setting.”

Taylor stressed the importance of college graduates being extremely flexible. She said students, oftentimes, place expectations on themselves but it is important to go after any and every opportunity there is, whether it is in or outside of your field.

She said the job you get may not be permanent but it gets you the opportunity to gain some experience, which is what a lot of potential employers are looking for.

Dan Presson, director of Career Services, said when it comes to a person’s career trajectory, it is very common for someone to get a degree in one area and find a position in another.

Presson said people’s personal interest changing, their maturing personal career goals changing, the market changing and other variables can lead to a person looking for a position different from their original degree program.

“There are a lot of transferable skills that supersede all of the different career areas that a student with a bachelor’s degree can secure,” Presson said.

Presson said it is important for current students to diversify themselves, take different classes across the campus, gather as many skill sets as you can, and figure out what you like and dislike. He said these are the big things that will guide a person’s future career choices.