Kynzie Wrigley takes advantage of playing time as a freshman 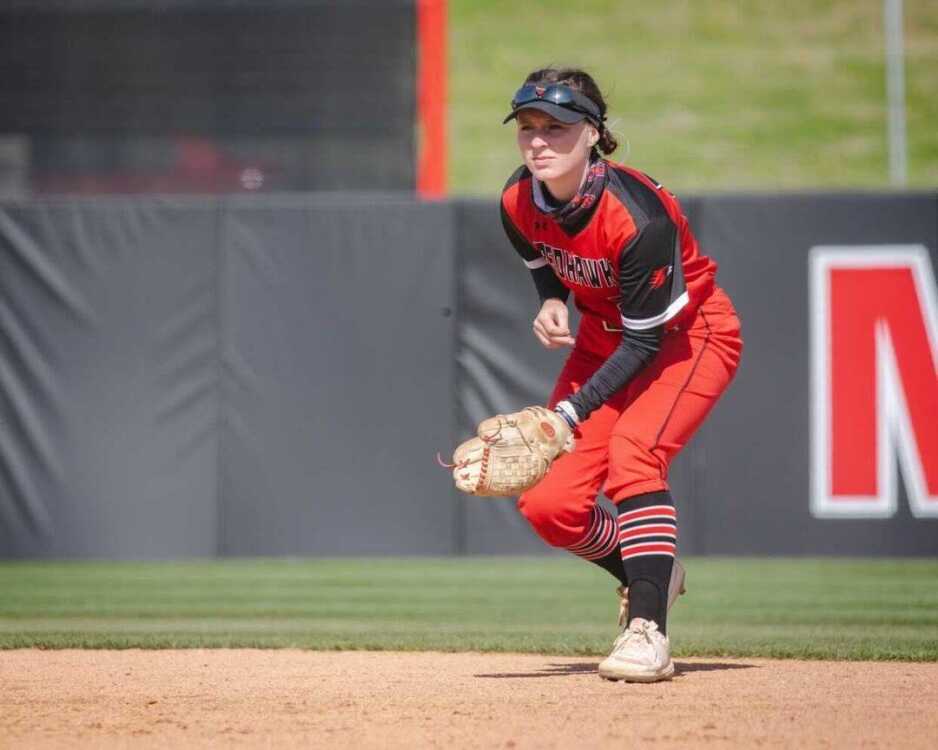 Kynzie Wrigley gets set before a pitch during a game at the Southeast Softball Complex in Cape Girardeau.
Photo submitted by Kynzie Wrigley

When it comes to developing a good team, one must always develop at growing its young core. The Redhawks have done just that, as freshman second baseman Kynzie Wrigley has proven to be one of their more valuable sources of offense.

By exposing younger players to higher competition, it helps them get the experience they need to ascend to the next level. Coach Mark Redburn acknowledged the importance of developing the younger athletes.

Redburn noticed how Wrigley came out her freshman year with confidence and attacked the season head-first. By asserting herself as she did, Redburn says Wrigley is nothing short of amazing.

Wrigley has the third-highest batting average on the team, with a .360 average. The countless hours Wrigley said she spent training for her first season with the Redhawks has paid off.

“Obviously, I came in knowing that this is a good program,” Wrigley said. “I just worked really hard over the summer, and I knew coming in that I would have big shoes to fill with the seniors going out.”

Although Wrigley has had success at the plate, she still wants to improve on how she approaches each pitch.

With Wrigley being a freshman, she does not let the lack of experience at the college level get the best of her when she is in the batter's box. Wrigley said she enters the box with a clear mind and tries not to think of anything at all.

Senior outfielder Rachel Anderson said she sees a little bit of herself when it comes to watching Wrigley play.

“I really connect with her a lot,” Anderson says. “People look at her and say she’s the mini version of me. I’m so grateful that I took my fifth year just so I could really be her teammate and get to know her.”

Anderson said she believes exposing Wrigley with in-game situations will help her in the long run, as it did for herself.

Anderson said any playing time is good playing time. Anderson also acknowledges how SEMO is doing themselves a favor by giving Wrigley the opportunity to get as much playing time as she has been getting.

“Any playing time is good playing time,” Anderson says. “Whether you start or not, you’re still a part of the team, but I think it’s really going to be huge for the SEMO program by Kynzie being able to get all this playing time.”

With Wrigley’s freshman season drawing to an end, the Redhawks face UT Martin at the Southeast Softball Complex. The double header between the Skyhawks and the Redhawks begins at 3 p.m. Wednesday, April 28.