Preparing students for a booming industry through producing hemp 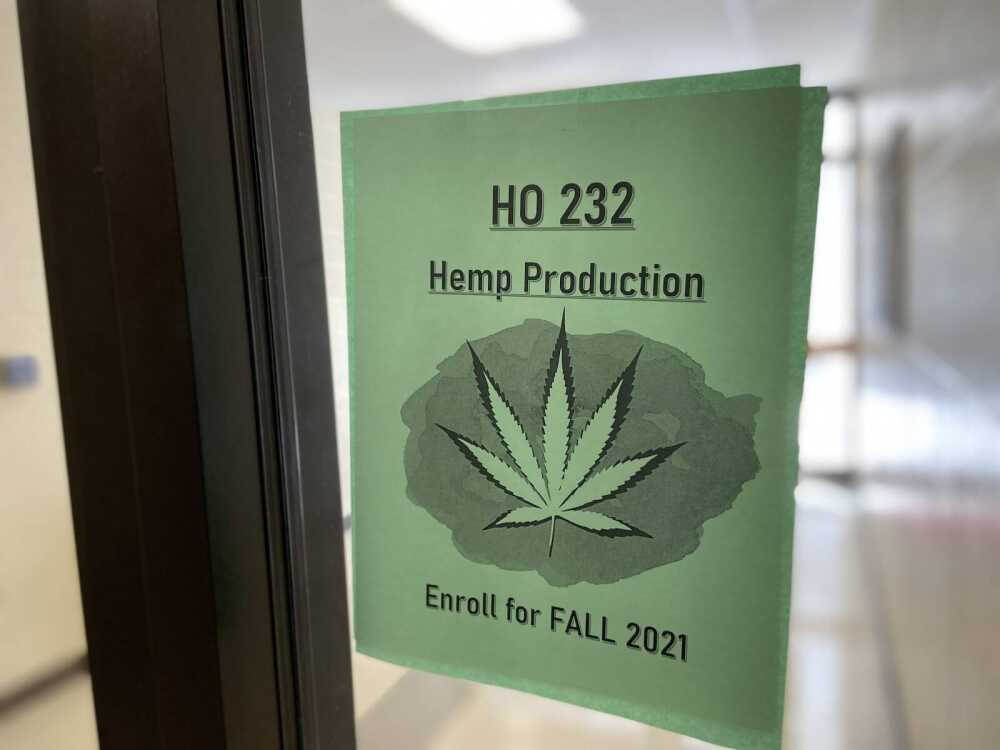 Flyer for HO232 Hemp Production class in Rhodes hall. The class will be offered to all students in Fall 2021.
Photo by Noelle Williams

The legalization of cannabis has become a trend in past years. The federal government approved the use of hemp, a cannabis sativa plant with less than 0.3% THC, and to be used by students as an agriculture product.

To help prepare students for a booming industry, the department of Agriculture now offers HO232, “Production and use of hemp,” a class teaching the history, use and growth of the plant.

“It came about by student demand. In 2014, the federal government gave students permission to start looking at industrial hemp as an agriculture product,” Sven Svenson, professor with the Department of Agriculture, said.

Svenson said the university took a couple of years to prepare the course and approve it. In fall 2020, the class was offered for the first time, where students do not grow hemp, because it was not approved by the university.

“They started asking, ‘Since this crop is about to get legal, can we get a class so we know how to do it?’” Svenson said.

He said people often are not educated on the multiple uses of the plant, like its use in cars and clothing.

Svenson said industrial hemp is used for fibers, to make things like hempcrete. This plant is often used for things like clothing, cars, soaps, oils and more.

He said the growing market isn't the only thing attracting students to the industry; so is the pay.

“What the students are seeing is the pay scale for the positions. The demand for folks who have skill with that crop is high, but the number of people who know how to do anything with it is low,” Svenson said.

Svenson said despite the class being new to the department, students are already benefiting from the course.

“We have a student here who is traveling to Portland, Ore., for a job interview. … Even Southeast Missouri, from way out on the West Coast, they are willing to look at our students to have at least one class. It’s already opening up job opportunities,” Svenson said.

Jesse Summers, senior, said he’s always had an interest in the cannabis industry. He decided to take the class to get a foot in the door.

“I did that to get as much background I could to put myself into the cannabis industry,” he said.

Summers is a part of NORML, a campus organization that promotes the education of the proper use of cannabis in the Southeast Missouri area. He said he recommends students who are interested in the field take the course.

Svenson said the class is offered in the fall.