Challenges of balancing academics, athletics while paying for college 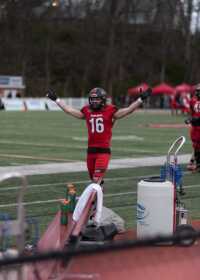 Colby Cornett (left) celebrates on the sideline after scoring a touchdown vs Austin Peay at Houck Field on March 14.
Photo by Anna Estes

Student athletes are faced with the task of succeeding in their sport and in the classroom, all while worrying about the financial aspects of college life.

According to the NCAA, only 2% of high school athletes receive a scholarship, with NCAA Division I and Division II providing more than $3.6 billion dollars in athletic scholarships per year.

In Division I men’s sports football gives the most scholarships, followed by ice hockey, basketball, track & field, lacrosse, and baseball.

Colby Cornett, senior wide receiver for Southeast football, joined the program as a walk-on in 2016, where he was redshirted. Cornett played the 2017 and 2018 seasons as a walk-on, as well, before he was awarded a scholarship at the conclusion of the 2018 season.

Cornett said the first three years as a walk-on were filled with much more pressure dealing with academics, performance on the field, and worrying about paying for college.

“The whole time, you’re focused on getting that scholarship,” Cornett said. “You come in, and they tell you [that] you have this opportunity, but not only do you have to do well in school to get that, but you have to do well on the field. It’s a lot more pressure when you don’t have [a scholarship] because you’re coming from the ground up.”

“They still have a significant portion [of tuition] to cover,” Barke said. “Because of the time demands, they often don’t have the ability to be able to go and get a part-time job and help support themselves in that way.”

Besides paying for college without being able to have a part-time job, student athletes also experience pressure to perform well in the classroom in order to keep their scholarship or to remain on the team. 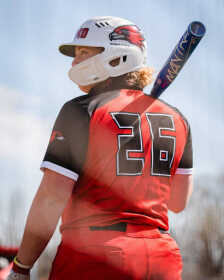 Ashley Ellis stands on deck during a game at the Southeast Softball Complex. Ellis set the school record for home runs on May 2 against Murray State.
Photo courtesy of Jan Salmon

Southeast softball senior infielder Ashley Ellis said missing classes for games can make staying up to date on coursework difficult, but she believes it’s gotten easier because of remote learning.

“I think professors have been very flexible with that recently,” Ellis said. “If you email them and let them know early enough and talk to them at the beginning, they’ll be flexible with you and give you different options.”

Ellis said whenever she has to miss class, she also lets her friends and classmates know, so they can fill her in on what she missed during the class.

Rekha Patterson, women’s basketball head coach, said the 12 players on her team are all on full scholarship, but some players still face struggles when it comes to paying for travel back home.

Patterson said she has seen the stress her players experience affect their play on the court.

“If there’s stress in the classroom, it’s probably going to overflow onto the court,” Patterson said. “What we try to do in our program is make sure we stay on top of that, communicate with them [and] allow them to freely express themselves. If they need to use some other resources outside of the coaches, [we] make sure they’re aware of those.”

Cornett said one of the biggest challenges he faces with balancing everything is finding the time outside of practice.

“A student wants to do their best in the classroom, so you have to apply the same effort in the classroom as you do on the field,” Cornett said. “You gotta go to class [because] they class check you, then you gotta be out for practice [and] then you gotta do your homework that night, otherwise you won’t be ready for the next day.” 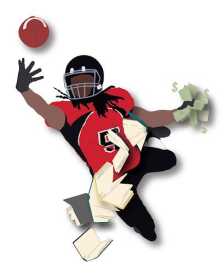 Patterson said in season, none of her players work a part-time job, because adding that to their coursework and expectations on the court would potentially overwhelm them.

The Redhawks soccer team has a rule that states nobody can work in season unless it is something they are earning class credit for.

“There have been a few instances where they might have less credits that they need to take because they’re going to be graduating,” Southeast soccer coach Heather Nelson said. “In that case, we may, for example, allow them to be in a hospital setting if their future is going to be in medical study, but it’s really all about balancing everything that they have with them. So for the most part, we are very strict in keeping it to be school first and performance second.”

Barke said people see the games the athletes participate in, but what gets lost is the training and practice time the athletes put in.

“We have really strong student athletes that are truly students first and excel academically,” Barke said. “It’s a huge balancing act for them, but that’s what sets student athletes apart sometimes, is their drive and dedication to be great at everything they do.”

Cornett said it’s evident when teammates are stressed about something, and it’s important to pick them up.

“It’s the camaraderie, it’s a brotherhood,” Cornett said. “It’s just like a frat — we pick each other up.”

Ellis said she’s seen teammates that have to take labs with their classes struggle most because of how tough missing labs can be. She also said she has seen teammates work jobs to help pay for off campus living.

“It’s sometimes a struggle but they always know that they have a family in their teammates to lean on,” Ellis said.

Patterson emphasized the importance of the athletes not being afraid to ask for help and many people want to help them and see them succeed.

“Don’t worry about being judged because you’re asking for help,” Patterson said. “We’re all here to help you and want to see you have success, be healthy, and enjoy what you do.”