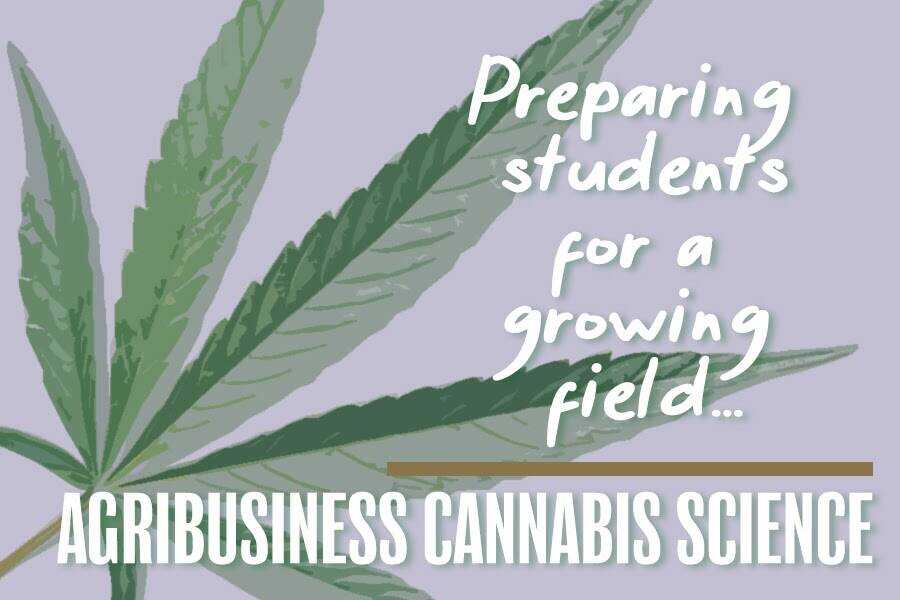 The legalization of cannabis is opening new jobs for those in business and agriculture industries. Not many universities and colleges across the country are beginning to prepare students for a growing industry, however Southeast may be one of few.

Sven Svenson, professor with the department of agriculture, teaches a Production and Use of Hemp course. After teaching the class for the first time in Fall 2020, he analyzed the benefits of the class and is in the process of trying to create a major out of it.

“It will be Agribusiness Cannabis Science,” Svenson said. “I'm seeing business, I'm seeing horticulture and I'm seeing chemistry, so that's how we designed the new major.”

If the major is approved, students will learn the business and science side of cannabis, and because of its high chemistry content, the major may even qualify as chemistry minor.

He said the major would include agribusiness core classes all agriculture students are already required to take, along with minimum horticulture classes and many chemistry classes.

“Students will have the business they need, the horticulture they need and the chemistry they need to be successful in any of the positions that are available in the cannabis industry,” Svenson said.

Currently, the major is still in the process of being reviewed and approved. Svenson said if approved, the major could be available as soon as Fall 2022.

Svenson said the department is doing the final review now. As soon as the department gives that OK, which can happen any day, then it goes to the college level, then goes up to the university level.

He said several students have shown interest in the major, and some are considering delaying graduation for the second option.

Svenson said there are currently four students who are ready to graduate but want to wait so they can add agribusiness cannabis science as a second major.

Ian Graves, a sophomore, said he plans to go into the plant design industry.

He says the addition of the major is “fantastic” and believes it can be helpful for those who are interested in the field.

Graves said whether people like it or not, the cannabis industry is going to continue to grow. He believes it’s best to prepare students for it.

“I'm going to work with people who work in that field and possibly even doing it in my own personal designs,” Graves said.

Graves said he believes this major is something that will directly help bring people to Southeast.

Jesse Summers, student and President of NORML, National organization for Reforming Marijuana Laws, agrees the major will give students a foot through the door of the industry.

“With the farm bill being passed recently in Missouri, hemp has been one of our biggest things to look at, so people in Southeast Missouri are really looking to go to hemp as a crop that they can put into rotation,” Summers said.

Summers said as more states become willing to welcome and legalize cannabis use the easier it will become for students to reap the benefits of the industry.

Svenson said having this major can help prepare for positions at high demand and high pay rates, and he said it will help to bring more students to the university.

“You’re going to see an industry that's growing at about 15 to 25 percent per year, and there’s not a lot of industries out here that will do that,” Svenson said.

Svenson said “if and when” the major is approved and available, it will be announced soon afterward.