Broadcast Media: the changes and evolution of an industry 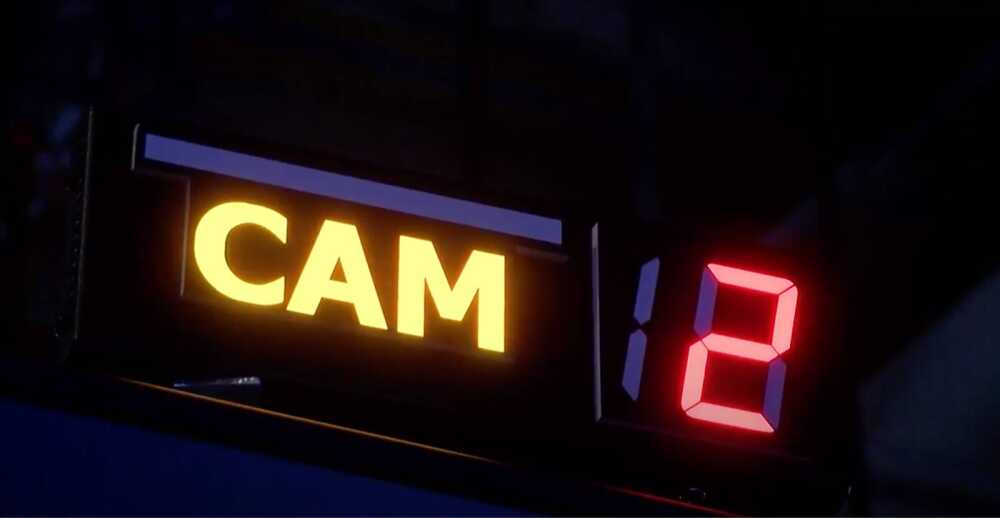 Prompter camera 2 in the KFVS12 News studio. Prompter cameras are digitally operated for anchors and reporters to read the show’s scripts.
Photo by Noelle Williams

News is an evolving industry, and the things done a decade ago are foriegn to most.

The ways people can take in news are almost endless, from print, radio, TV and mobile devices. At one time, however, this was not the case. Broadcast news TV is just one of the areas that has experienced the challenges of adjusting to these changes.

“One of the biggest changes is how much space we have now to store everything digitally,” Seay said.

Seay started his career in Louisville, Ky., after completing his degree in journalism at Murray State University. He then went on to work in Portland, Ore., and Cincinnati. He eventually found his way to Cape Girardeau.

He said he’s seen the transition from using video tape for recording to going completely digital. He said this transition has been beneficial but also has its downsides. One of the difficulties is the number of workers in the newsroom decreasing in the last decade, after the 2008 recession, forcing stations to find ways to produce news while not overspending. However, the workload has increased.

“In 2008 when we went into the recession, it hit TV stations very hard,” Seay said. “And when they looked at ways to do things, one of them was to have most of the reporters shoot their own video or limit the number of photographers because the main video you have came from packages.”

That’s when more stations adopted the term “MMJ,” or multimedia journalist, meaning reporters who once worked with teams produced content in multiple mediums on their own.

Seay said machines once used were no longer necessary, so they no longer needed as many engineers.

For college graduates entering the business like Clayton Hester, this is the new standard. Hester, a senior at Southeast, is a web producer at KFVS12.

Hester said he found his interest in journalism after others recommended the field to him, and he decided to try it.

“Then I came to SEMO for journalism, and I have ran with it ever since,” Hester said.

In the short time he has had in his career, Hester said keeping up is the biggest challenge.

He said he’s expecting the industry will see a lot more changes in terms of finding ways to keep people connected with their communities.

“I don't know what's necessarily next beyond some of the things we currently do. In terms of mobile apps, keeping people updated on all the latest,” Hester said.

However, Seay said the next big change will be in the home and the way ads are targeted.

Despite the usage of fancy technology, Seay said these changes all revolve around one thing — telling a good story.

He said if the information is not relevant to the viewer, nobody will watch.

“That's why journalism is the heart of what we’re doing. It's the reason we improve technology. It's so we can tell stories that impact people,” Seay said.

Hester said being able to be the voice for stories people need to hear is why he went into broadcast journalism.

“It's so nice at times to have an excuse to meet new people and to hear their stories. It kind of allows access to people in a way otherwise might not happen in the same way,” Hester said.

Seay said the changes cannot be stopped but used to reach others in more efficient and impactful ways.

“Keeping the technology relevant is not taking away the ability to tell those stories is very important, and that's what we’re trying to do,” Seay said.