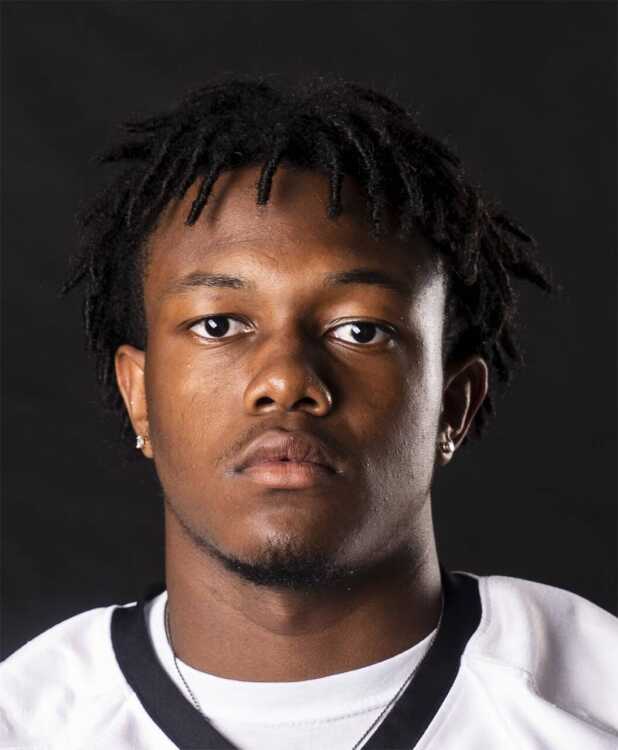 Albert Einstein once said, “In the middle of difficulty lies opportunity.”

One such opportunity found its way to Shamenski Rucker, a freshman entrepreneurship major from Georgia, who made his Southeast football debut as a walk-on in 2020.

When an injury put him on the sidelines during his senior year of high school, Rucker said he thought he had no other options.

“Coach Tuke gave me a call. He said, ‘I’ll give you an opportunity — you’re going to get what you earned,” Rucker said.

“What you earned” materialized into a scholarship Rucker was awarded for the 2021-2022 school year at the annual team awards dinner in April. Rucker’s family was invited to surprise him during the announcement, and a video of the tearful reunion was posted to the SEMO Redhawks Instagram page.

Rucker believes results come from hard work, and he wants to continue to put his best foot forward.

“Every time I step in the weight room or on the field, it’s something I love to do,” Rucker said. “I want to keep working and show people at SEMO what I’m about.”

Running back Coach Andre Crenshaw said he felt like getting Rucker as a walk-on was a steal.

“I thought he was extremely talented, just didn’t have a ton of film,” Crenshaw said. “He’s one of those guys that has a chip on his shoulder because of his recruitment, and I think that has really set him apart.”

Crenshaw was excited to see a young man who is both a hard-working student and player, and said Rucker told him early on his goal was to earn a scholarship.

“One thing you love about Shamenski is just how humble he is,” Crenshaw said. “Something that we hold dear to our heart is how hard he showed us he wanted to be a Redhawk.”

Head Coach Tom Matukewicz’s world is full of competitive athletes, but despite Rucker’s minimal film during recruitment, he made an impression.

“The first thing that stood out is he was just a really hard worker,” Matukewicz said. “You have to actually produce and help the football team be successful in games, and he got in several games and performed well.”

Matukewicz wants his players to know getting the opportunity to play as a walk-on is still a special feat, and success can be earned through process-based focus.

“That’s why I do it — I love the process of seeing kids grow and get better,” Matukewicz said. “There’s nothing more rewarding than seeing a kid have success and feeling like you had a little bit to do with it.”

Earning a scholarship puts Rucker one step closer to his ultimate goal: playing in the National Football League (NFL).

“I just think, ‘Why not?’” Rucker said. “Until I know that I can’t go, I just keep working toward that goal.”