A glance into the history of Cardiac Hill 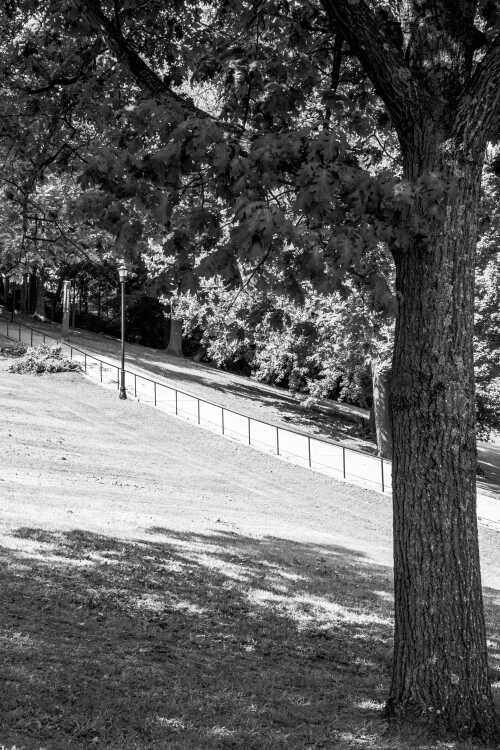 Legend goes that back in the day, SEMO football players ran up and down a steep hill on campus as training to get ready for a big game, legs aching, palms sweaty and hearts beating rapidly. With all that climbing, according to local lore, players said they felt like they were going to have a heart attack.

Because of this, they named the track Cardiac Hill. Today, the steep hill is still infamous amongst students, some who walk up and down it as an almost daily workout during their walking commute from the dorm to class. But they might not be familiar with the history of it.

Cardiac Hill was created originally to give students easier access to their dorms from classes.

Students and faculty, old and new, have all had their experiences with the hill. Former Assistant Director of University Communications Diane Sides, who attended Southeast as a student in 1971-1972, said she figured out the only acceptable footwear to walk up the hill in is tennis shoes.

“I fell on that hill several times, because in my early days, I was stupid enough to wear shoes that had a flat soul on the bottom, trying to look cute in little sandals or whatever, and fell because it was always slippery,” Sides said. “So, I learned very quickly to wear tennis shoes if you're going to walk up and down that hill.”

The problem remains across generations: Sophomore Kaylee Fraser said she almost “flew” while falling down the hill on her way to the dorms.

“I lost my footing and tried to catch myself with my other foot and then just kept running down,” Fraser said. “I was like, ‘I have no control over my feet right now;’ I just kept flying. I literally flew down it for like five feet in the air. I was like, ‘This is not going to end well.”

She got to the bottom of the hill and luckily didn’t run straight into Towers.

For some people, the hill can also be a rite of passage. Brooke Hildebrand Clubbs is a SEMO alumnus who first went up the hill when she was a freshman in 1994.

From its beginnings to the present, Cardiac Hill has solidified itself in Southeast’s history next to other famous traditions, like the Gum Tree that sits at the top of the hill. If you make it up the hill, be sure to stick your gum to the tree for victory.