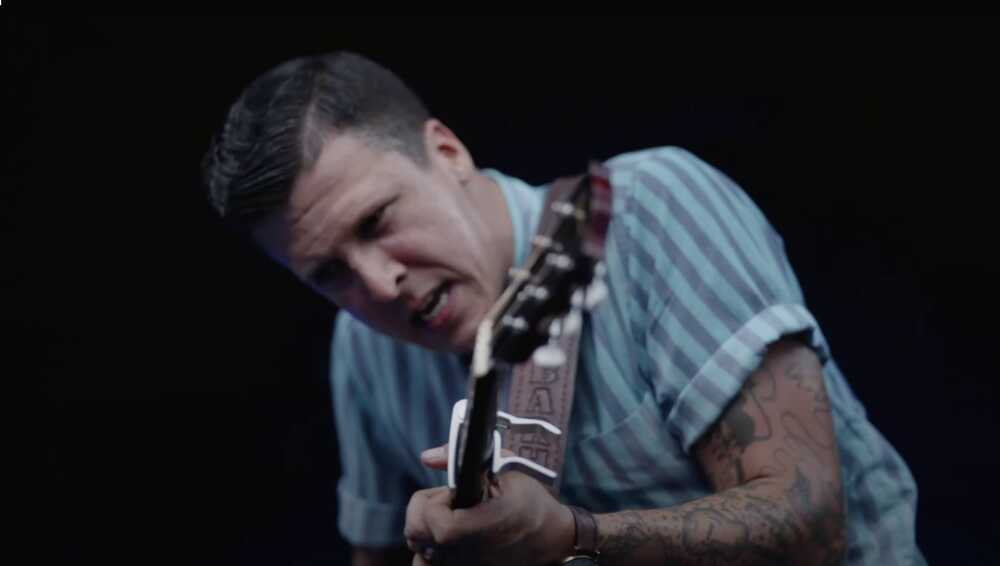 The event will be held Sept. 17 and 18 at the Century Casino in Downtown Cape Girardeau and feature two stages, one sponsored by Southeast Missouri State University and one by Century Casino.

The festival will feature 11 nationally-touring bands and seven local musicians performing at the event; five on Friday and 14 on Saturday. The Friday night show kicks off with Roanoke, followed by locals Ivas John and Jason Heeter, with Motherfolk and Sun Volt finishing off the night.

Shipyard was formed out of the daily email The Scout, which addresses the positive people, places and events within the local community and the Midwest. Rustmedia creative director and Shipyard Music Festival organizer Jeff Rawson said when he founded the event in 2018, he wanted to create a large outdoor event with music and food to bring people together.

ōThe idea was to bring in touring bands from around the country and then tie our local acts in with that after the first couple of years to kind of continue to grow a bigger audience from both in Cape and outside of Cape,ö Rawson said.

The name Shipyard came from the proximity of the river and the history of the region.

ōI always wanted there to be a tie to the history and culture of this area and kind of a nod to our geographic location, but I didn't want it to just be like paddle boats, ship wheels and steering wheels,ö Rawson said.

Aside from music, food and beverages, Shipyard has a variety of different activities happening at the festival. The Department of Conservation and the Arts Council of Southeast Missouri will partner to create an interactive art installation using plastic cups, metal and aluminum bottles. The installation will be planted somewhere within the venue.

ōThere will be a legacy outside of Shipyard, and thatÆs something we looked at building, annually leaving something behind from the show that enriches the place,ö Rawson said.

Rustmedia project and event manager Jamie Phillips said in the past years, the Bank of Missouri has set up a large, interactive art exhibit. The Visit Cape Local Convention and Visitors Bureau had a postcard writing activity, and Saint Francis Healthcare System donated a water trailer for free water.

ōThis year, I know that one of the big sponsors is going to have a tie-dye experience where you can tie dye bandanas,ö Phillips said.

Some of the food vendors at Shipyard 2021 include Mary Jane bourbon + smokehouse, The German Cook, Sedona Bistro and Sushi by Angel.

Children 10 and under have free admission, and there are plenty of activities and games for kids to do throughout the weekend.

ōNot necessarily to make it a kiddie event, but just so that people that do have kids don't feel like they have to find a babysitter,ö Phillips said. ōAlso, to just really foster an appreciation of the music and the arts in kids.ö

Ticket prices range from $35 to $120 and can be found here. Tickets only have to be purchased once and are good for admission to both days of the festival. Student Activities Council (SAC) is offering half-price tickets to the first 150 students. Southeast students can use the promo code Rowdy for $15 off their purchase. Both general admission and VIP tickets include entry into the festival, access to both stages and unique concessions. For more information on the lineup, click here and here for the two-day schedule.

During the Shipyard Music Festival fun-filled weekend, attendees can participate in a recycling event sponsored by the Missouri Parks and Recreation Department and various artists from the local area. Dave Pfanstiel is the lead artist on the recycling event.

Pfanstiel explained festival patrons can exchange their plastic beverage cups with a volunteer for a packet of seeds. They may either keep the packet or add it to an art installation at the festival. The seed packets are different colors and the goal is to hang around 1,500 packets to the installation.

The idea behind the event is to leave the Shipyard grounds in better shape than when visitors first come into it. The seed packets will consist of flora and fauna found in Missouri and the surrounding area. Donated packets will be planted in a seed lot between Bloomfield Street and Hanover Street in Cape Girardeau, beautifying the local area and promoting the betterment of the community.

As a touring musician of eight years, Pfanstiel understands the effects large music performances can have on the environment.

ōIt always made me feel like there was a missing link to the well-rounded nature of a good experience,ö Pfanstiel said. ōOftentimes, in our humanness, we come to something solely for what we get out of it, [but] there's a roundedness to an experience. If we can see things full circle and see something through to the end, spaces are just taken care of.ö

Organizers are still looking for volunteers for the event. The different ōgigsö available to volunteers include set-up, visitor ambassadors, merch vendors, clean up and tear down crew. Volunteers will also receive free admission to the festival and a t-shirt. People who are interested can contact Dave Pfanstiel through his email davepfanstiel@gmail.com or call (573) 275-4500.