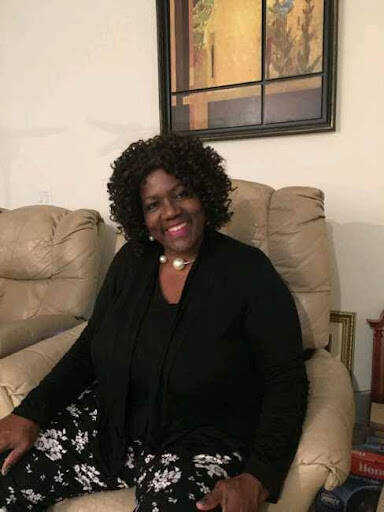 A former Redhawk announced her plans to run for the United States Senate after Missouri Sen. Roy Blunt announced he would retire after he completes his current term.

Beverly “Lady B” Logan, Class of 1978, said she felt it was a sign when Blunt announced he will retire March 8, International Women’s Day.

“It caught my attention that day,” Logan said. “I meet the requirements of being 30 and nine years in America, as well as being a Missouri resident. So when I saw that, I said, ‘You know, why not?’”

Logan is leaning toward running as an Independent; she’s tried to register her “Purple Party” with the state for the past two years but said she hasn’t really gotten information on how to go about it, despite making an in-person trip to Jefferson City, Mo.

The Purple Party plans to be a mix of both “red” (Republicans) and “blue” (Democrats) that don’t want to be held to one party or the other, as everyone has differences on different stances both parties might have.

“We’re one of 100,” Logan said. “That means that we have to have our own independent thinking; it should not be determined by our own political affiliations, and we should do what is best for the country — for our state first and then for the country.”

This sentiment ties back to the Missouri state charter’s motto: “Let the good of the people be the supreme law,” or Salus populi suprema lex esto.

Logan said part of her platform for her campaign will focus on gun violence but also centers on supporting farmers and food insecurity, among other topics.

Logan said her experience at Southeast has been invaluable not only in the start of her campaign, but throughout her life after graduation, as well. She said it’s impacted her in the way she gives back to the university and her community in St. Louis.

“Everything I learned at SEMO has contributed to who I am today,” Logan said. “It’s contributed to me in such a positive way — I did not have a negative experience at all. I was never really told ‘no’ I couldn’t do something; that contributed to me immensely. It broadened my horizons, people I met there from other parts of the United States and other cities in Missouri or the Midwest. It gave me an opportunity to interact and to be by myself.”

Logan has worked to be innovative throughout her career. Graduating with a Bachelor of Science degree in business administration: personnel management with a minor in psychology, she used this experience to bridge understanding between staff when she worked at Marriott Hotels.

“Many times at the front desk, they were telling guests unrealistic timelines for when their room might be ready,” Logan said. “I had the associates go with a housekeeper and clean a room, so they could see what it entailed, and depending on how [the room] was left by the prior guest as to how much work would have to go into getting that room ready.”

Logan said after this, associates were more accurate in their timelines. The associates gave recommendations of where to go in the city that guests were visiting or treated guests to a drink at the hotel restaurant. She said the guests were happier because they weren’t waiting around all day for a room that wasn’t ready.

“I never needed a title to do anything,” Logan said. “I have always been the type of person that there is a resolution for it, even if it’s not mine, and it may be a collective resolution that we can do.”