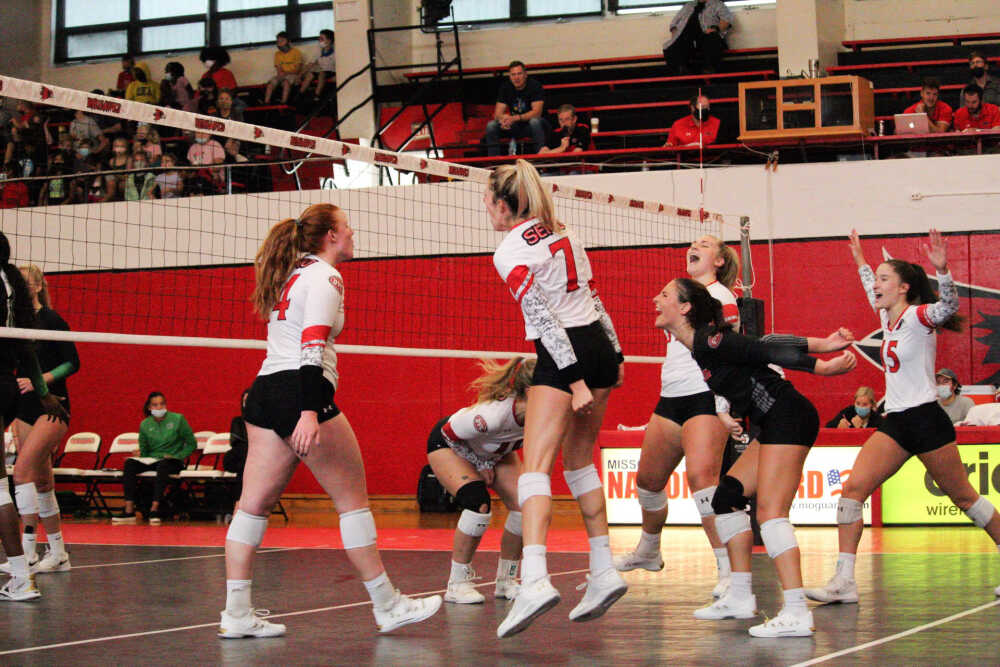 SEMO women’s volleyball has seen early success this season, with a record of 6-3 throughout three tournaments. On Aug. 28 Southeast took home the championship in the Bradley CEFCU Invitational that took place in Peoria, Ill., with three straight match wins. The Redhawks also took part in the Discover Kalamazoo Classic in Kalamazoo, Mich., going 1-2 in that tournament. SEMO junior outside hitter Zoey Beasley helped lead the team to this early success starting in all nine matches and totaling 109 kills.

Beasley has seen a larger role on the team from last season to this season. In the spring of 2021, Beasley started in 14 matches and totaled 153 kills, both of which she is on track to beat this season. Beasley said she is happy with her success so far but gives much of the credit to the back-row players.

“I feel like if we didn’t have such good passers and such a good setter to open up seams for me, then a lot of those kills wouldn't happen,” Beasley said.

Beasley is already more than halfway to her kill total from last year in less matches than she played last season. Beasley said she has improved her skills since starting at SEMO.

“I'm a different player than what I was coming in as a freshman,” Beasley said. “I think I’ve improved a lot on my placement with the ball; you can definitely see it from my first year to now.”

Redhawks redshirt junior outside hitter Colby Greene said Beasley is so good at the position because she is a smart player.

“She always sees the court really well, and she always knows what’s open,” Greene said. “She always mixes up her shots, so it’s really hard to tell where the ball is going.”

“She’s had some really amazing games already, and we’re only six matches in,” Yankus said. “She’s had two 20 kill matches this season which are the first in her career.”

The Redhawks will host one more tournament in Cape Girardeau before the Ohio Valley Conference schedule starts. On Sept. 17 and 18, Southeast will welcome the University of Tulsa, Southern Illinois University and the University of Central Arkansas to Houck Fieldhouse for the Redhawks Invitational Tournament.