SEMO has successful weekend at invitational 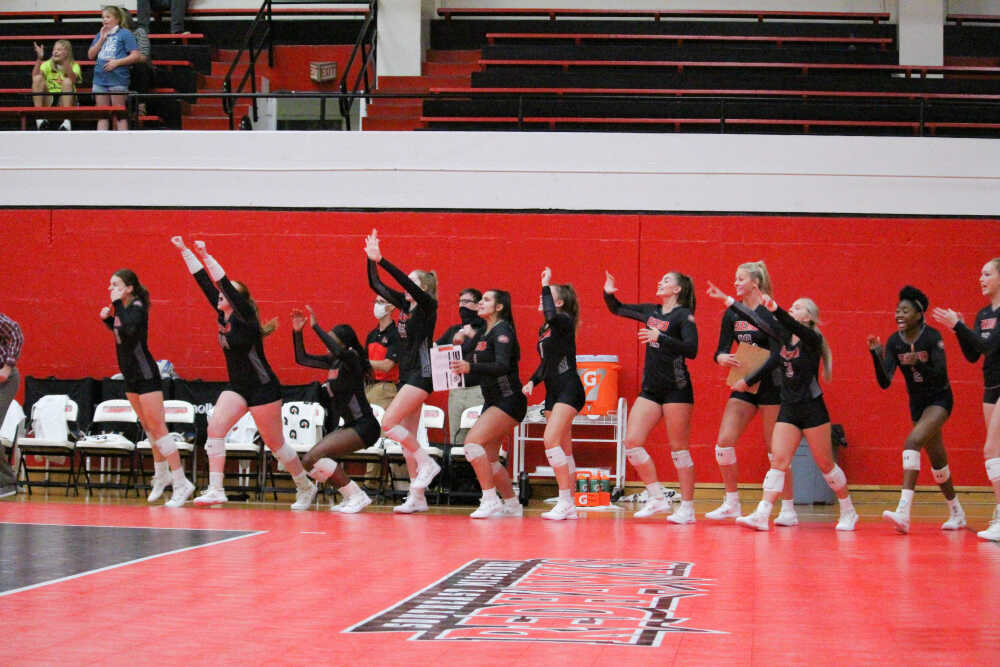 Members of SEMO volleyball celebrate during their four set win over Marshall on Sept. 10 at Houck Fieldhouse in Cape Girardeau
Photo by Lucas Batchelor

All three matches SEMO played were non-conference games, and every match was back-and-forth throughout each set.

“We scheduled a very tough non-conference schedule this year,” head coach Julie Yankus said. “We did this to try to prepare us to handle conference play and what’s going to ultimately be a battle at the end of the year when we’re competing for a conference championship.”

Coach Yankus emphasized the importance of facing adversity this early in the season. The Redhawks were challenged with numerous high-leverage situations throughout this quick weekend tournament.

“I think it's important for us to face adversity — if we never face it ‘til the conference tournament and then we lose, well, the season is over,” Yankus said.

Junior middle blocker Talia Gouard stood out all weekend long, tallying 24 total kills in the tournament. Gouard’s best matches came on Friday, when she had nine and eight kills in each match, respectively.

Yankus had nothing but praise for Gouard after Saturday night's match against the Arkansas State Red Wolves.

“She’s a very smart player,” Yankus said. “She’s quick and athletic, so when we’re in a system and passing well, we can get the ball to her quickly. The opposing blockers aren’t able to get hands over fast enough, and then she’s able to cut angles and score points, so she’s really dynamic.”

Yankus said she was impressed by the way her team performed in high-leverage situations and how they never backed down from every challenge thrown at them this weekend.

“We’re very close,” Yankus said. “This was a very competitive tournament through and through, so what really impressed me was how we handled all of that [adversity].”

The Redhawks will be back in action Sept. 17 when they open the Redhawks Invitational against Tulsa at 10:30 a.m. at Houck Fieldhouse.