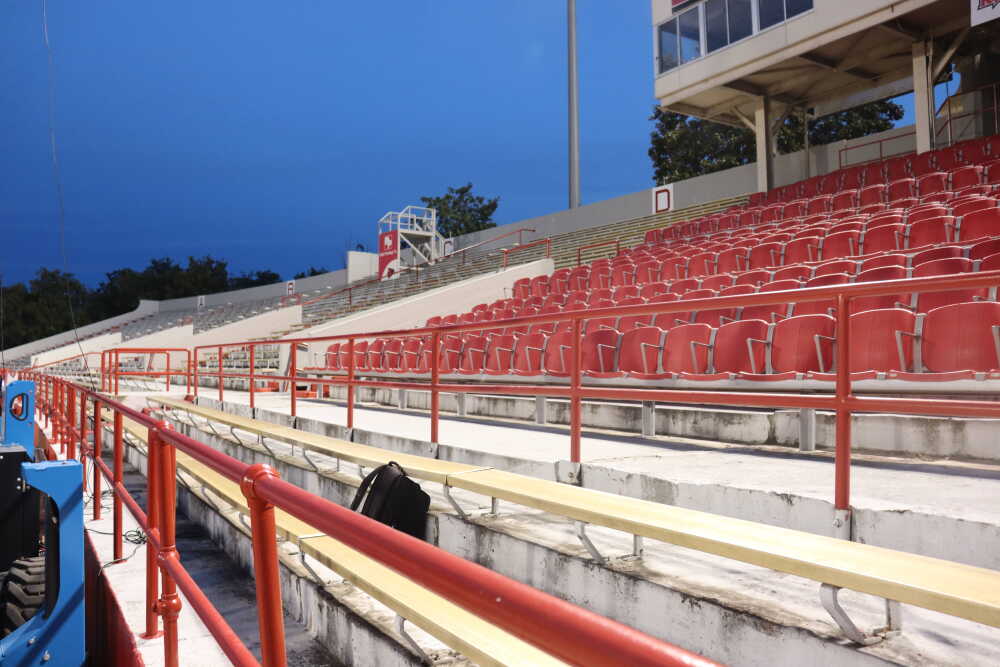 Correction: The original email announcing the closure of Houck stadium was sent out on Sept. 1, not Sept. 8.

On Sept. 24, SEMO’s Board of Governors met to discuss the proposal for the renovation of Houck Stadium, fiscal year (FY) budgets and fall enrollment.

On Sept. 1, University President Carlos Vargas announced the south grandstand of Houck Stadium would no longer welcome guests in its seats, due to infrastructure problems. At the meeting, the board approved a proposal for the renovation of Houck, led by the integrated design firm Hollis and Miller.

Director of Athletics Brady Barke said the plan for the renovation of Houck Stadium will start after the end of the 2021 football season.

“Our initial timelines are that we would begin demolition of the existing south structure after the completion of this football season, and rebuilding of the new structure would take place prior to the start of the next football season,” Barke said. “Our goal is to have a seating structure of the restaurants that have concessions, those kinds of critical areas for our fans [to be] back in place prior to the start of the 2022 season.”

Vargas raised awareness at the meeting about the current state of the Ohio Valley Conference (OVC), as many schools enrolled in the conference announcing their exit from the organization. The four members leaving are Jacksonville State, Eastern Kentucky, Austin Peay and Belmont. Vargas said he wants to find a strategy to strengthen the conference.

After the meeting Barke said, the strategy for them is to show their commitment to the sport itself.

“We're all members of the OVC, so each one of us plays a part in strengthening the OVC,” Barke said. “I think for us, you know, our facility, and the ability to improve it is significant. I think it sends a message about the league's commitment to football and the individual institution’s commitment to that.”

In the meeting, Vice President for Finance and Administration Brad Sheriff said the fiscal year 2021 through June 30 tuition was ahead of budget.

According to Cambridge Dictionary net income means, “the total income of a company after all tax and other costs have been paid.”

At the meeting Vice President for Enrollment Management and Student Success Deborah Below presented the census enrollment report. She said the 2020-2021 school year showed a retention rate of 80% in comparison to this year, which is approximately 74%, stating last year’s spike in retention was in part due to the pandemic.

“Schools were sort of just moving students through the pipeline and didn't have those registration homes out there or advising homes or even just saying we need to get registered because we were all remote at that time,” Below said. “We had pass/fail grading. Students didn't necessarily have that opportunity at that time.”

Below said in terms of diversity, there was a rise this year in students who disclose their status as a minority from 12% to 15%.

To learn more about these topics or others from the meeting, visit the Board of Governors’ webpage.