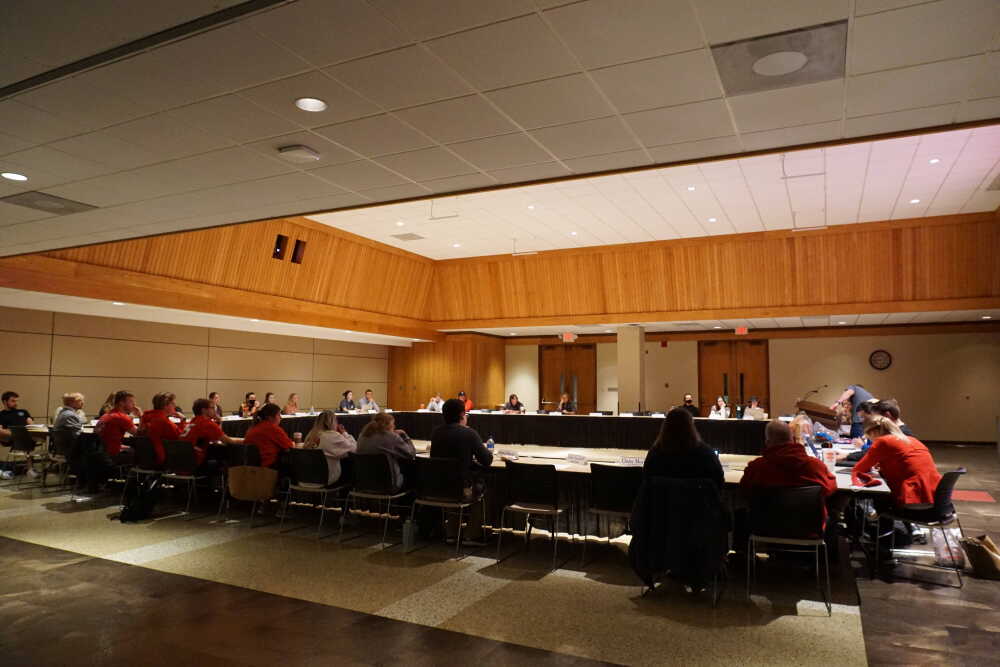 The biggest segment of the agenda for Student Government Association’s Oct. 25 meeting was the proposed changes to how SEMO will aid and support student veterans as they journey through college life, balancing being a student alongside active duty.

In their most recent meeting, Faculty Senate discussed plans to make changes to military late start and leave policies. As it currently stands, SEMO has no official policies to aid with steps for veteran and active duty students to work around their service as it impacts their college career.

Vice chair of the Professional Affairs Committee Jenna Moore proposed a bill that would allow active duty service members to petition for late starts and early leave from their class on a professor-to-professor basis.

“Students returning from active duty would be able to petition their professors for a late start of up to two weeks for a 16-week course and one week for an 8-week course,” Moore said.

Junior and senator of the Holland College of Arts and Media Allison Lauter said discussions of this level are incredibly personal and must be handled with care between both student and professor.

“You don’t know if you’re going to be active duty and have access to a computer, so it’s really up to you and the instructor of the class,” Lauter said.

Plans for the official changes have not yet been made, but efforts to make the adjustments are already underway, with Faculty Senate and the Office of Military and Veteran Services working closely to implement the change to aid active duty students.

“We would designate a certain amount of money from the Student Works account that is specifically marketed as printing money,” she said.

The original plans were left over from the previous executive board and are still in the works. Implementation, limitations and budget are all being discussed and continue to be worked on.