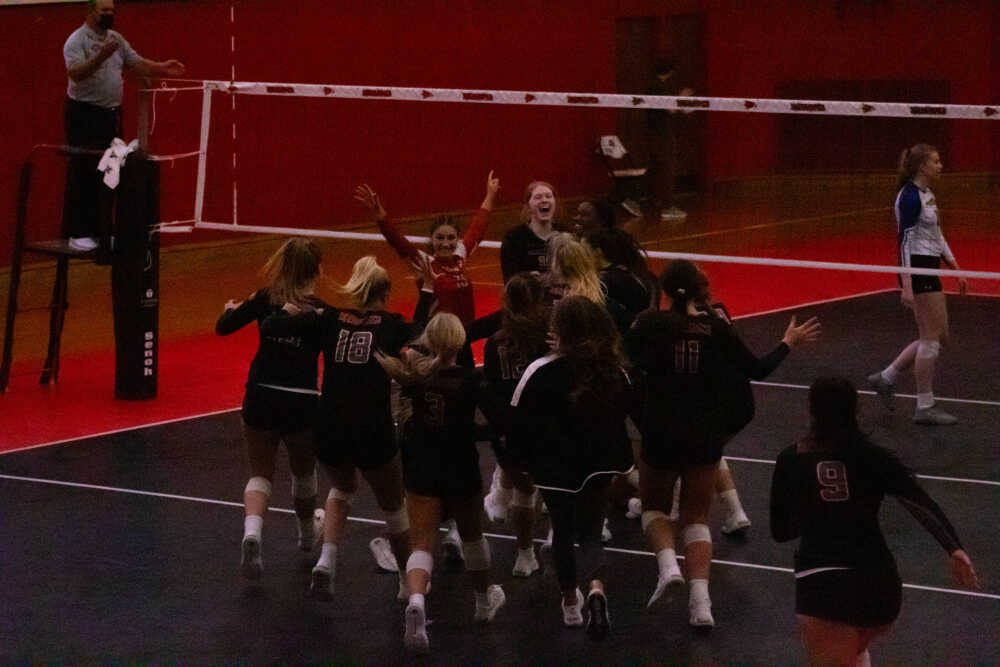 It was a big weekend for Redhawks volleyball as they clinched their 10th Ohio Valley Conference (OVC) Regular-Season title, sweeping the Morehead State Eagles 3-0 in back-to-back games on Nov. 12 and 13.

Southeast's wins against Morehead State give them the honor of hosting the OVC Tournament, though the official regular season title is split between the two teams due to their matching conference records.

It's been 14 years since Southeast took the title, but Redhawks coach Julie Yankus was nothing but proud.

“I am so happy for this team. These girls worked so hard,” Yankus said. “It was not an easy road to get here. I am so happy, excited, and emotional about it all. It’s awesome!”

In the first sweep on Nov. 12, Southeast won all three sets with scores of 25-22, 25-23, and 25-23 respectively. They were led by junior outside hitter Zoey Beasley, who racked up 16 kills, attacking at 43 percent. Behind her was junior middle blocker Talia Gouard with eight kills and right side hitter Colby Greene with seven.

Being that Morehead State was number one in the OVC before this game, Greene said her team really had to be on their “A-Game” in practice coming into this matchup.

“This whole week, the coaches as well as us as players were keeping each other accountable,” Greene said. “We made sure we were doing everything we needed to beat Morehead.”

In the second sweep on Nov. 13, which was also Senior Day, Beasley led the Redhawks with 16 kills, with senior outside hitter Laney Malloy behind her with 10 kills. Southeast swept the Eagles with larger margins in this match, winning with scores of 25-23, 25-15 and 25-18.

Yankus said one of the reasons for the difference in scores between sweeps is due to her team’s defense.

“We played some great defense,” Yankus said. “We covered some great balls and dug some stuff that nobody should get up.”

The Redhawks held the Eagles to a hitting percentage of 25 in the first match, defending their way to nine blocks in the process. In the second match, Morehead State hit at 20 percent as Southeast collected six blocks.

With the regular season wrapped up, overall, Yankus said she is proud of her team’s resilience.

“We knew it would be a battle the whole way through. We split with teams on the road almost every weekend, but we came back and fought, knowing we still could win it all,” Yankus said. “We lost some games that maybe we shouldn’t have, but these girls stayed ready to fight.”

The Redhawks are now 23-7 overall, 14-4 in the OVC, and the Ohio Valley Conference tournament begins next week on Thursday, Nov. 18 at the Houck Field House.