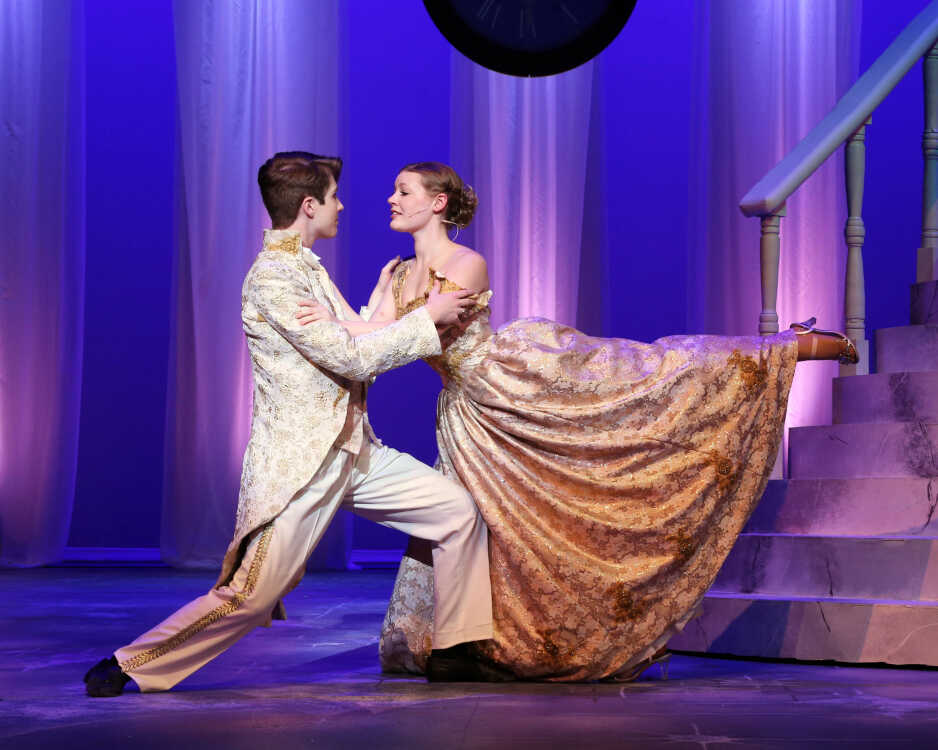 Ella, played by Mackenzie Godfrey, dances with the prince played by Payton Johnson. Cinderella is one of the biggest plays River Campus has done since the pandemic. It is showing in the Bedell Performance Hall from Feb. 16 - 20.
Photo by Kenneth L. Stilson

The musical “Cinderella” opened their first performance at 7:30 p.m. on Feb 16 at SEMO’s River Campus.

The show’s duration is two hours and 15 minutes, including a 15-minute intermission.

Director Kenneth L. Stilson said “Rodgers and Hammerstein’s Cinderella” has been on top of his list for a long time. This was Stilson’s first time directing “Cinderella.” Stilson teaches acting, directing and musical theater at the Holland School of Visual & Performing Arts at Southeast Missouri State University.

“It was a story that I grew up with, but most people have grown up with this story,” Stilson said.

Stilson said the story combines multiple genres, which can make this a top hit for different types of crowds.

“We have just the right combination of actors. This story is funny, it's got a lot of action, and it is just a wonderful script. It doesn’t get any better than that,” Stilson said.

Two of the main cast members, Mackenzie Godfrey and Payton Johnson, played Ella and the prince, Topher. It has taken these actors years of performing to get to where they are today.

“I have been acting since I was a little kid,” Godfrey said. “I did my first show when I was seven, and then I took a break to dance, and then I got back into musical theater when I was in high school.”

Senior Abram Cutshall, who played multiple characters in the show, has also acted since he was a kid. 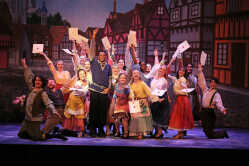 “As long as I can remember, I have been performing,” Cutshall said. “Even at a young age, I was in the church choir. Then, it evolved into community theater in middle school into high school theater. That is when I realized this is what I want to do for the rest of my life.”

The actors took weeks to prepare for the performance and dedicated many hours to practicing their lines and movements.

“Our rehearsal process is six weeks long, and for this show, we learned all the choreography, blocking, music [and] movement all in 11 days. Then, from there, we practiced every day in those six weeks,” Cutshall said.

Since the pandemic, “Cinderella” is one of the largest shows the Holland College has put on.

“We are just coming from the backside of this pandemic; we can do shows fully now without masks and social distancing,” Stilson said.

People from all ages can enjoy the magical story of Cinderella. Parents are encouraged to bring their children to the show and meet the characters afterwards.