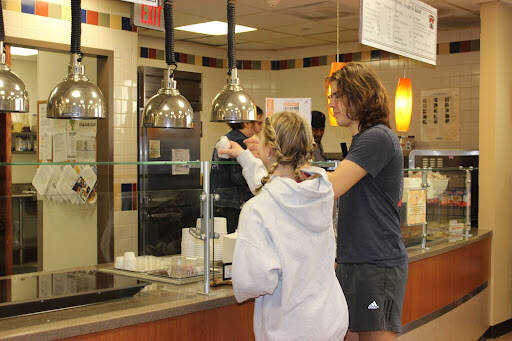 Freshman nursing major Claire Garris and incoming freshman Noah Steckel grab the sample of Henderson Street Subs at Houck's place during the Spring Sneak Peek. The Chartwells Sneak Peaks have occurred every Thursday throughout campus during the second half of the Spring 2022 semester.
Photo by Kyrie Padberg

A Henderson Street Subs pop-up took place from 4 to 6 p.m. on April 14 at Houck’s Place. New dining options and meal plan changes are coming to SEMO’s campus in the fall semester.

Henderson Street Subs featured the turkey bacon avocado sub. For those who missed it, the sub had sliced turkey breast topped with crispy bacon and creamy guacamole on an eight-inch hoagie.

Spring Sneak Peeks is a way for students to try the new food for free and express their opinions and feedback to Chartwells. At the event, the director of marketing and student engagement, Alicia Ticer, gave students a survey card directing them to fill out an online review of the sample food while they waited for their sandwich to be made.

Ticer said there has been a steady income of students at the past three Sneak Peeks, which has given Chartwells the opportunity to engage with the students and hear their feedback about their likes and dislikes.

“The reviews from the tastings have been positive,” Ticer said. “Overall, we are getting great feedback, as we continue to develop and finalize the menus.” 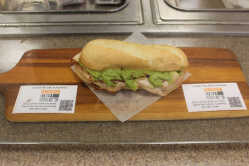 Henderson Street Subs featured this sub that had sliced turkey breast topped with crispy bacon and creamy guacamole on an eight-inch hoagie at Houck’s place on April 14. This is one of the new dining options to be implemented in the fall semester.
Photo by Kyrie Padberg

Freshman nursing major Claire Garris and incoming freshman Noah Steckel described the sandwich as “tasty” and something they would purchase for dinner next semester. This was the first sneak peek event they attended, and both plan on going to the next ones.

“Noah tried to take my sample because it was so good,” Garris said. “The sandwich was different from what we have on campus, and it was nice to try something new.”

Senior special education major Lilah Halveland tried a sample and said she was surprised to see how much the food has changed since she was a freshman.

“I wanted to get a second sample; the sandwich was fresh and made right in front of me,” Halveland said.

Pure Eats is also coming to SEMO this fall inside Towers Café and St. Vincent’s Commons. Ticer said Pure Eats is a restaurant that features a menu that avoids the top eight major food allergies and offers vegan and vegetarian options.

“We sampled Pure Eats a few weeks ago at Towers Café and St. Vincent’s Commons, and the students were excited. This helped reassure those who currently eat at the Oasis Station that [Pure Eats] would have familiar flavors and selections with a modern twist,” Ticer said. 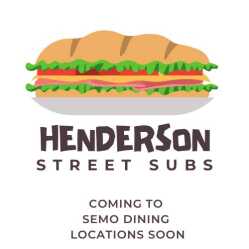 By fall, students will be able to order from the full menu at Henderson Street Subs, Trading Post, Pure Eats, Bowl Life and Wild Pie on campus.