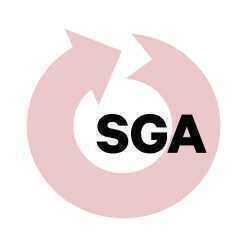 On April 18, Student Government Association (SGA) met to discuss changes to the conditions of executive boards in future SGA elections, while also appointing two people to lead Student Engagement Advisory committee (SEA) until the end of the school year.

At the meeting, the bylaw committee proposed changes to executive boards’ advertising in electoral runs. The change states that future candidates cannot advertise their full executive boards while in the running.

SGA President Layla Bouzihay said the proposal is, in part, due to her campaign run last year with a full board, as others didn’t or decided to run a full board in reaction to her.

“I'm the reason that this happened. So last year, I decided to run with a whole executive committee and that has never been done before,” Bouzihay said. “But, it didn't mess with our bylaws. It didn't break any rules. I just did a lot of research and other universities had the same construct.”

Bouzihay said the bylaw committee decided the practice wasn’t “ethical” to have one set of candidates run publicly with an executive board, while the other doesn’t.

Bouzihay also chose to appoint herself and Keaton Buck to the SEA committee for the rest of the semester. The SEA committee is taking the place of the temporarily suspended Student Activities Council (SAC) organization.

Bouzihay said she appointed herself to SEA because “everybody was dealing with finals” and said she “didn’t want to force it upon anybody.” She also said she wanted to see how it would run before she left SGA in the spring 2022 semester.

“See how it's going to be run through just to make sure, if I need to put any changes within how the organization flows and like just kind of making sure that the organization is good,” Bouzihay said.

To see what happens with proposed changes you can find upcoming SGA articles you can visit the Southeast Arrow’s website or check out the SGA livestream on the Arrow’s Facebook page.