Swiping right to saying yes: Finding a long-term match on a dating app 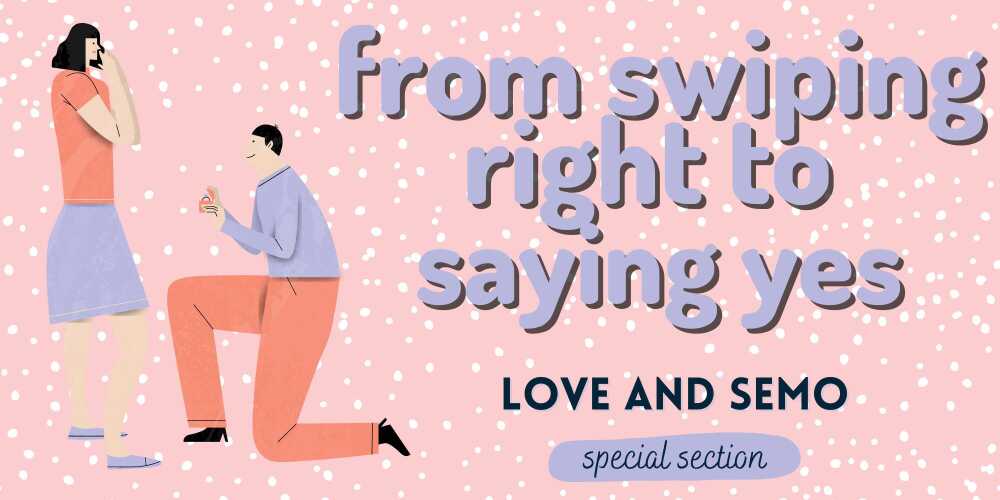 Popular dating apps like Tinder often carry a stigma of being a “hookup” app rather than a “dating app.” For some users, it's hard to believe it's possible to find a lifetime partner by swiping left or right.

But it isn’t impossible. Matches can be made, and they can be forever. Three SEMO students, Tina Wright, Liz Hilburn and Blake King, have made connections on dating apps that they believe will last a lifetime.

General studies major Tina Wright decided to download Plenty Of Fish after having bad luck meeting someone in person. Joining a dating app of her choice was the first step in meeting her lifetime partner.

“It was really hard to go out and meet people, and I’m kind of really socially awkward in bar settings and everything, so I figured I would try a dating app and see how that works,” Wright said.

She scrolled from profile to profile, eventually finding one that intrigued her. Although her now-husband's profile didn’t have any pictures, she mentioned the information he provided was interesting enough.

She messaged him right away; the rest was history.

“After about two days of texting and talking on the phone, we decided to go on a first date. About a week later, I moved in with him. Three years later, we got married,” Wright said.

Business Master’s student Liz Hilburn had a somewhat similar story, as she met her wife on Tinder.

They both swiped right on one another and went on one date. Hilburn persisted and asked if they could spend more time together, and soon, a relationship blossomed.

“It was kind of like the classic lesbian U-haul situation, so I moved in with her after a couple months, and we’ve been together for almost four years,” Hilburn said.

Multimedia graphics major Blake King said he ended up moving states to live with his now-husband.

“We matched [on Tinder], and we started talking every day and ended up meeting probably about two weeks later, and the craziest thing I’ve ever done in my entire life [is] I knew him for a month before I moved in with him,” King said.

King also said the way they matched was “rather odd.”

In today's world, there are many stigmas surrounding dating apps. Are they just used for hookups? Can someone actually find true love? Will they be catfished, or worse, harmed, by the person they meet up with?

For Wright, safety with dating apps was a concern.

“It kind of worried me, you know, wondering, ‘Am I gonna meet a creep or a stalker, or is the person going to try and do something to my drink?’” Wright said.

In terms of stigmas, many feel these common ideals can be broken by proper use of dating apps.

“I think the stigma really depends on how it’s used. If it’s used responsibly and, you know, not just for random hookups, or if it's legitimately used for what it’s meant to be used for, trying to find a relationship,” Wright said.

“I don’t think people our age have a bad stigma around it, because a lot of us are meeting off dating apps now, but I know when I was wanting to share that in our wedding bio, that we met in a dating app, my mom was like, ‘Oh my gosh, do not share that.’ I guess our parents and grandparents especially feel like it's odd to meet people [online],” Hilburn said.

Even with these common ideas, many people still have hope when it comes to finding their right match.

The idea of the long-term

There are seemingly more stories of couples meeting on dating apps and eventually getting engaged or married. For these couples, however, that wasn’t their original idea.

Hilburn knew it was possible to become engaged or married from a dating app, but didn’t believe it would necessarily become her fate. She spoke of a friend who had followed that path.

“They were engaged and getting married, so I was like, ‘OK, this could turn into something,’ but that wasn’t really my purpose of downloading the app, I guess,” Hilburn said.

Wright was hopeful to find something long-term, but didn’t expect a quick turnaround for such a relationship. When she first met her husband, they only went on one date before deciding to become serious.

“We would hang out every day after he got off work. I just felt really comfortable and safe with him,” Wright said. “We had a lot in common. We would laugh, joke; we got along great.”

A week later, she moved in with him.

“He was actually the one who invited me to move in with him. Three to four days into us hanging out, he actually gave me a key to his apartment,” Wright said.

King wasn’t necessarily sure what he was looking for when he signed up for Tinder.

“A lot of times with dating apps, people are just kind of looking for a hookup or a fling. I really didn't expect to find anything long-term or to find somebody that I’d end up marrying. So, it was kind of a shock, I guess, not realizing how well we were gonna get along,” King said.

All three students did not expect to find their true love when they signed up for a dating app, but now, they’ve all met someone they’re ready to spend the rest of their lives with. It all started with a simple swipe right, and will hopefully end with a “yes.”