The Re-Download: Behind the vicious cycle of deleting and redownloading dating apps 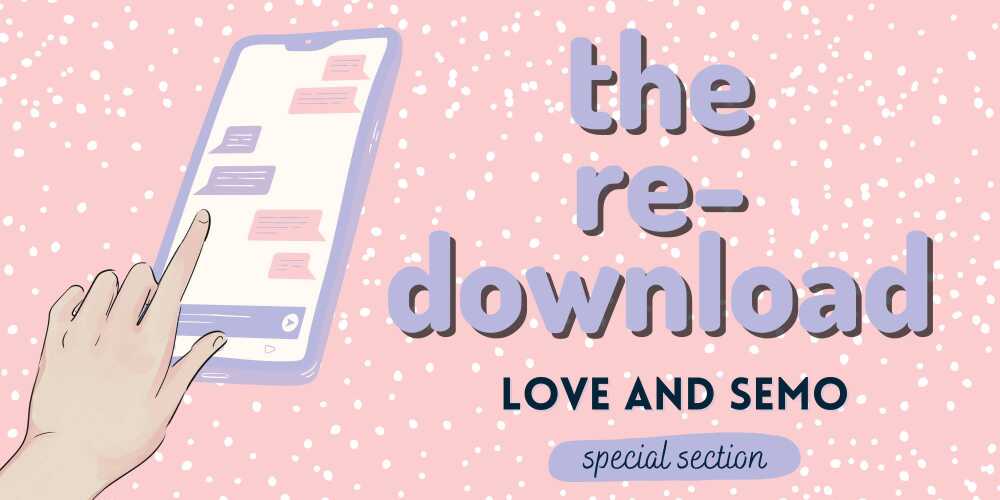 It seems like everyone is on a dating app or in the process of deleting a dating app. Especially on college campuses, apps such as Tinder and Bumble are popular ways to connect with other students, and this popularity only continues to rise.

According to Business of Apps statistics, global dating app users have risen from 198 million in 2015 to 323 million in 2021.

The amount of users might continue to grow, but many of the users are stuck in a cycle of deleting and redownloading the applications. In an Arrow survey of 82 respondents, more than 90% have deleted and redownloaded a dating app, and 62.2% have done this multiple times.

The reason for this cycle is unclear and complicated, but by examining students’ experiences and habits, along with the application’s design and psychology, a clearer picture forms.

Dating apps as entertainment and a “waste of time”

To redownload an app, it must first be deleted. In the Arrow’s survey, most respondents (39%) said they deleted dating apps because they were a waste of time.

According to computer science graduate student Josh Butler, spending excess time on dating apps is just what the app developers want to happen. He said many mobile apps, including dating apps, base their success on the average time users spend within the app. This means the user is more likely to engage in advertising or purchase a subscription.

Butler said the methods app designers and programmers use to keep users on an app and spend money are referred to as “dark patterns.”

“[The dark patterns] try to keep people engaged within the app and engaged with advertising that they see throughout the app. So, psychology [and] human experience plays a pretty big role in app design and development in most companies,” Butler said.

On apps like Tinder, users are constantly reminded of the paid subscription option. Users swipe, and the app tells users they can “see who likes them” by purchasing Tinder Gold. Butler said this could be one example of a “dark pattern” present on a dating app.

English education senior David AuBuchon said he deleted dating apps because they were “becoming a waste of time.” AuBuchon said he initially joined dating apps with the intention of finding a relationship, but the apps gradually became a form of entertainment for him. When he got bored at work, he would find himself opening the app.

“It's like people who will have [the gaming app] Candy Crush on their phone, and then they run out of storage, and they go, ‘What do I delete? I'll delete Candy Crush,’ and Monday, they're sitting there in bed like, ‘I have nothing to do, I'm gonna redownload Candy Crush.’ It’s the same concept,” Rodenbaugh said.

In the Arrow survey, students may have listed their top reason for deleting dating apps as “being a waste of time,” but the top reason (42.7%) students re-downloaded the app was for “entertainment.”

The entertainment qualities of the app, such as swiping and messaging, may also connect to the “time wasting” and addictive nature of dating apps.

Clinical psychologist Loren Soeiro, based out of a private practice in New York City, said he thinks neurochemicals, such as dopamine, might play a role in the addictive nature of dating apps. Soeiro said users can receive a boost of dopamine when they send or receive a message from someone they’re attracted to.

“You can become just as addicted to that boost of dopamine when some new person writes you back, as you can when a slot machine pays off or a video game gives you like a new little reward. … They want you hooked into that stream of little dopamine bursts that keep the app feeling like it’s necessary to you, and I think that dating apps probably function the same way,” Soeiro said.

Self-esteem and vulnerability on dating apps

Another common reason for deleting dating apps was a lack of finding matches or frustration from the process. Math education junior Eduardo Yamakawa said he thought it was weird to get matches but not receive a lot of replies once he messaged his matches.

“You keep asking yourself, ‘Why this person matched me? Was it a wrong swipe? Was she drunk?’” Yamakawa said.

AuBuchon said the dating apps can get in users' heads and make them wonder why they’re receiving so few matches and messages while some of their friends are talking to new people every day.

These frustrations relate to many dating app users not knowing the intentions of other users, with some solely searching for entertainment and others searching for something more.

Soeiro said it can make it “twice as hard” for dating app users who are looking for something serious when there are users with varying intentions on the app.

“[Having people with varying intentions on the app] also contributes to a sense of going uphill for the people who are more serious about dating, because those people have to take the risk of being genuine and vulnerable, because you can’t forge intimacy unless you’re willing to risk vulnerability,” Soeiro said.

SEMO psychology instructor Jessica Bishop said dating apps can damage a person’s self-esteem when they are looking for a real connection and putting themselves out there, while other users are “just there for giggles.”

“If you are one of those people who’s just on there for fun, you really can be whoever you want to be, which I think can make it just as damaging for someone looking for a true connection if the truth comes out or they get ghosted,” Bishop said.

Rodenbaugh, who uses dating apps solely for entertainment, said she’s always truthful with her matches when they ask why she is on the dating app. She said she’ll reply with “Oh, this is just for fun,” and normally the match will stop talking to her.

Soeiro said he thinks the feeling of vulnerability associated with dating, along with having both positive and negative emotions at the same time, could contribute to the cycle of deleting and redownloading dating apps.

“[The dating app users] are feeling upset, excessively vulnerable, [so,] they’re deleting the app to protect themselves,” Soeiro said. “Then, the desire to connect again comes up, they’re feeling less vulnerable and more self-confident — maybe they’ve shored up their self-esteem with other relationships or other things that they’re good at — so they redownload it, and then they try again.”

Bishop said dating apps can be addicting, because “that connection is always available.”

Just knowing there are potential matches and missed conversations at stake all day, every day, is enough to give many dating app users the fear of missing out (FOMO). This FOMO can lead those who deleted the app to redownload it.

AuBuchon said deleting and redownloading dating apps like Tinder and Bumble has become a “routine” for him, partly due to the fear that he’s missing out on actually meeting someone.

“[When I redownload, I think], ‘Well, I got it wrong the first time; maybe I can get it right the second time … like, ‘What if this is the time I actually find somebody?’” AuBuchon said.

An anonymous SEMO Alum and Grindr user said he re-downloads Grindr partly to “refresh the pool” of people he can choose from. He also said it’s usually a good conversation starter when users re-match with each other.

Despite their flaws, dating apps can also provide a way of connecting with others, especially for those in the LGBTQ+ community.

The SEMO alum said Grindr can be useful for the gay community, especially in places like Southeast Missouri where LGBTQ+ people, in his opinion, are not as accepted. He said he has met many of his best friends on dating apps.

Simkins, who uses Tinder, said they have mostly enjoyed their experience on the app. They said they like meeting people, and that dating apps work well for people who “aren’t great at socializing.” However, Simkins said it can be difficult to use the app as a nonbinary person.

Despite the dating apps not always producing the best results, users flock back to them, which Butler attributes to something called “the network effect,” or the reason some apps struggle to succeed when they don’t achieve a critical mass of users.

“Pretty much everybody that’s looking for a relationship online that falls within a college age group is going to be on Tinder or Bumble. They’re not using something else,” Butler said.

Frustrations are here to stay

“Unfortunately, it looks like, although [dating apps are] not the only game in town, [they’re] kind of the main one. It’s the main way that people are meeting each other nowadays,” Soeiro said.