Looking through the banned book window 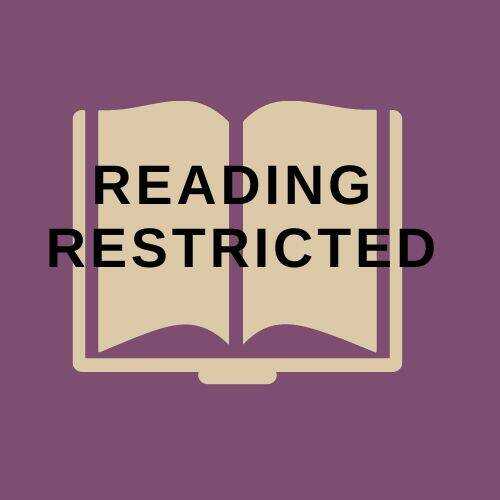 “To Kill a Mockingbird,” “Of Mice and Men” and “The Hate U Give:” What do all of these books have in common?

They are three of the top 10 most-challenged banned books in 2021.

Banned books are prevalent to all readers, but especially those in middle school and high school. Back in 1982, Banned Book Week was started. This is a week in September when banned books are talked about, and students are given the opportunity to learn more about the lesson in them.

Anthony Celaya, assistant professor of English, teaches a class at SEMO called Teaching Literature and Nonfiction Texts in the Secondary Schools. This class touches on the way to teach banned books in the classroom. In his class, Celya said he talks about stories being a window into people's lives.

In this class, he has an assignment in which the students pick books that are typically read in classrooms, such as “The Great Gatsby,” “Of Mice and Men” and “Animal Farm.” For the project, they work in groups together to rethink how they as teachers can teach the novel in a way that will keep the attention of their students. Students find poems, shorts stories, a documentary or any other supplemental device to bring into the classroom with the book.

“I encourage them not to create units that are just regurgitation of what they've seen done in schools or what is typically done, and instead encourage them to think about how the books might be made more relevant or responsive to students in their classrooms, looking at the themes and issues and topics and finding ways that those can be connected to the lived experiences of the students in their classrooms,” Celya said.

Senior education major Bailey Sipp is in this class. Her group chose the book “Lord of the Flies.” When she looked for supplemental materials, she found an article about the Stanford Prison Experiment. The article looked at how people fall into different roles of followers and leaders, Sipp said.

As a future teacher, Sipp said she has read banned books both intentionally and by accident. She intends to bring them into her classroom and teach students why they are banned.

“I think it's kind of important to tell them why, because, you know, like a lot of books like ‘To Kill a Mockingbird’ is one of them. It's kind of banned for some of the things that have to do with race,” Sipp said. “I think a lot of books like that are banned because they don't want to put white people in a position to say, ‘Hey, you did something bad.’ And, you know, it's more of, we want to keep everything equal, but you know, back then in the [1930s], when ‘To Kill a Mockingbird’ was set, that's kind of how it really was at the time. And they just need to know.”

Not all banned books are about sexual conduct or violence; many times, they are banned because they include racial slurs. Junior English literature major Lainey Edwards said it was not until her sophomore year of high school that she read her first banned book, “To Kill a Mockingbird.”

“Before I got to college, I ended up reading a lot of banned books on my own, actually. So, it wasn't really taught in school. I just got my hands on them and really enjoyed them,” Edwards said.

The discomfort of reading banned books is a reason they are often not taught in school, but Edwards said these books need to be taught to get the lessons to students, even if they do not apply to them at that moment.

“Is it uncomfortable? Yes, but no matter how uncomfortable we are with the truth of the fact that young girls face abuse — sexual, physical and emotional — either from their parents or people that they may know, seeing that depicted, it can be hard, but there are],” Edwards said. “I think the bottom line is that, as educators and as parents, everybody has to come to that conversation, willing to acknowledge that this is the sad reality; obviously, it's not a good thing. Nobody's like, ‘Oh yes, childhood trauma.’ Nobody wants that, and I just feel that when people make their complaints about those books, usually what they say is like, ‘I don't want my child reading about this.’”

Banned books week will be September 18-24 this year. To celebrate this week, go on a blind date with a banned book and learn the lesson it has to offer. To keep up-to-date with banned and challenged books, visit ala.org/advocacy/bbooks.