Navigating the craft beer world as a woman 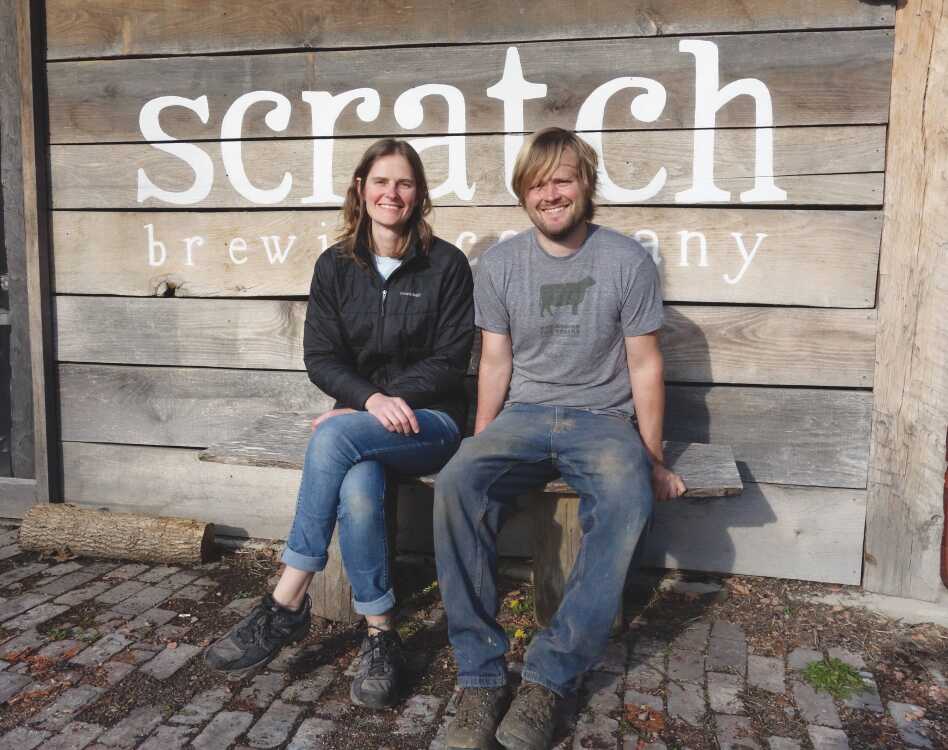 Marika Josephson and Aaron Kleidon sit in front of the Scratch Brewery sign where they try to source the ingredients for their beer from local plants.
Photo submitted by Marika Josephson

When you think of the stereotypical image of a brewer, many different images might come to mind, but the general idea of a brewer is usually a burly, bearded man. Of course, these stereotypes do not encompass the many different identities working in the craft beer world, and these four women have proven just that.

From 5-7p.m. on Sept. 22, SEMO will will host a “Women in Beer” keynote and panel discussion in Glenn Auditorium.

Executive director of the American Homebrewers Association Julia Herz will be the keynote speaker. Herz began homebrewing in her 20s, sparked by curiosity around her brother’s beer can collection growing up.

Herz started homebrewing by experimenting with a homebrew kit. Now, she is a beer judge and has won a silver medal for her and her husband’s old ale — an english style of beer — at the National Homebrew Competition.

On Sept. 22 Herz will be joined by three other women who have found success in brewing. These women are Director of Brewing for Anheuser-Busch Natalie Johnson, head brewer at Earthbound Beer in St. Louis, Missouri Danielle Snowden, and owner and brew master of Scratch Brewery in Ava, Illinois Marika Josephson.

Although these women have perfected their craft, they still face challenges in the male-dominant industry of brewing.

“People don’t look to you as an expert in brewing,” Josephson said. “We would have salespersons come in to sell us brewing equipment and they would walk in the door as I would literally be brewing, and they would ask where the brewer was. Like, hello, I’m right here.”

It’s not uncommon for women and other minorities in the beer industry to be overlooked or unacknowledged as professional brewers.

“When going to beer festivals with my coworkers, Jeff or Stewart, I am the one brewing the beers, but everytime someone comes up to ask us about the beer, they will always defer to the man standing next to me,” Snowden said.

Despite these challenges, there are advantages to being a woman in the craft beer industry. Josephson feels she is much more attuned to her staff and their needs. Four out of her eight employees are women, and she pays special attention to their comfort level when they are at the bar and interacting with customers, because she understands inappropriate behavior towards women is a possibility in this setting.

Another advantage for women working in craft beer is having access to resources and being supported by other women in the industry.

Snowden said she is grateful for her involvement in the Pink Boots Society, an organization for women and non-binary people in the brewing industry to get together and learn about different fermentation methods.

“It’s really nice to be able to get together in a safe space to talk about what we’ve been experiencing and creating,” Snowden said. “Every year we always collaborate and brew a beer together on International Women’s Day.”