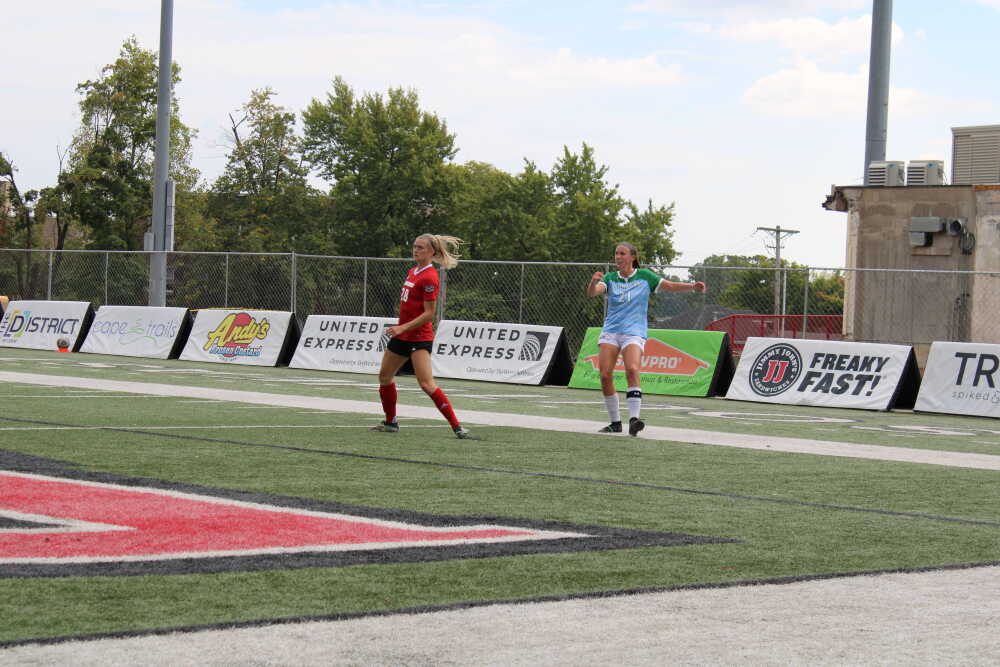 The Redhawks struggled all day with converting scoring opportunities into goals. SEMO attempted 15 shots, with 7 of them being shots on goal. Freshman defender Alayna Jakul said this is something SEMO has to improve before their next game.

“I think our intensity today was really good. We came out strong and we finished the game strong. Just capitalizing on our goals is what we need to focus on for the next game,” Jakul said.

Head Coach Heather Nelson also said the Redhawks' ability to follow through will be something they have to be better at.

“I think we had the ball a fair bit in the attacking third of the field and we need to convert those chances,” Nelson said.

Another major element defining the game was the chippiness of play on both sides. The teams combined for 23 fouls throughout the game, and 16 of those were called on Southeast. Redshirt junior forward Megan Heisserer said this level of intensity is something the Redhawks will need to come to expect moving forward in conference play.

“I think that's how it's gonna be every game here on out I mean, it's a tough battle in our conference,” Heisserer said.

Coach Nelson agreed the intensity and urgency of conference play is something that is expected.

“Honestly it's always OVC play. And now we're in a situation where every game counts for points and people are playing with more emotion and that's what you saw today,” Coach Nelson said.

SEMO will look to bounce back from this loss when they travel to Eastern Illinois on Thursday. The game will provide the Redhawks with another opportunity to get some early season footing in the OVC conference standings.