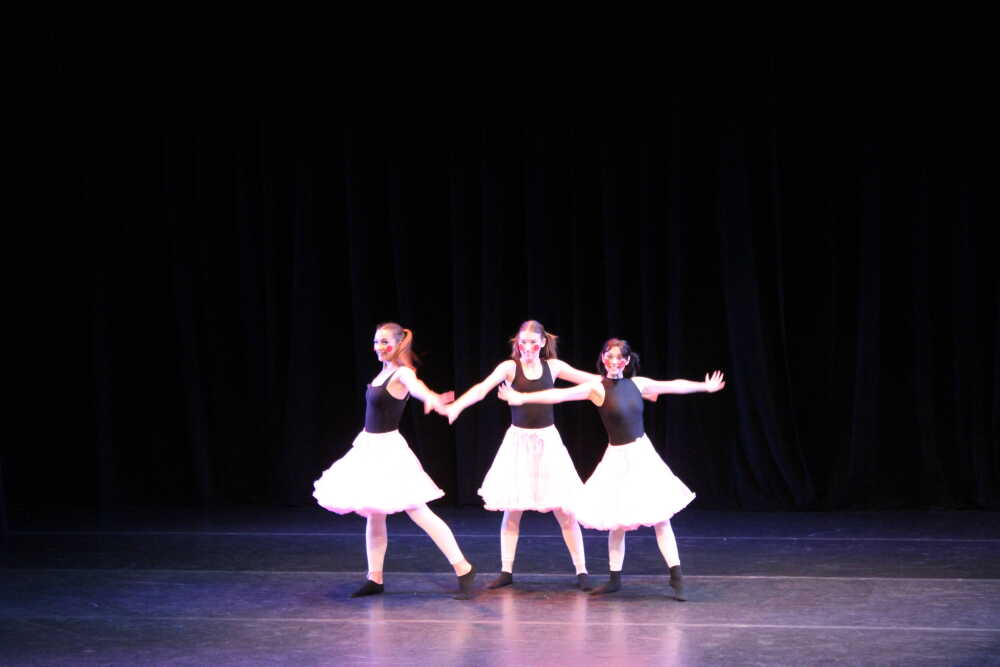 A performance like ‘Art in Motion’ usually is six months further into the semester, meaning students have had less time to rehearse their dance pieces.

Musical theater, dance and choreography professor Eden Hildebrand directed ‘Art in Motion’, and she said the show was important for students to attend and participate in.

“Art in Motion is a celebration of our students, creators, and performers. It’s an evening to showcase and give them a creative outlet that they wouldn’t necessarily get elsewhere,” Hildebrand said.

Some dancers in the show choreographed their own performances. Sophomore dance major Shonti Addison, who choreographed and danced in the performance "Retrograde," said the dance is about the medicated and unmedicated part of mental illness. Addison has been working on this dance for less than two months.

Addison is not the only student to have more than one role in this showcase; sophomore dance major De’Vontae Graham starred in three dance pieces: Thoughts of Despondency, Armageddon and Untamed.

Thoughts of Despondency is a modern contemporary piece whereas Armageddon is a contemporary tap piece. Contemporary dance is a style of dance which strives to connect the mind and body through fluid dance movements.

The Oct. 4 water main break slowed down the production of ‘Art in Motion’ because the school was closed and they were not allowed to rehearse on the school’s campus.

“Typically, we [have] about a month, maybe a little less due to the fact that some little minor things had happened, but we always find ways to go and practice and have time for rehearsal,” Graham said.

“This is the first time that Art in Motion is happening, and I thought it was a total uplift and rejuvenation from all the other dance concerts we’ve had,” Wheeler said. “We’ve kind of combined theater and acting and dance.”