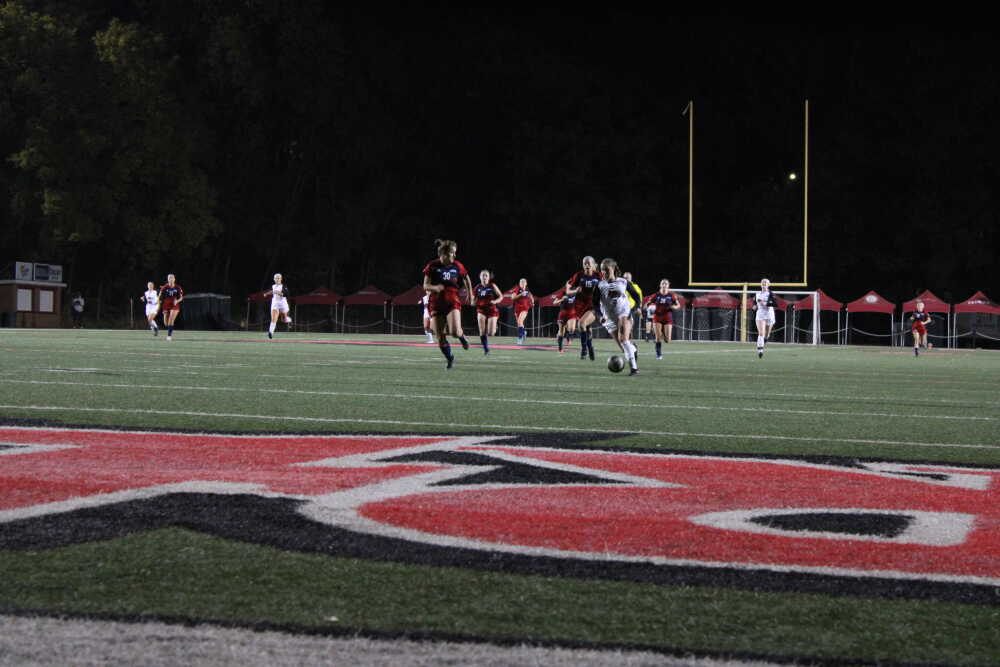 The victory put SEMO back in the winning column after a 3-0 loss to Tennessee State and a 0-0 draw against Morehead State, and it was also a victory the Redhawks had to work for.

SEMO fought hard with Southern Indiana for the first 89 minutes but had no lead to show for it. Eventually in the 89th minute with less than 10 seconds to play freshman forward Cayla Koerner nailed a clutch goal to give the Redhawks a 1-0 lead.

The goal was the perfect end to a phenomenal game from Koerner, who led the team with five shots and three shots on goal. Koerner’s amazing performance also drew high praise from Head Coach Heather Nelson.

“Today was the best performance she has had in a SEMO jersey without a doubt. In the first half I can hardly think of a time she had the ball where she didn’t make the right decision,” Nelson said.

Coach Nelson was even more complimentary of Koerner’s second half performance that led the Redhawks to victory.

“In the second half you can see her attitude there, where she was going to do everything she could to make sure we didn’t walk away without a result,” Nelson said.

The Redhawks will play UT Martin in their season finale on Oct. 23 and then will look to bring home the Ohio Valley Conference Championship in the OVC tournament.

Freshman goalkeeper Sofia Elfrink said this performance will be helpful as they look to end the season on a strong note.

“We need to carry on with this win and use this momentum to go into the next game, get another win and then start tournament play strong,” Elfrink said.

As for the tournament, Koerner said the Redhawks are taking things one game at a time.

“I’ll just say our goals are going to be taking one game at a time, and go from there,” Koerner said.

Coach Nelson agreed with this and added SEMO playing both ends will be a huge factor on how successful their tournament is.

”Our defensive organization is huge, and we’d like to attack. So we’re going to play a complete game of soccer that is end to end,” Nelson said.