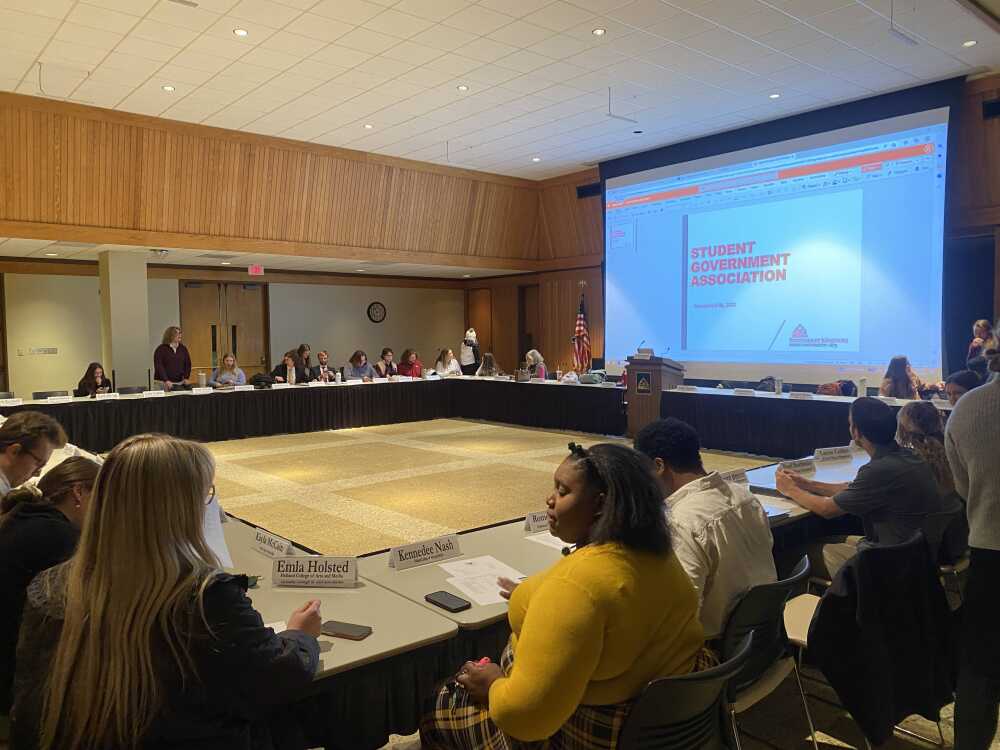 The first order of business was presenting a new Holland College of Arts and Media Senator candidate to fill an open position. Freshman BFA musical theater major Romell Johnson said he is passionate about working in government.

“In high school, I worked with a lot of student government,” Johnson said. “I just want to get back to working with the student body as a whole.”

SGA unanimously approved Johnson as a first-year SGA senator for the 2022-2023 academic year.

A funding request was presented by junior Brady O’Neal for the Student Missouri State Teachers Association for the order of $470.75 to fund costs for their Nov. 17 conference.

“The purpose of this event that we’re going to is really to help develop our professional development, our communicating skills, and our networking,” O’Neal said.

SGA then discussed the amendment of a by-law which outlines the makeup of the Dr. R. Ferrell Ervin Excellence in Teaching selection committee. The change included the omission of the requirement for senators on the committee to be from different academic colleges, and the inclusion of an eight-senator maximum for the committee.

The motivation for the change was to make it easier to fill the committee, and concerns about potential bias which might arise without the stipulation of senators coming from different colleges were brought up by several senators.

“I’m not comfortable voting yes on this unless there is a provision in place to stop bias before something else stops it,” senator John Stout said.

The amendment was voted to be re-written by the By-Law Revision Committee and revisited at the next meeting.

The night ended with a by-law revision of Section 413.01 Article VI Subsection D, which outlines the selection process for the Dr. R. Ferrell Ervin Excellence in Teaching Award. The revision would remove the phrase “Or reject any one selected member,” but would not change the meaning of the by-law.

The revision was passed by a majority of the senate.