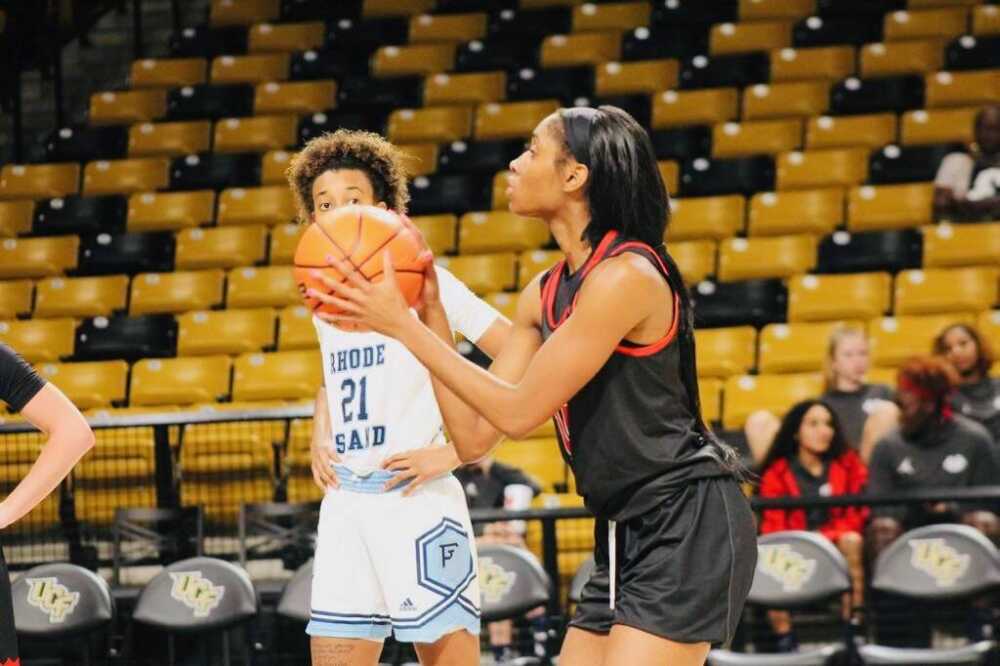 Sophomore forward Kennedi Watkins shoots a free throw during a game against Rhode Island on Nov. 26. Watkins leads the Redhawks with 91 points, 10.1 points per game and 39 total rebounds.
Photo submitted by Kennedi Watkins.

Sophomore forward Kennedi Watkins has played a major role in the early season for Redhawks women’s basketball. The preseason All-Ohio Valley Conference Team selection leads the Redhawks in points with 91. She also leads the team in points per game and rebounds.

“We really recruited her as a defensive player,” head coach Rekha Patterson said. “And our offensive game has improved a lot since she’s been here. But we’ve always felt like she could be a defensive stopper and a really strong rebounder. So if she focuses on that, and the offense happens, she has a lot of success.”

Watkins, the only Redhawk to get selected for the preseason All-OVC Team, has high expectations to live up for. Leading the team in offense and in defense gives her motivation to keep competing at a high level.

“It’s really good motivation. I get to help my team in any way and allow us to get wins, but there’s always room to improve,” Watkins said.

Those high expectations for Watkins have turned her into a leader on the court as well as on the stats sheet. Her basketball skills as well as her athleticism have helped her in the young season.

“She leads by example,” Patterson said. “She always works hard and has a positive attitude. She’s really coachable, a good teammate and those things are the top things that she does where her teammates can follow.”

Watkins’ teammates enjoy having her on the court with them. Her ability to stay aggressive and go after the basketball helps the team rally around her.

“She’s very versatile. She’s our fastest player so we can get a lot of transitions and she’s willing to go catch the ball,” junior guard Sophie Bussard said. “She’s improved her game to knock down those 15-foot shots and she’s attacking the basket.”

“I’m looking forward to playing whoever every game and to find a way to give back and grow as a team,” Watkins said.