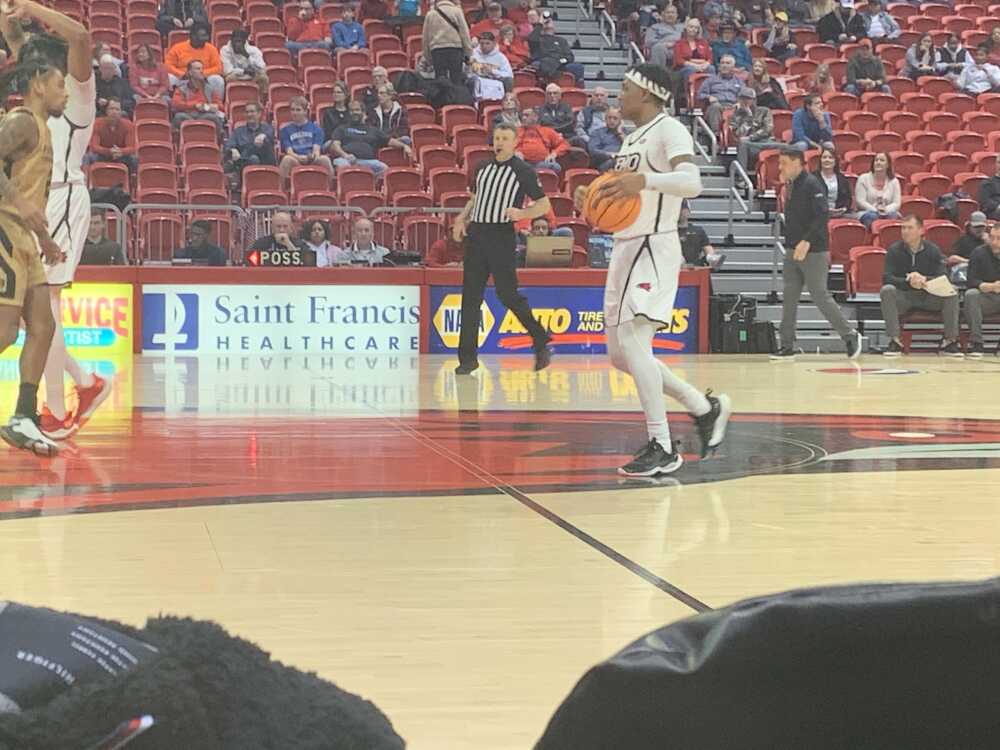 Sophomore guard Phillip Russell brings the ball down the court in a game against the Purdue Fort Wayne Mastodons on Dec. 7.
Photo by Justin Trovillion.

SEMO fell to the Purdue Fort Wayne Mastodons by a score of 68-89 on Wednesday at the Show-Me-Center, shooting 26% from three compared to Fort Wayne’s 40%.

The Redhawks opened the game with a 9-0 run, but the Mastodons came storming back to end the first half with a 41-29 lead.

Every major stat in Wednesday’s matchup was close at the end of the first half except for three-point shooting percentage with Fort Wayne ending the first half making seven of 16 threes compared to SEMO’s three out of 10.

Redhawks head coach Brad Korn thought his team started the game well, but the injuries plaguing the team eventually caught up to his squad

“I thought we came out in the first 10 minutes of the game ready to go but then we just got wore down and you could see our body language change a little bit,” Korn said.

Israel Barnes continues to be effective on offense, scoring 23 on the night. The Division two transfer shot 45% from the floor and 30% from three.

Another standout performer was sophomore point guard Phillip Russel who led the team with 25 points on 36% shooting from the floor.

Russel said the key to getting back on track is all about work ethic.

“I think getting back in the gym, getting back to work and staying together is one of the biggest things. It’s a lot easier to become divided when you lose so we have to stay together,” Russel said.

Notably, senior guard Chris Harris, sophomore guard Aquan Smart and redshirt freshman Adam Larson were ruled out of the contest due to injury.

The Redhawks have battled injury all season and have yet to play with a full roster.

Korn said he thinks his squad might have been a little worn down with all several players who normally play a lot of minutes on the bench.

“Four guys that have started games for us were out today, so I think it finally caught up to us,” Korn said. “It’s not an excuse, it's a reality.”

You can catch the Redhawks back in action at 7 p.m. on Wednesday, December 14th when they face the Arkansas State Red Wolves in Jonesboro, AR.