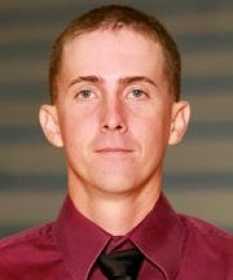 He will take over for Mark Elliot, whose contract was not renewed after compiling a record of 27-93 in six seasons at Southeast.

Moore has been involved in tennis as a player and coach for 16 years. He attended Howard Payne University where he played for four years. Before his stint at Texas A&M-Kingsville, Moore was a coach and a tennis pro at the John Newcombe Tennis Ranch in New Braunfels, Texas.

Moore coached with and for many notable people in U.S. tennis at the Newcombe Tennis Ranch. Coaches such as Dick Gold, Brad Dancer, Roy Emerson and John Newcombe gave him experience and insight in coaching the game of tennis.

"Getting to coach with some of the best coaches in the game was a great experience for me," Moore said. "It made me the coach I am today, and I am truly grateful for that."

He has taken his knowledge of the game and used it to help coach some of the top talent in U.S. tennis including Ryler Dehart, a former No. 1 NCAA singles tennis player who also made it to the second round of the 2008 U.S. Open.

Moore also coached Kevin Anderson, a professional tennis player who beat then No. 3-ranked player in the world Novak Djokovic in a 2008 tournament.

His biggest and most recent accomplishment came in 2011 at the Prada mixed doubles tournament where he coached Austin Carola and Kelsey Schwind to the championship.

Moore said he chose Southeast for many reasons, including the location of Cape Girardeau.

"I have family about an hour away, the location was a huge part for me," Moore said.

Southeast returns six players from last year's team. Moore sees this team as "having a lot of potential to be good."

The Redhawks finished last year with a 5-12 record but are hoping to forget about that and start new.

Moore would like to sign two more players, but knows he can work with the current players.

"It will be a tough road if no new players are added," Moore said. "But I think we have a lot of talented players on this team."

The Redhawks return junior Elizabeth Nyenwe, the OVC Freshman of the year in 2011. Nyenwe's career singles record as a Redhawk is 13-11.

"We will make steps in the right direction this season to get better and work harder in practice every day," Moore said.

The players have been working with Moore in individual workouts on a daily basis.

"Having coach Moore as our coach will make us a better team," Nyenwe said. "I'm excited about what we can accomplish this year."

The Redhawks began full practices on Monday. The team's schedule has not been released yet, but matches for the tennis team will begin in January of 2013.