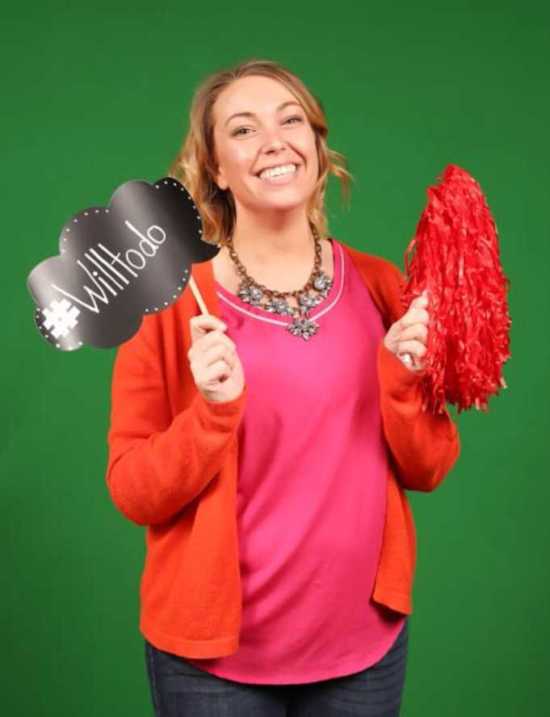 The social media accounts from Southeast Missouri State University have gradually been receiving more attention from students and the community. Posts ranging in subjects from Southeast president Carlos Vargas to a chalk drawing in front of Academic Hall have been appearing on followers’ feeds and are then shared around the internet.

Facebook, Instagram, LinkedIn and Twitter are just a few of the social media platforms Southeast uses to connect students with the university. Only one person oversees all the main accounts on those sites, and that person is Southeast alum Katie Amrhein.

“This position at the university was not even a job when I started college,” Amrhein said. Amerhein started taking classes at Southeast in the fall of 2011.

Originally from O’Fallon, Missouri, Amrhein came to Southeast having no idea on what to major in. She started out as a journalism major before changing to english, but that still did not feel that was the area of study for her. She decided on corporate communications, where she eventually participated in an internship with the Chamber of Commerce. 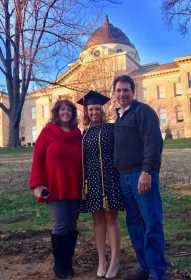 Amrhein graduated from Southeast with a degree in corporate communication. She now is in charge of all of Southeast's social media accounts.
Photo submitted by Katie Amrhein.

“That is really where I got my start,” she said. “A lot of businesses will see that when you have a communication background and you are young, they will say, ‘Here, take our social media!’”

The corporate communication program gave Amrhein a good background in social media because she learned about organizational cultures as well as how to draft a message and reach the intended audience. After she graduated, she still did not know what she wanted to do in the field. She landed a job at Old Town Cape, Inc. to run the organization’s social media accounts.

Amrhein said one of the reasons she wanted to stay in Cape Girardeau after she graduated was because she loved the downtown area so much. “When a lot of our students think of Cape, they think of it as home, they think of downtown,” she said.

She said running the social media pages for Old Town Cape, Inc. differed from her time at the Chamber of Commerce because she looked at the analytical side of her posts rather than just creating. Amrhein had more responsibilities other than running the accounts, but that was her favorite part of the job. When she saw the job posting from Southeast to only run the social media accounts, she jumped on the opportunity.

“I build content about the month prior,” Amrhein said. “I look at the calendar and see what is going on. Then I watch Twitter, and I see who is tweeting at us and what hashtags are trending. During homecoming I’ll be tweeting a lot more. During the summer, students are not here and if nobody is messaging us then I will tweet less.”

Amrhein works with university goals to showcase what Southeast is all about, but she gets to decide what to talk about in her posts.

“One thing that we are starting now is we want to include all of our regional campuses,” she said. “It’s easy to get caught up in what’s [on main campus], but everyone in Sikeston, Malden and Kennett, they are Southeast students too.”

Amrhein said she sees current students on Twitter, prospective students on Instagram and alumni and parents on the Facebook page. She said the different audiences on the different social media sites call for different messages, but she uses the same voice throughout. 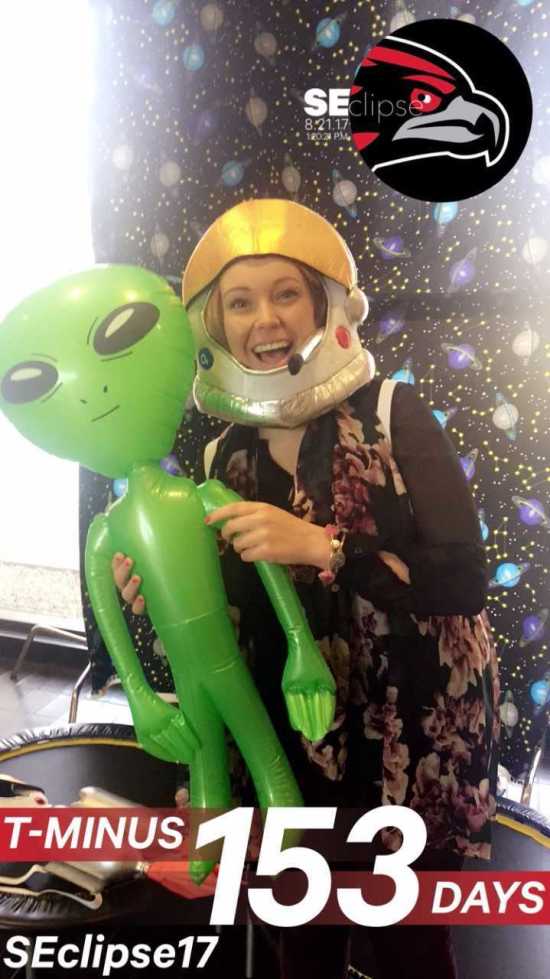 Amrhein gets excited for the eclipse that will pass through Cape Girardeau on August 21.
Photo submitted by Katie Amrhein.

“Part of my job is having Twitter open all the time,” Amrhein said. “If there is a certain meme that’s going around or there’s a certain hashtag that everyone is using, then I see if I can work something in.”

So far, she has remained mostly anonymous to the followers of the Southeast social media accounts.

“For the most part, the followers don’t know who I am, but my friends know that I run it,” she said. “My friends will send me screenshots of someone talking about the Twitter account, and I get really happy because they don’t know it’s me.”

Amrhein said she does not know how long she will work in social media because it is constantly changing.

“I’m just going to go with the flow until I get too old to keep up,” she said, laughing. “Social media is different now than it was even a year ago. I don’t know how many years until it gets too much.” 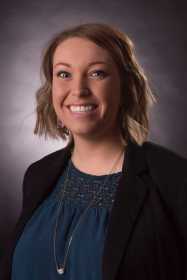