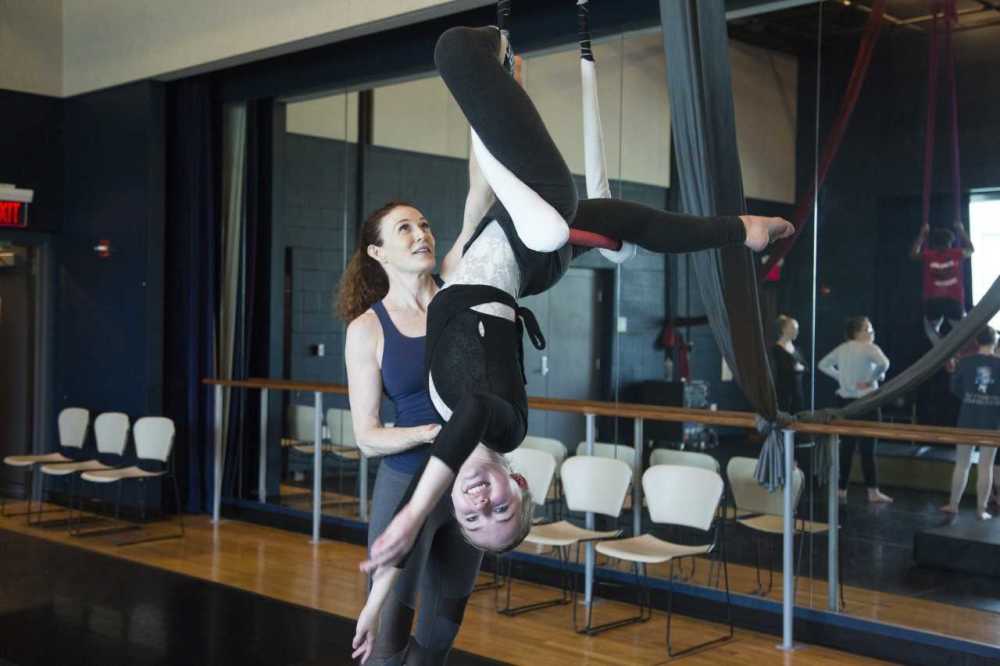 “It happened by fluke; I started out with aerial yoga, and … there was something really interesting about it to me when I was going through the training and I was learning how much of a connection the aerial stuff had to dance training,” she said. “[I learned] how strong its implications were in terms of how they could enhance the training of dance technique.”

As a result, she decided to participate in another workshop focused specifically on aerial dance and later get certified in the artform.

The interest in aerial training came from Lauren Jones, a friend of Peterson’s who owns The Edge Fitness Advantage studio in Cape Girardeau. Jones is also certified in aerial skills, and has years of dance experience from working in a professional ballet company. She is one of the developers of Southeast’s program as well.

Southeast will be using the Born to Fly model of training, which was developed by California-based aerial dancer Rebekah Leach and which offers certification in programs such as yoga, aerial fabric, aerial hoop, aerial rope and trapeze.

Peterson said there has been a lot of campus interest in the installation of the program, particularly from students who have taken prior classes at The Edge.

“Last spring, I did some classes at The Edge Studio and just offered them to the dance students, and they were [consistently] coming,” she said. “Since we got the system over here, the students have just been clamoring. … There’s a lot of interest in terms of what the possibilities are for them.”

The new program is beneficial to students who want to make a living as dancers later because it broadens their skillset and challenges them to get creative with their styles of expression. 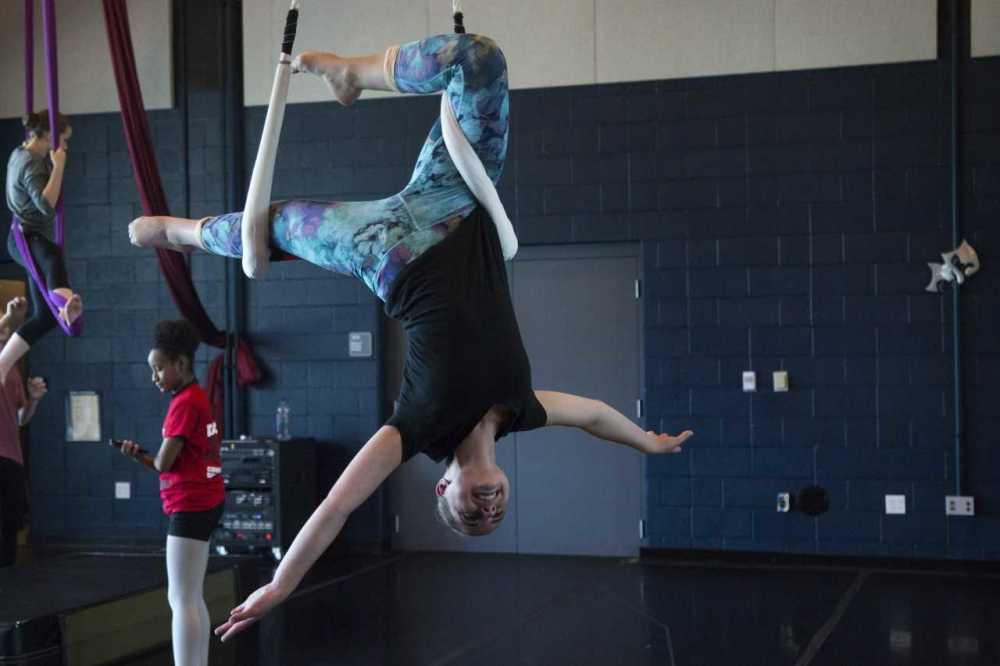 “The aerial training gives you a sense of accomplishment … because it requires so much strength and body awareness,” she said. “If you’re doing something in college that pushes you farther than you think you can go, then once you get out there, if you’re being asked to do something more than you think you can do, you can kind of think back to that, and it kind of sets up those good life skills.”

The implications of aerial dance are broadened beyond the dance studio, and the possibilities are only as limited as one’s imagination.

“If they see a park playground, [they could think], ‘What if I took that park playground and decided to use my aerial knowledge and combine that into my venue for a performance?’” Peterson said. “Just looking at different ways to artistically express yourself and what those intersections are — how can dance intersect with everything in our lives; it’s not just dance on the stage.”

When the program is fully implemented, students will be able to have lessons in trapeze, rope, sling (a swing-type apparatus), hoop (also known as lyra) and silks.

While some may cringe at the thought of soaring through the air on only a rope or other small apparatus, Peterson said the program builds participants up in both body strength and height.

“The way you’re training it, you’re building yourself up strength-wise and height-wise,” she said. “We all start low to the ground and build the skills progressively.”

Aerial dance has been rising in popularity in recent years, with companies dedicated specifically to the craft in Chicago, Boulder, Colorado, and other studios throughout the United States.

Peterson has welcomed the opportunity to learn a new skillset, expressing her excitement at getting to learn again.

“I think the biggest takeaway for me in pursuing this is that I get to be a student again,” she said. “It’s a new form of artistic expression for me; it’s a new avenue that I can venture into in terms of what I can do creatively with dance.”