Women’s lacrosse will soon be added as a new intramural sport. Although not official yet, there are a lot of people interested in it, men’s lacrosse club president Pito Lopez said.

“Once I saw that post I had people messaging me about our club asking if it’s a girls’ and guys’ club, but the thing is girls’ and guys’ lacrosse are two different sports, seeing a girls’ club pop-up on Living at Southeast really got me excited for it,” Lopez said.

Any student who is interested in lacrosse can join, not just those who have played in the past. The intramural team can be a good place to join for those starting out.

“I expect anybody who played in high school and did not go on and play in college, and then anybody else who is particularly interested in the sport. Lacrosse is the fastest growing sport in America right now, so it can really take off with anybody,” Lopez said.

Women’s lacrosse club has the potential to draw interest of not only students at Southeast, but also others in the Southeast Missouri area too. It can reach out to high schools who do not have a program to consider adding one for lacrosse, Lopez said.

Along with bringing more attention to lacrosse, the club also has other positive effects on its members. 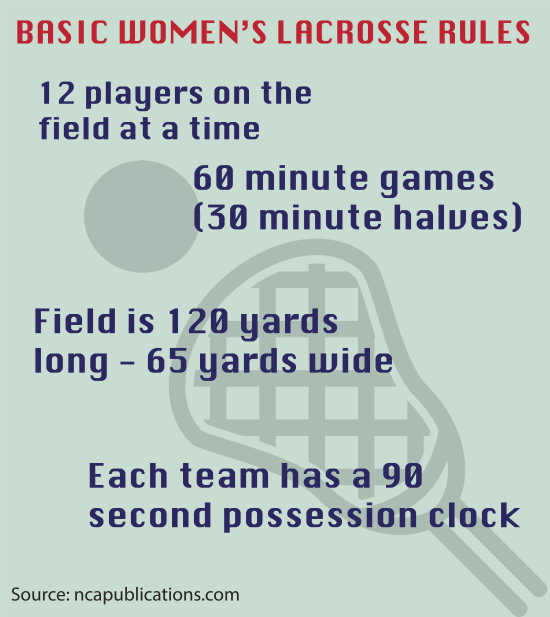 “It’s doing what you love, and that’s exactly why I started the men’s team, was because even though I had offers to smaller schools, I wanted to go to Southeast and continue doing what I love. Which is something I feel like athletes understand for the most part is that you want to keep playing the sport no matter how old you get,” Lopez said.

Although the men’s and women’s teams will be both practicing at Southeast, they plan to not have conflicting schedules for practices.

“I’ve reached out to the women’s team, and we practice from 6 p.m. to 8 p.m. on Mondays and Wednesdays, we have two fields, so we could definitely share some fields with them,” Lopez said.

As for fees in joining the club, there are fees for participating in joining leagues and having home games, Lopez said.

When it comes to equipment, the men’s club has their members buy their own equipment, but for the women’s club Lopez is unsure if equipment will be provided or not.

Lopez has big hopes for the club and hopes that one day it becomes more than an intramural sport at Southeast.

“I hope it becomes a sport at Southeast. For the women’s team I hope they have a strong season, and I hope the program grows into a level of legitimacy like it is at Missouri State or at Mizzou,” Lopez said.

It is unknown right now if the women’s club will have games or tournaments outside of Southeast, Lopez said. The men’s club has a game at Southern Illinois University Carbondale on Nov. 4. For more information, visit the “Intramurals and Club Sports” page at Semo.edu.