*Editor's note: The use of the terminology "barcade" was changed to "arcade bar" to avoid infringing on a trademarked brand name.

Coin-Op Cantina in downtown Cape Girardeau will be hosting a free Klask Tournament at 9 p.m. Friday, with prizes going to the top five places. 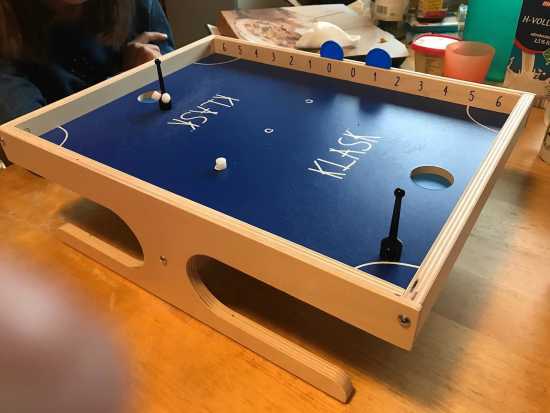 The winner will walk away with the honor of his or her picture in the “Hall of Champions” and a Klask game to take home.

It’s a strange little game with a surprisingly large following: Klask is a table-top board game that Jason Mungle said he found on the internet.

Mungle is a part-owner of the downtown arcade bar. Besides craft beer on draft, the place is filled with old arcade machines and games like skee-ball, darts and pinball. Add to that list, Klask.

Because he has two other partners in the business, Mungle said he mostly runs the tournament game nights once a month at the bar. He said he’s always searching for new games, and Klask “just kept popping up” on his social media news feeds. 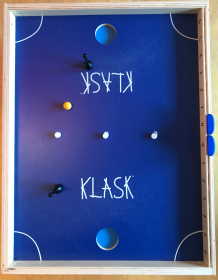 Klask is played with two people, each of whom control a striker from underneath the game surface with a magnet. The object of the game is to use the striker to knock the ball into the other player’s goal. 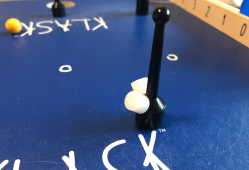 But there’s a catch.

Unlike other tournaments at Coin-Op, Mungle said the competition will begin promptly at 9 p.m., so participants should try to register no later than 8:45 p.m.