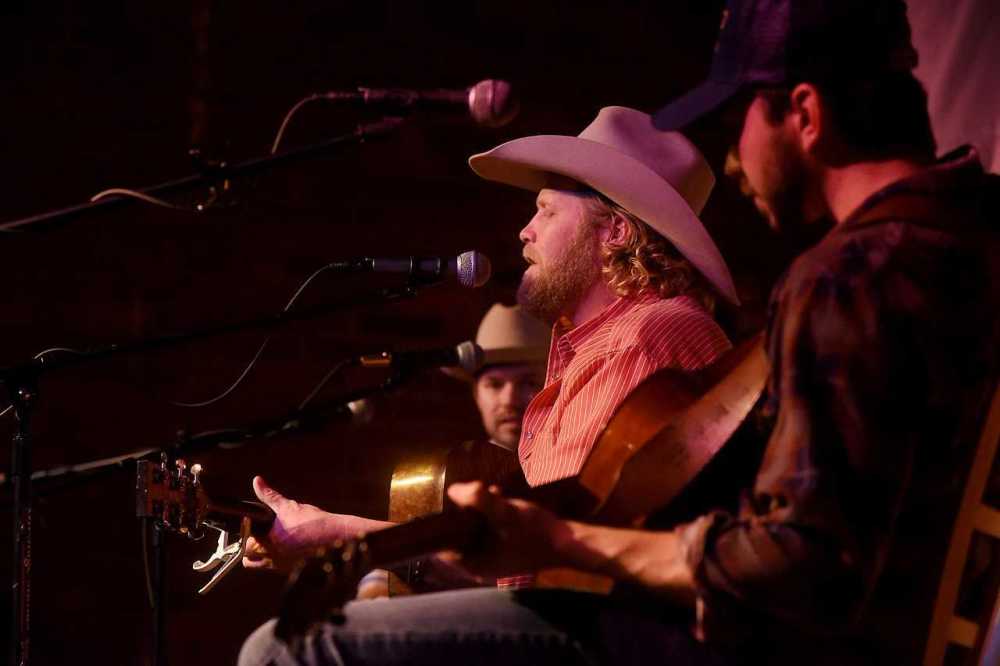 John D. Hale picks through an original song at the Sit Down and Shut Up songwriter's round Feb. 3 at Port Cape Yacht Club.
Photo by Laura Simon

The concept of a songwriter’s round is nothing new. Artists who pour over their original songs often get together to present them to the world. Four local country songwriters brought that format to Cape Girardeau for Sit down and Shut up (a Night of Songs) at the Port Cape Yacht Club Feb. 3.

Event promoter Evan Webb said the lineup of artists consisted of himself and three guys he knows personally from playing music in the area. He invited them to help out with this first attempt at a songwriter’s event that he hopes will continue and grow.

“We all play in bands where we make a lot of noise,” Webb said. “Sometimes the songs just get lost in that atmosphere. So I wanted to create an outlet for songwriters to perform the stuff they’ve written for people who really want to listen to the song and be a part of that experience.” 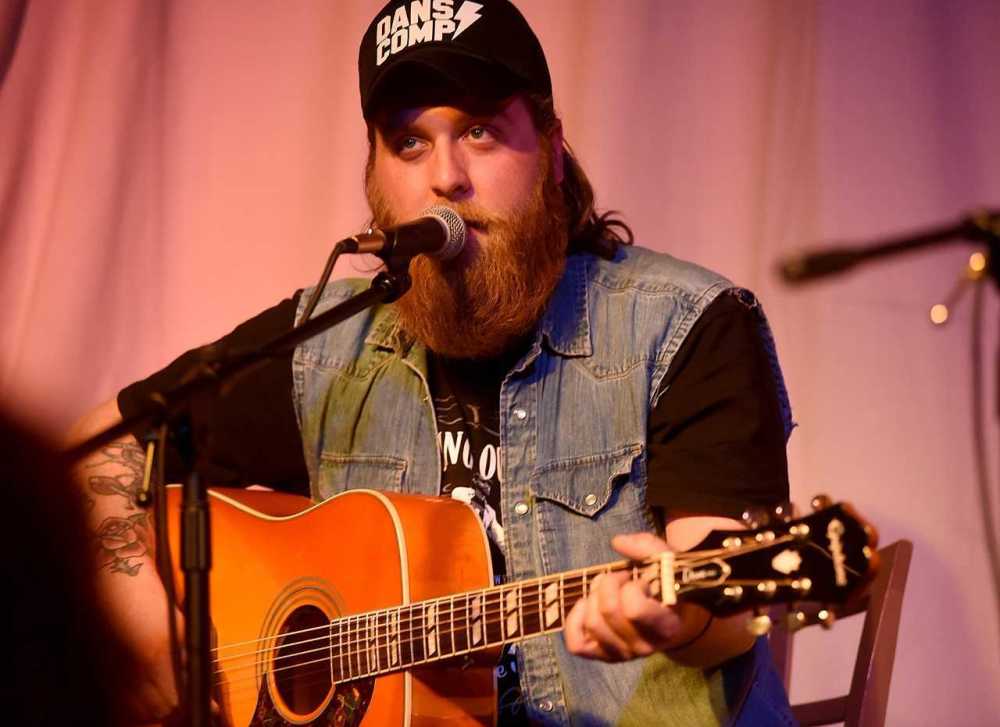 Kasey Lee Rodgers plays an original song at songwriter's round Sit Down and Shut up (A Night of Songs) at Port Cape Yacht Club.
Photo by Laura Simon

Kasey Lee Rodgers, Adam Hellman and John D. Hale, who Webb called one of the original outlaw-country-red-dirt guys in the area, rounded out the lineup alongside Webb.

“It's a very open format, so we were doing a lot of cracking up at each other’s expense and just telling goofy stories and having fun with it. It wasn’t anything too serious,” he said.

Webb said the event brought a turnout of some 90 people who were there to listen and were invested in the performance. 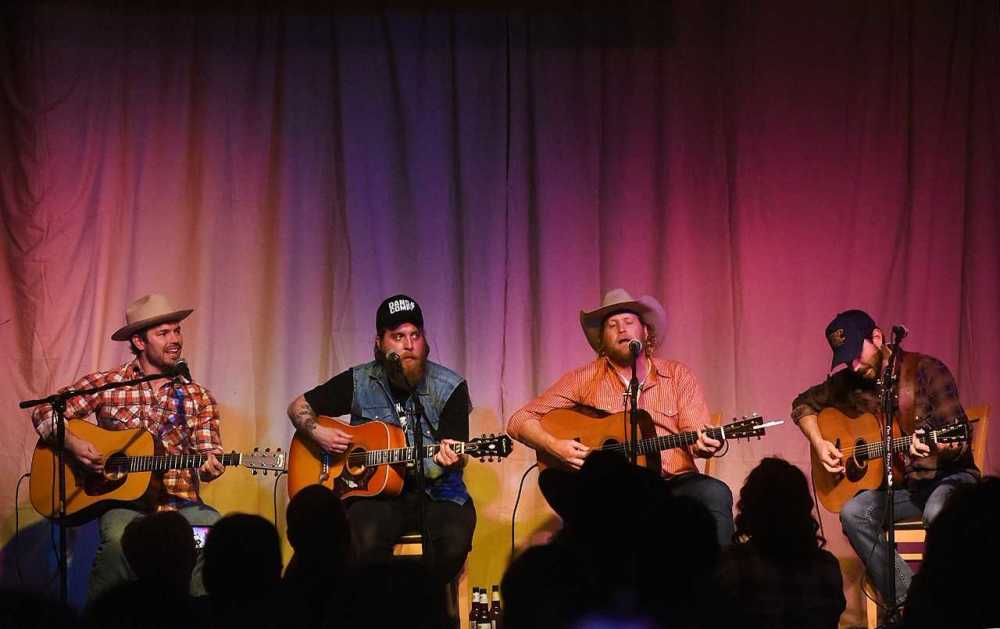 Songwriters from right to left, Adam Hellman, Kasey Lee Rodgers, John D. Hale and Evan Webb, at Sit Down and Shut Up (A Night of Songs) at Port Cape Yacht Club.
Photo by Laura Simon

“I wanted people to have the experience of being a fly on the wall in my kitchen on a Sunday morning as I’m having a cup of coffee trying to write some song because my head hurts from drinking too much,” he said.

The concept, he said began after seeing the format of a songwriter’s round in other cities.

“Why not here? Why not in Cape? Let’s create that,” he said. “There’s not a lot of that type of show that happens here but we can do different things like this, we’re not just a community that has good cover bands.” 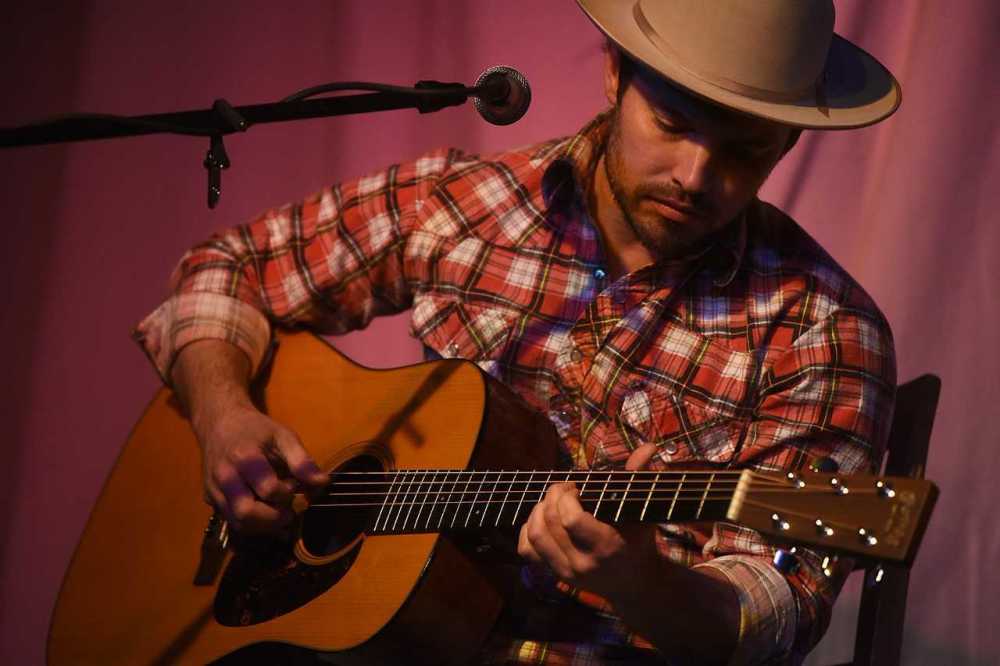 Adam Hellman performs at Sit Down and Shut Up (A Night of Songs) Feb. 6 at Port Cape Yacht Club.
Photo by Laura Simon

Webb said the event’s somewhat aggressive title sets a precedent for what the musicians are looking for in a crowd.

“We want the people who take the time to feel out what the writer is trying to say and really give them a listen,” he said. “I want to create that atmosphere for listeners and for the artists.”

According to Webb, more “sit down and shut up” song-nights will be on the way soon. Versatility, he said is the main goal for the event: to feature as many artists and styles of music as possible.