A reunion of punk rock 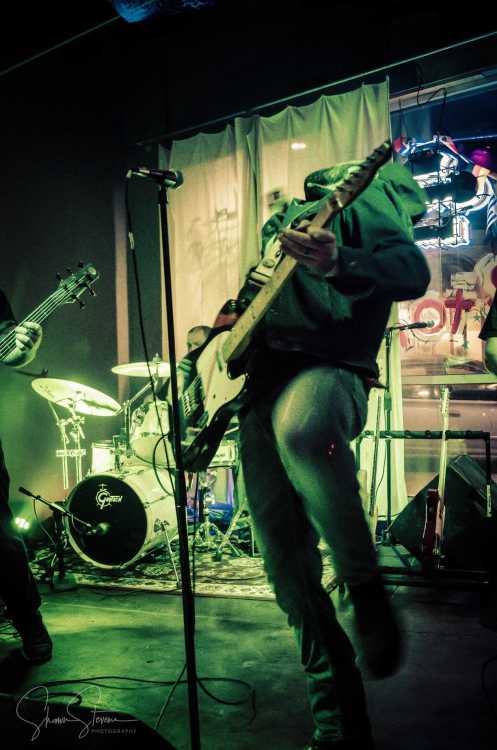 Josh Tomlin of the Scatterguns performing at the CGMO Rock Show Feb. 17 at the Hangout.
Photo by Shawn Stevens

The CGMO Rock Show at the Hangout on Feb. 17 brought four local bands together before a crowd of longtime friends and fans for a show that ran nearly four hours.

One attendee said the show felt more like a reunion of the city’s punk-rock community than a traditional concert. 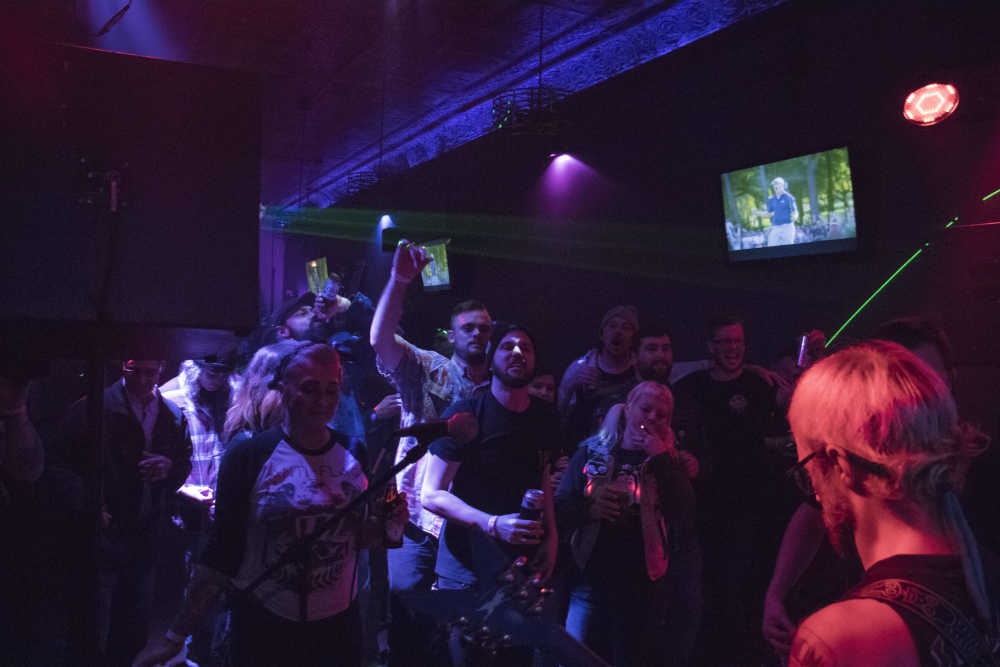 The crowd at the CGMO Rock Show sing along to a song from Guy Morgan and the FT Crew at the Hangout Feb. 17.
Photo by Kara Hartnett

The event had been set to take place in a larger venue that ultimately closed, but the move to Hangout did not seem to hinder the audience or the artists, who each took the stage in true rock ‘n’ roll fashion to deliver 40-minute sets of original songs.

Dyami Cluney and the Second Hand Spirit opened the show, with front man Cluney singing from behind the drum kit. Guitarist Taylor Moore’s fingers were reportedly bleeding by the end of the set. 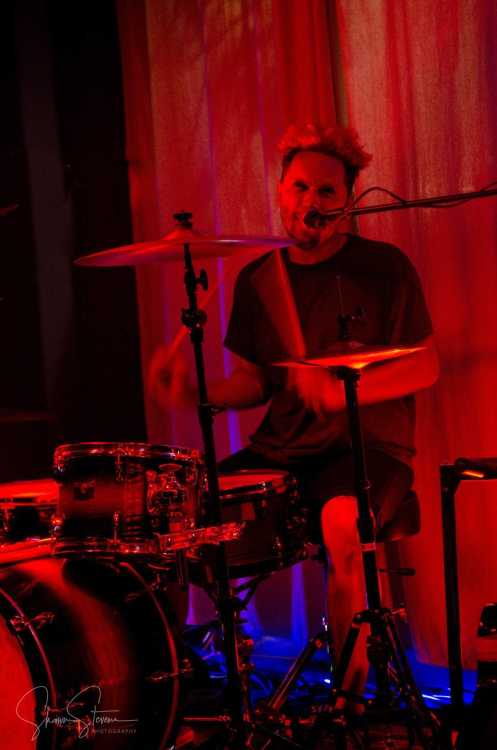 Dyami Cluney of Dyami Cluney and the Second Hand Spirit sings from behind the drum kit at the CGMO Rock Show Feb. 17 at the Hangout.
Photo by Shawn Stevens

The Scatterguns followed with their brand of southern punk rock, driven by guitarist Joe Ettling’s screaming lead licks and Curtis Baber’s heavy bass lines. The crowd became rowdy when Partee Nate joined the group on stage for their final — and most well known — song, “Pistol Knife!”

The Scatterguns blast through their set at the CGMO Rock Show Feb. 17 at the Hangout.
Photo by Shawn Stevens

The next band in the line-up, Gary Robert and the Community, presented what is debatably the city’s purest punk sound. Robert has been playing for more than 40 years and showed no signs of slowing down Saturday night.

“In the middle 80s I was in L.A. during the punk movement,” Robert said. “There were a lot of clubs and people into the music. We have a lot of post-punk influences, from Joy Division, Lou Reed, Velvet Underground. I’ve been playing original music since I can remember.” 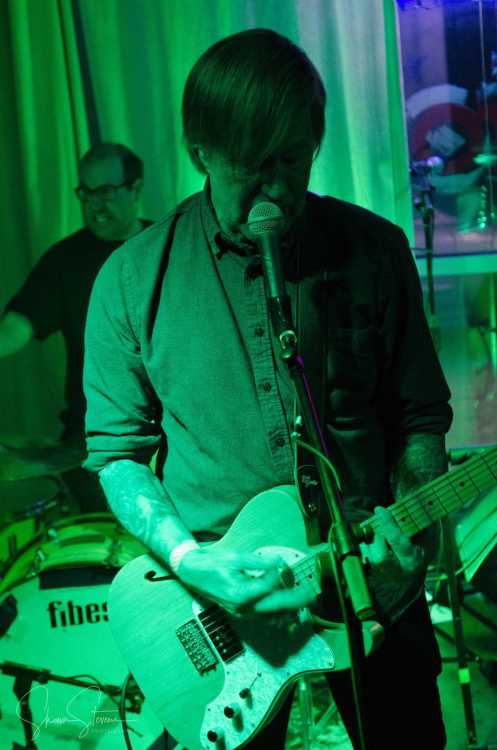 Gary Robert of Gary Robert and the Community performs at the CGMO Rock Show Feb. 17 at the Hangout.
Photo by Shawn Stevens

Robert said a reliable PA system is one of the most important factors in live shows. That responsibility was tackled by the Babers brothers, TK and Curtis, who maintained quality sound and a synchronized light show throughout the night.

The show was rounded out by the intricate guitar work and walking bass notes of pop-punk die-hards Guy Morgan and the FT Crew, who have been gigging the Midwest since 2008.

“We just want to keep writing and keep playing these songs,” Nate said. “We’ve been doing this for over a decade. Many shows, many towns.” 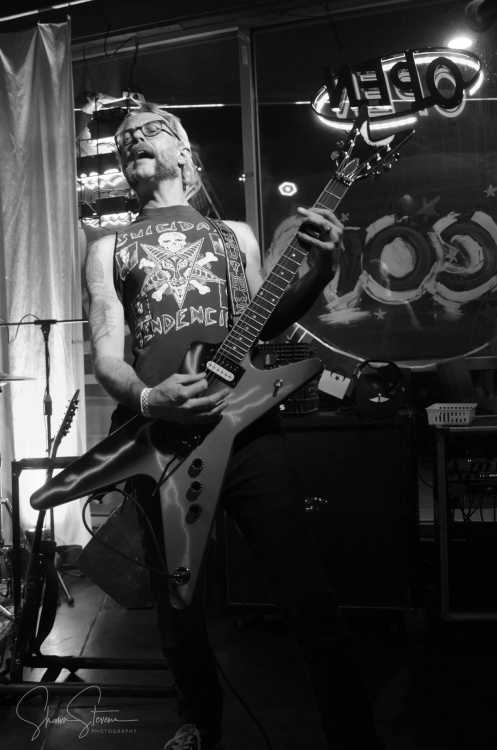 Partee Nate of Guy Morgan and the FT Crew delivers a guitar solo at the CGMO Rock Show Feb 17 at the Hangout.
Photo by Shawn Stevens

Nate said they have played with a variety of bands so fitting the type of bill that was the CGMO Rock Show was seamless.

“Getting new people in there and checking it out is what it’s all about,” he said. “A lot of our fans were out there and a lot of faces we hadn’t seen before, so we totally dug it. We haven’t played the home town in a real long time so it was good to get back up there and just rock out for everybody. That’s the most important part to me.”

“People just need to come out and see bands,” he said. “Obviously not everybody likes every genre. I don’t care what you play, I either like it or I don’t but I’m still going to check it out.”

The show was made possible by the support of half a dozen local businesses who helped with advertising and other costs. The Cape Girardeau Roller Derby Team was also present in full force, some wearing roller skates.

"When the organizers of the CGMO rock show asked if we wanted to make an appearance we were thrilled," said Kristin Rickman, spokesperson for the Roller Derby Team. "We had a great time at the show and look forward to future events within the community."