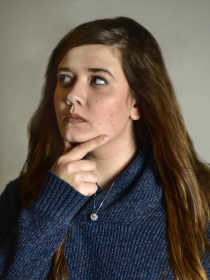 I grew up as a preacher’s daughter. I have seen firsthand the ways people can be hurt by religious folk, burned by the place they were supposed to be safe, their faith destroyed.

But the newest wave of sexual abuse scandals are rattling dioceses throughout the Catholic Church in ways completely foreign to me.

If you’ve never seen the word ‘diocese’ before, you’re not alone. Here’s a crash course for everyone who missed Catholic vacation bible school:

Southeast falls within the Springfield-Cape Girardeau diocese, which recently announced it would launch an internal inquiry of the diocese dating back more than five decades. This comes on the heels of sexual abuse reports across six Pennsylvania dioceses, where a grand jury found church officials had concealed several decades of abuse by upwards of 300 “predator priests” to more than 1,000 children.

I don’t know about you, but I’d find it hard to put my faith in that kind of leadership, no matter the organization.

Director of communications for the Springfield-Cape Girardeau diocese Leslie Eidson told the Southeast Missourian that there have been reports of abuse by nine priests in the diocese over the years.

But here’s the big issue: this a recurring problem within the Springfield-Cape Girardeau Catholic diocese.

In 1973, Cardinal Bernard Law was named the bishop of the Springfield-Cape Girardeau diocese. A decade later, Law was named the archbishop of Boston, where his reputation took a hard turn. Law, who was once seen as one of the most powerful and respected bishops in the United States, fell from grace in the early 2000s. That’s when his cover-ups of child molestation became public through a criminal trial of one of Law’s priests in Boston, John Geoghan.

As complaints against Geoghan were made, Law would simply remove him from the parish where he was running into trouble and assign him to another parish.

If you haven’t seen the 2016 Academy Award-winning film “Spotlight,” now’s the time.

Law resigned from the Boston Archdiocese shortly after his cover-ups came to light. But he was later appointed to be an archpriest of one of the four major basilicas of Rome.

Is ‘corrupt’ an adequate description of Law’s career?

These are hardly the only instances of sexual abuse by Catholic priests, but to save us all some time, let me get to the point.

I have seen people I love abandon their faith over the ugliness and evil perpetrated by others. It happens everywhere, across all forms of religion. People let themselves be vulnerable in the presence of something they believe to be holy or inherently good, and then they get hurt.

That’s not our vision of God or faith or church. Pain was never part of the plan, so when we experience it in a context we weren’t prepared for, the wound feels deeper and stings longer.

When I was young, a church friend my age lost her father in a freak accident on his way home from work. When we were in high school, her mother died in a car accident.

At the funeral, my dad said something that has stuck with me and probably always will. I can’t quote him verbatim, but it was essentially this: “When tragedy happens, you have two options: you can either run from your faith or you can run to it.”

In broader terms, I think that’s the choice we have in all areas of our lives. We cannot control what comes our way, which form of evil we encounter, or how badly and often we get hurt. But we can control how we move forward.

Is there a way forward for the parishes of the six Pennsylvania dioceses? What about the victims of assault from the men they instinctively trusted? From an outsider’s perspective, it’s impossible to say.

But while they figure it out, let’s all say a quick prayer (or whatever you do instead) for swift and unwavering justice.