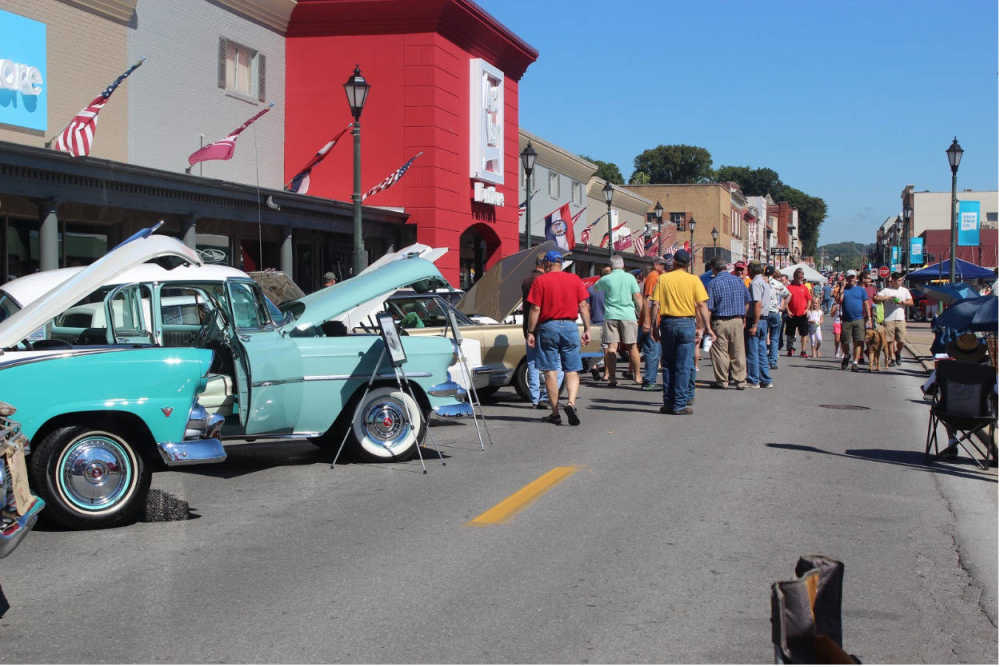 The show was open to spectators and featured 32 classes of display-only cars and show-cars from the 1900s to early 2000s that were broken into categories such as hot rods, modified cars, and original cars for judging.

Dave Smith took home first place in “1900-1954 Classic Cars” category with his 1932 Ford Model A. The car has been a multi-generation heirloom to his family, passed down from his grandfather to his father, who recently passed away leaving the automobile for Smith. 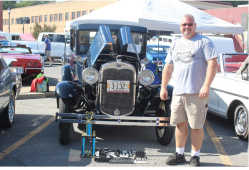 Dave Smith with his first place trophy in front of his 1932 Ford Model A.
Photo by Daria Lawson

“We restored the car together. My father passed away in May, so this is the first car show I came to with the car since his passing,” Smith said. “We brought the car down to pay homage to him. It means a lot to win in these shows, especially for my father because I know he would be proud.”

The show has undergone many changes over the years. From 1977 to 2007 the show was held in Capaha Park.

In 2008, the show moved downtown, where it has remained.

“The show has gotten a lot bigger,” said long time River City Rodder member Rick Crow. “There are some guys in the show that have been here since the beginning, but I've seen cars from Indiana and Michigan, even Tennessee; they just keep coming from further and further places,” Crow said.

Don Jacobs, who used to help his father organize the event when he was younger, has been a member of the Rodders for two years.

“The show draws the community together, and pulls a lot of foot traffic downtown,” Jacobs said. “These events are important because they get a new generation interested in the subject and it can introduce them into being more social.”

The event brought in novices and experts alike. Self proclaimed car enthusiast Bill Townsend is one expert who has attended multiple car shows in Missouri this year.

“It brings people to town, and encourages socializing, and maybe if they aren't from Cape they'll want to visit again.” said Townsend.

River Tales Classic car show is held every year on the second Sunday after Labor Day.