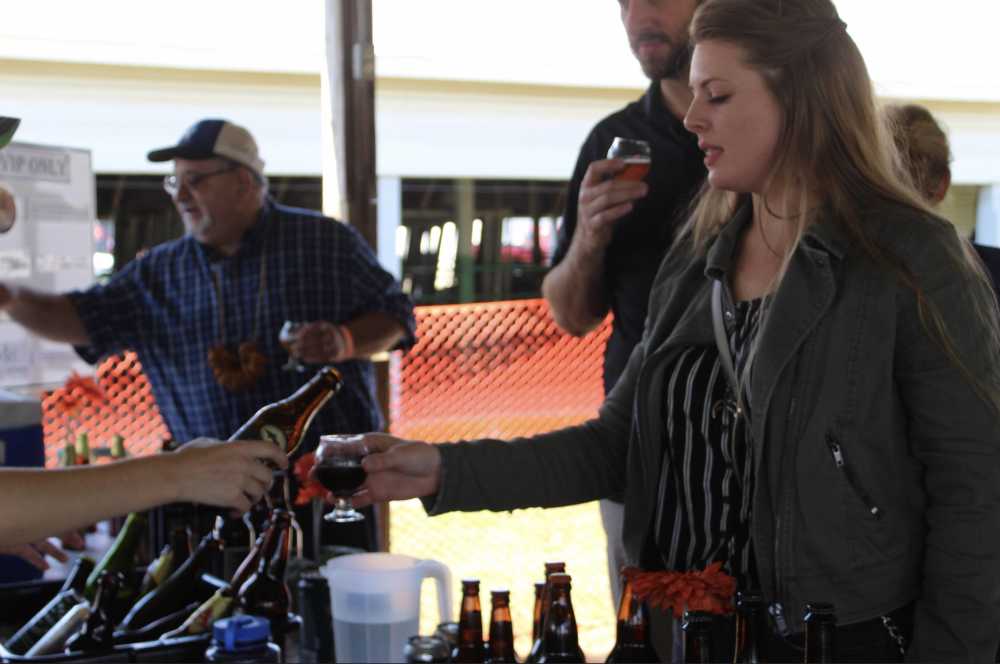 Lauryn Pedroza sampling beer in the VIP tent at the Craft Beer Festival on Sept. 29
Photo by Brooke Holford

The sign on the pavilion read “Livestock show arena,” but the crowd of people were not there to see cattle — they came to enjoy 150-plus craft beer samples, live music and food, all while supporting a good cause.

The occasion was the seventh annual Cape Girardeau Craft Beer Festival, hosted by the Community Counseling Center Foundation on Sept. 29 at the First State Community Bank Pavilion in Arena Park.

General admissions tickets were $30 and allowed guests to try as many beers as they wanted. This is different from other festivals in the area because it is typically individual tickets are offered, and once the tickets are gone, the tasting is over.

“Here, you can really taste as many as you want without having to buy additional tickets or worry about the amount of tickets you have. You really get to taste the different styles,” said Daniel Byrne, a home brewer and attendee of the event.

Community Counseling Center Foundation executive director Mary Burton said that with the help of her team and the volunteers, nearly $30,000 was raised. The money will go toward the center’s mission of providing comprehensive behavioral health and prevention services to every person in need across five counties, Burton said.

She said more than 750 people attended the four-hour event, so the venue was consistently packed.

With 40 different microbreweries from Missouri in attendance, all with their own unique flare, there were plenty of options for guests to choose from.

“Craft beer is all about local,” said Joleen Durham, one of the owners of the Piney River Brewing Co.

Several attendees concurred, noting their favorite part was getting to sample beers made from local breweries, some which they had no idea even existed.

Durham and her husband, Brian, are from Bucyrus, MO, between Springfield and Poplar Bluff, in the heart of the Ozarks. She said that they wanted to make a beer that was made and distributed in the Ozarks and about the Ozarks. It also leads to beer names such as “Float trip Ale,” because that is something that Durham said is a “quintessential Ozark experience.”

Some regular attendees of the event said the atmosphere, one where they can kick back and enjoy some beer with other members of the community.

“Cape Girardeau does a lot of really nice festivals, and this is one of them,” said Joel Rhodes, Southeast professor and event attendee said. “It’s nice to see members of the community get together and support a great cause, and also have fun while doing it.”