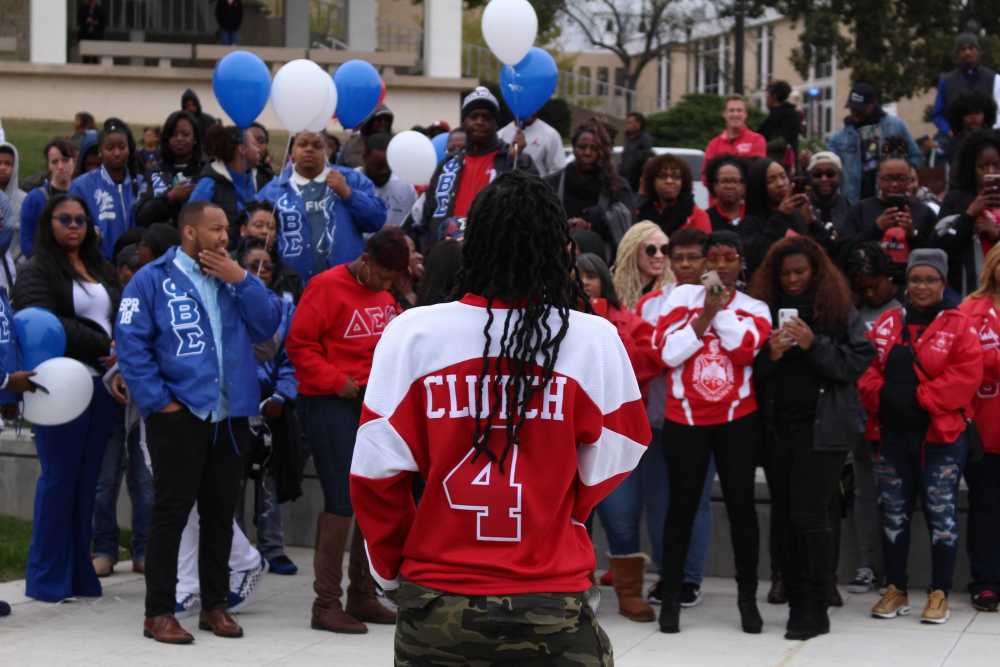 A ribbon-cutting ceremony was held for the National Panhellenic Council Plaza in dedication to the campus and the chapters it recognizes on Saturday, Oct. 13.

Although the opening of the plaza was in August, the dedication ceremony was held on homecoming, which allowed students and alumni to celebrate together.

“This is the first introduction our alumni have gotten to the plaza so this is their first time seeing it,” Jaleea Hudson-Wilson, president of the NPHC, said. “This is a really big historical day for us.”

The ceremony included speeches from charter members and alumni from almost all of the sororities and fraternities, who talked about what the dedication of the plaza meant to them.

One of the alums who attended was Dr. Jamal Rasheed, a member of Alpha Phi Alpha. He was one of the first to give his speech.

“I’m proud to see all of you here today, even though we wear different colors,” Rasheed said.

It also included short speeches from the presidents of each organization, who introduced themselves and gave a brief description of the history of their organization.

Hudson-Wilson said this year has been different because the organizations became closer.

Southeast president Carlos Vargas gave a short speech about the university’s support for the plaza and recognized three alums for significant achievements since graduation.

“We need to keep working on this; this is not the end of it,” Vargas said. “We need to continue to build the university and build the diversity.”

Hudson-Wilson and Andrea Cox, the previous NPHC president, were presented with framed pictures of themselves taken when the plaza was opened. The pictures were a gesture of appreciation for their contributions to the creation of the plaza.

After everyone spoke, balloons were released in honor of alumni of each chapter who passed away. They used two balloons per alumni, one of each of the organizations colors, and wrote the names of the alumni on the balloons. 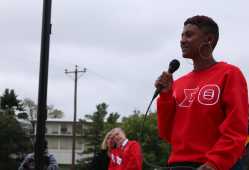 Amid reverent silence, the sororities and fraternities took turns announcing for whom they were releasing balloons.

Rasheed was struck by the show of unity at the event.

“Somebody asked me a few minutes ago, they said, ‘Did you ever envision seeing this on this campus?’ and I said, ‘Not in my wildest dreams,’” Rasheed said.