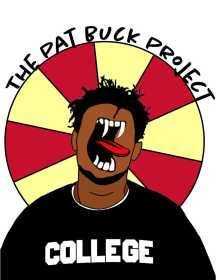 This is the re-emergence of the “Best Rapper Alive,” a colossus that once towered over the world of rap music and whose demise was almost a certainty. But with the release of “Tha Carter V,” what seemed like a demise now looks more like a stumble.

After five years of legal battles, infighting, and even a tour-bus shooting, Lil Wayne has finally delivered one of the most anticipated albums of the decade. With virtually no official roll out and numerous rumored release dates, Wayne offered up the fifth installment of his famed “Carter” series.

Burdened with half a decade of build up, “Tha Carter V” had some big shoes to fill. “Tha Carter,” first in the legacy came covered in New Orleans’ trademark bounce and was structured mostly by Mannie Fresh production. “Tha Carter II” was a lyrical assault to the standards of radio personalities and any other dirty south detractors. Simply put, “Tha Carter III” is the most sensational album in Wayne’s discography, and “Tha Carter IV” is forgettable, yet still explosive.

Bridging the gap between “Carters” were a series of mixtapes. Those mixtapes served as his creative vehicle, and his most thoroughbred fans have grown to understand his body of mixtapes is just as important as his official discography.

Lil Wayne stans have completely ignored some albums because they weren’t as potent as his mixtapes. Across those tapes he uses an entirely different flow and untamed energy. Full of unexpected collaborations and independent covers of his choosing, the “Dedication” mixtape series was an indelible influence on “Tha Carter V.” The unfiltered “Weezy-ness” of the mixtape content blends inexplicably well with the bordered feel of previous albums.

Of undeniable importance to Lil Wayne’s musical subject matter is his mother, to whom he’s dedicated song after song and included on “Tha Carter V’s” artwork. It’s fitting her voice would be the first heard on one of his most important albums. On track one, “I Love You, Dwayne,” we hear Jacida Carter’s voice as she weeps happily over a voicemail verbalizing her pride for her son and his accomplishments. The track starts the long-awaited album off on an emotional note and a reminder that if you leave someone a voicemail — they’ll probably put you on their album.

Lyrically the second track, “Don’t Cry” begins as a letter from the darkness and turns into advice and warnings of treacherous behavior. Featuring the late XXXTentacion for the hook, the chorus is a cry itself, and it segways perfectly to Wayne’s head-down flow. The standout here is XXXTentacion, who was murdered earlier this summer in Florida during a robbery. XXX was unaware of the collaboration at the time of his death, but cited Lil Wayne as one of his favorite rappers in his XXL Freshman interview. “Don’t Cry” is definitely effective as a leading cut and Wayne does a good job of getting in his bag to switch the flow, dance around the beat, and execute continuous rhythmic releases. This is where Lil Wayne starts the narrative that plays paramount in this entire album, his across-the-board embattlement of the past five years.

Track three is a well deserved pat on the back from Lil Wayne to Lil Wayne. The chorus samples “Dedication” from “COLLEGROVE,” the 2016 collaborative effort between 2 Chainz and Lil Wayne. The pair rap:

“You tatted your face and changed the culture.

You screamed, ‘Suu whoop,’ and them gangsters loved you.

You bought a Bugatti so you could flex.”

The track pays homage to Wayne’s impact on the rap game, which has influenced artists from every rap era since he began with Hot Boys in 1997. This is the track confirming Lil Wayne as a stylistic reference point. This same energy brought us “Dr. Carter,” where Lil Wayne revives hip-hop from an operating table and “Best Rapper Alive,” where he explains his claim to the crown while cycling through flow after flow with ease.

One of the biggest hits off the album so far, “Uproar,” already has its own dance challenge going viral less than a week after releasing. Throughout the track, Wayne warns his enemies to ease off before he causes an uproar. Swizz Beatz’ explosive production transforms the song into a banger instantly. While Lil Wayne performs backflips all over the instrumentation, all you can think about is how mean a Harlem Shake Swizz did during the video he posted shortly after the album’s release. As fun as the song is, it gets extremely repetitive after a listen or two.

The next track, “Let It Fly” featuring Travis Scott, is hit or miss. The song had been shelved since 2014, when Travis teased the song and tweeted:

“Me and Wayne did something crazy for C5 on my momma ima cry if that album don’t come out.”

It was dope to see Travis Scott appear on a Lil Wayne album, as a fan of both, but I wasn’t sure about the sound of the song at first. The chorus hit awkwardly, but after it settled the beat started to resonate and Travis started rapping with purpose. So I’m sitting there, wondering why Travis Scott was going so hard (besides this being “Tha Carter V”), and suddenly Lil Wayne starts a verse in fourth gear. Right there he showcased his insane ability to play with one word over a bar or three and repeat that action until he’s spit for 32 bars all while using words and his accent to do a trapeze show. Lil Wayne defies bar lines like a talented thief slipping between lasers in a museum. He disappears and reappears in the middle of lines and delivers one-two punches in split seconds.

The biggest hit on the album, so far, is track 8, “Mona Lisa” featuring Kendrick Lamar. This track was also teased once in 2014 and again in 2017 by “PharmaBro” Martin Shkreli when he acquired an unreleased version of “Tha Carter V.”

The song chronicles the adventures of Lil Wayne and a female, Liz, who trick men into taking her home so Wayne can rob them. He and Kendrick take opposing sides in the song, Kendrick being the mark and Lil Wayne being the thief. It’s a tough cut that creates drama and enthralls you to the story. Currently, “Mona Lisa” sits at number one on Spotify’s United States Top 50 chart.

At 23 tracks, “Tha Carter V” starts to weigh on listeners early on, but for the entirety of the album is where Lil Wayne gets deep into his feelings in previously unheard ways. “Famous” finds Wayne dealing with the woes that come with fame, while “Mess” sees him just trying to find clarity in the mess that describes as his love life. On “Dope New Gospel” Lil Wayne draws inspiration from himself to feel blessed, and “Can’t Be Broken” is a proud declaration of his strength and position in the rap game. Despite all the emotion poured into those songs, the most emotionally ardent track on the album is “Let It All Work Out.” Here, Lil Wayne bares his soul and surprises even his most devout fans by telling us all his biggest secret at once.

At 12, Lil Wayne found his mother’s pistol and shot himself in the chest, almost killing himself. For years since then, he’s told us all that it was an accident and that he was toying with the gun. In the third verse of “Let It All Work Out,” Lil Wayne gives us a play by play of the real story. According to the lyrics, his mother wouldn’t allow him to rap for Cash Money, so he went to get her gun, attempted to reach his aunt, who didn’t answer. After that, he shot himself, missed his heart by centimeters, and claims to have woken up and had a talk with God about it.

No one could have asked for half of this kind of honesty. Telling this type of truth is what creates and cultivates a cult following. There is never any doubt about the authenticity of Lil Wayne’s lyrics because he’s always been this upfront with his fans and has delivered a convincing flow time and time again. That honesty, however, will not save “Tha Carter V” from true criticism.

The final version of the album was put together in a few months after years of delay, scrapped tracklists, and earnest preparation. Its 33 producers were tasked with giving the album a modern feel so songs like “Let It Fly” and “Mona Lisa” didn’t sound exactly like 2014. That’s great and pretty smart, but it’s obvious and not always effective. Lil Wayne’s bipolar rhyme schemes can only carry a track so far, and some tracks fail him as a rapper instead of supporting him. He’s doing his job above expectations, but his assimilation into the body of the tracks isn’t quite seamless.

Maybe it’s the expectations that stand to hold this album back, as great as it is. No recent album has been this anticipated, especially from a legendary artist like Lil Wayne. The problem is, our anticipation plays with our anxiety to make the unexpected seem much larger than is feasible. In essence, no matter how much you anticipate the return of Jesus, you’d be surprised (if not a little disappointed ) to find out he’s estimated to have been 5 foot 1. “Tha Carter V” is an impactful and reassuring album, as far as Lil Wayne’s stature is concerned, but it’s slightly underwhelming after you look past the lyrical magic tricks and backflips.