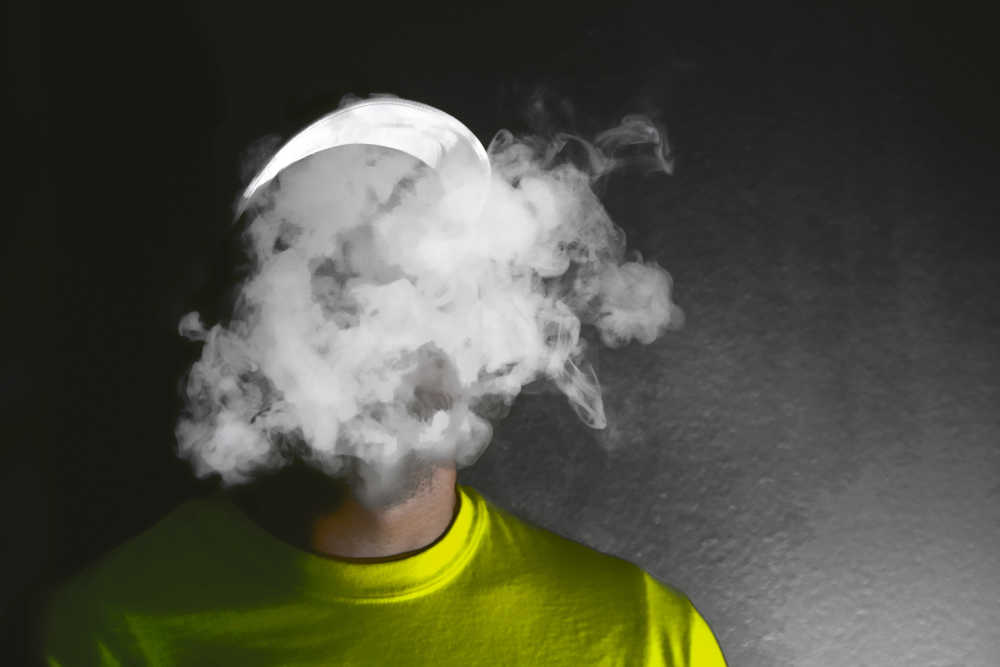 Within the last year, the nicotine-vaporizer JUUL has been made available in more than 20 locations in Cape Girardeau County — reflective of a trend on Southeast’s campus and across the nation. JUUL now accounts for 72 percent of the e-cigarette market worldwide according to the New York Times.

Vaping devices generally have been considered a tool to stop the use of cigarettes or chewing tobacco, but a new wave of smokers are becoming addicted to their JUUL before ever using tobacco.

Discrete, easily concealable and available in a variety of flavors, the device is not much larger than a flashdrive.

Southeast junior Samuel Kehrer said that he started vaping in high school, and never has had a cigarette habit, but still suffers from nicotine addiction.

“If I don’t have it in my hand, then something feels a little off. It kind of feels natural to have it,” Kehrer said.

Southeast senior Jay Wade also feels he is addicted to his JUUL, but he considers it a more healthy alternative to cigarettes.

“I feel like you grow a dependency on it because of the nicotine, but it’s not as bad as smoking cigarettes,” Wade said.

Though the device is common among students Director of the Office of Residence Life Kendra Skinner said university policy strictly prohibits tobacco products, as well as e-cigarettes and “products or devices used to smoke or mimic smoking — such as hookahs and vaporizers.”

Despite the strict policy, resident assistants have said that it is difficult to enforce.

“If we see that a certain student or resident is not complying and is always having to be reminded of the tobacco free campus rule we have confiscated JUULs in the past and have given them to the hall director for further action,” resident assistant at Towers East Morgan Holmes said.

Interchangeable “JUULpods” are available in a variety of flavors such as cool mint and mango, with nicotine percentages from 3 percent to 5 percent.

Taylor Moore, manager at Soo Vape and a former smoker, said about 60 percent of the customers that buy JUUL products from his store are college students, while the other 40 percent are older adults. He said while JUUL is not without its risks, it is proven to be less harmful.

“No one’s going to tell you that vaping is harmless, or there’s nothing in here to worry about. Nicotine is a stimulant, it impacts your brain, it does stuff. That’s why you’re putting it in your body,” Moore said.

He said that JUUL products are desirable because of their accessibility and the similarity to the feel of traditional smoking.

“A lot of the products we sell are catered to substantially lower nicotine levels,” Moore said. “If you’re not used to that nicotine consumption, a lot of people aren’t mentally or physically prepared for that. When you hit it, it takes about 60 seconds to 2 minutes to get into your bloodstream. If you take six or seven quick pulls off this thing you’re gonna feel that. Which can have some pretty unwanted effects. Too much nicotine makes you nauseous and headaches and stuff.”

In terms of cost, he said, regular use of JUUL roughly equates to buying one pack of cigarettes a day. He also said most vape alternatives are cheaper.

Dana Moore, a nurse practitioner at Southeast Primary Care, said the effect of nicotine on adults in their early 20s can be more harmful than it would be for older adults.

“Your brain continues to develop through your mid-20s, and when people are uniquely at risk for developing a nicotine dependence, even including problems with mood disorders, impulse control, this nicotine will affect them,” Moore said.

She said this causes a greater likelihood of a lifelong dependence on nicotine. Additionally, Moore expressed concern about a renormalization of smoking — something that society had been trending away from in the past couple decades. She said vape users have a higher chance of transitioning into smoking cigarettes and are more likely to “dual use.”

“They may use e-cigarettes when it’s more socially acceptable and continue to use traditional tobacco products otherwise,” Moore said.

She said the volatile organic compounds which are responsible for the flavor and odor of vape liquids have been known to cause cancer.

As of August 2017, JUUL products will be subject to FDA regulations within the next five years, according to the American Cancer Society.

The FDA carried out a surprise inspection of sales and marketing tactic documents at JUUL headquarters Oct. 2, in relation to what they call an epidemic of “regular nicotine use among teens” according to the New York Times. This after JUUL CEO Kevin Burns said they already handed over 50,000 pages of internal documents.